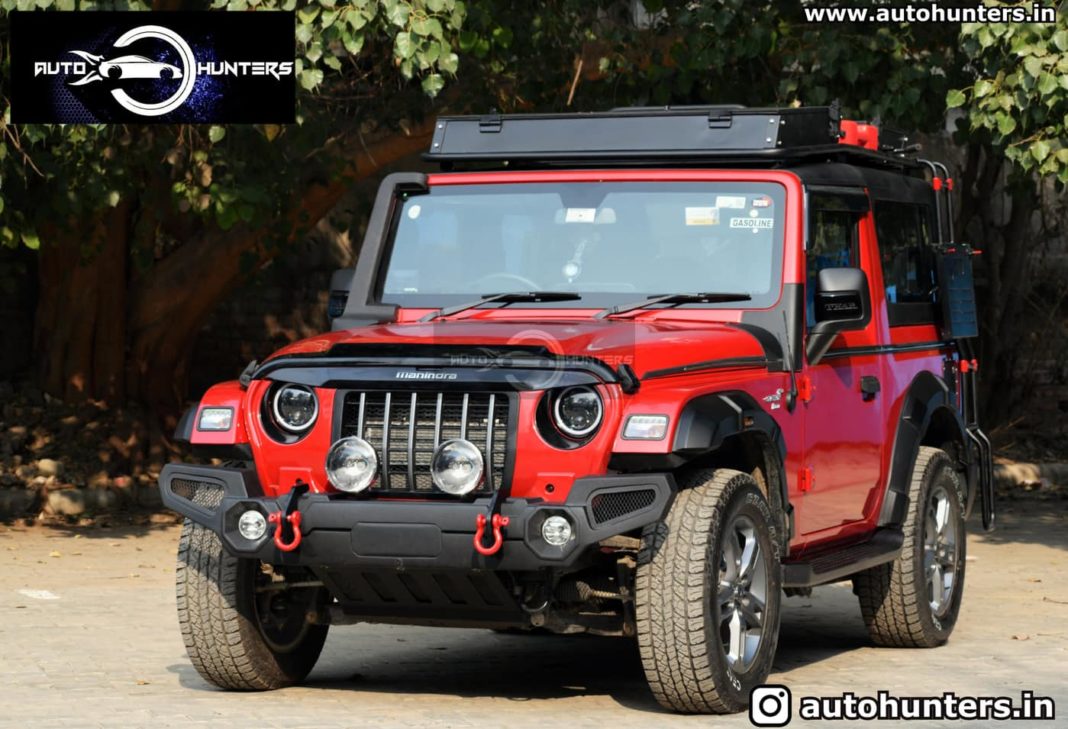 Check out this customised Mahindra Thar, built by Bimbra 4×4, which gets plenty of adventure-ready upgrades

The second-generation Mahindra Thar was launched in October last year, and its popularity in the Indian market has been soaring since. In fact, the demand for the SUV is so strong, Mahindra & Mahindra had to increase the production of the Thar, and is planning to do so yet again. Interestingly, a lot of owners have customised their Thar mere days after taking delivery!

Here we have another modified Mahindra Thar, which has been built by Bimbra 4×4. The images of this vehicle have been shared by AutoHunters, and the SUV looks extremely impressive in these pictures. At the front, we see a new off-road bumper, with integrated fog lights and two tow hooks. Two auxiliary lamps have also been mounted on the bumper.

The headlamps are aftermarket LED units, and a snorkel has been added to the vehicle as well. The roof gets a massive roof rack, with multiple integrated carriers and additional space for other items. At the sides towards the rear, there’s a ladder on each side, with panniers for jerry cans. The rear bumper is custom as well, and there’s a tow hitch in the middle. 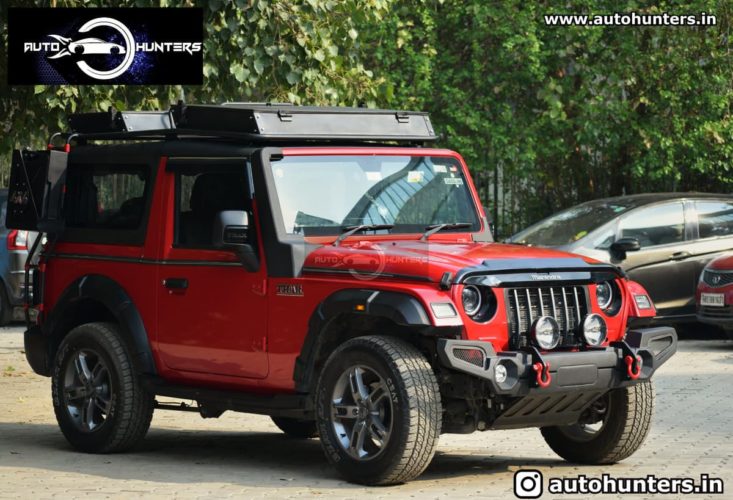 Also, this particular model seems to have the ‘Dark Lord’ package, which is an official accessories kit offered by the manufacturer. The final result is a butch looking SUV, which looks ready for an adventure. This model is a petrol-automatic variant with a hardtop roof. No changes have been reported under the hood of the vehicle. 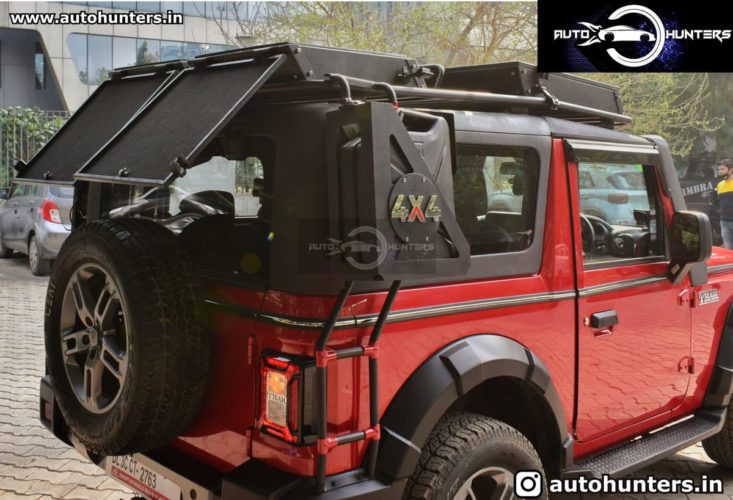 Transmission choices include a 6-speed manual and a 6-speed automatic gearbox. A part-time 4×4 system is offered as standard, along with a low ratio transfer case. As for the price, Mahindra Thar is currently priced from Rs. 12.10 lakh to Rs. 14.15 lakh (ex-showroom, New Delhi).