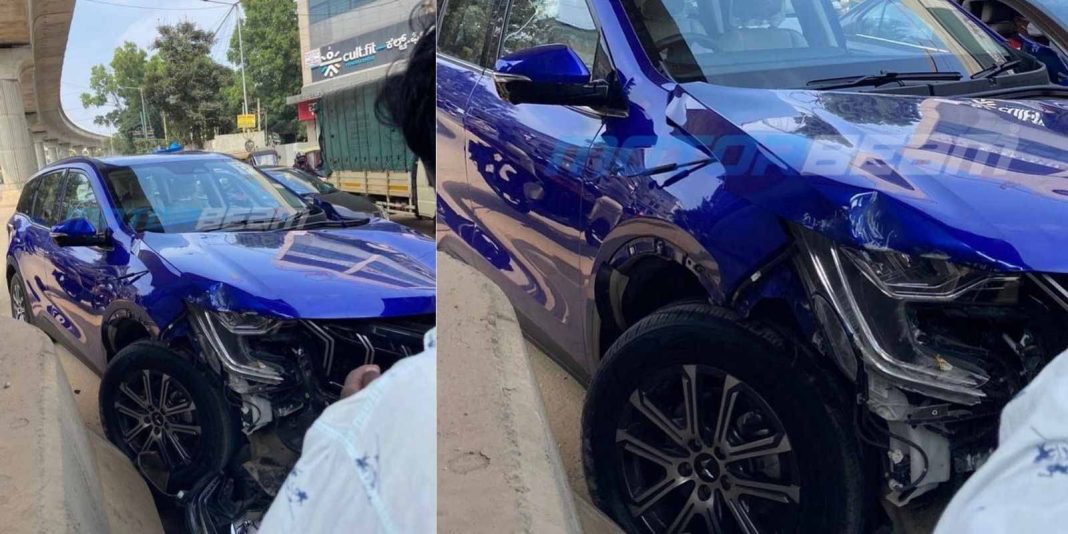 Mahindra XUV700 is one of the highly sought after passenger cars in India this year and it has been a success across the board for its aggressive and expansive price range, powerful engine lineup and a host of advanced features inside the cabin and also on the driver-assistive side. The XUV700 was awarded five stars by the Global NCAP crash test organisation as well.

Proving its high standards of build quality, here we show you a set of spy pictures of the midsize SUV. The unfortunate accident occurred in Bengaluru, Karnataka but no more details are available yet. It must be noted that the accident is the first major crash the XUV700 has been involved in so far on public roads and every passenger has escaped fatal injuries.

The vehicle could be a demo piece or a customer vehicle but the front end is heavily damaged but it seems to have absorbed the impact. The grille section, headlights, bonnet and front bumper are damaged heavily but behind the front fascia, the pillars remain intact showcasing the structural rigidity of the monocoque SUV that replaced the XUV500. 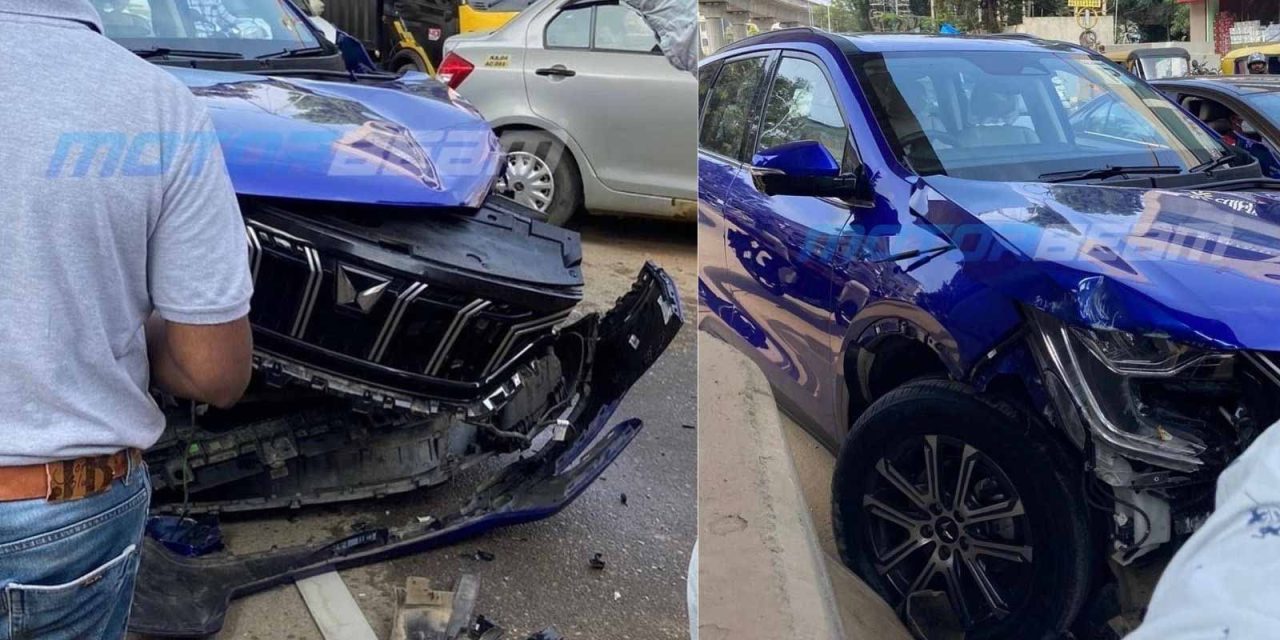 The airbags were not deployed though raising concerns that the driver might not have worn one or that the impact would not have been significant to have the airbags opened. The XUV700 was judged by GNCAP to full five stars in adult occupant and a highly commendable four stars in child occupant category even for the base model.

The prototype was equipped with dual front airbags, ABS and ISOFIX anchorages, and GNCAP suggested that the safety standards could have been further improved if side airbags, side head curtain airbags, Electronic Stability Control and three-point seatbelts in all seats were made standard. Due to its high popularity, the XUV700 commands a waiting period of more than a year for select variants.