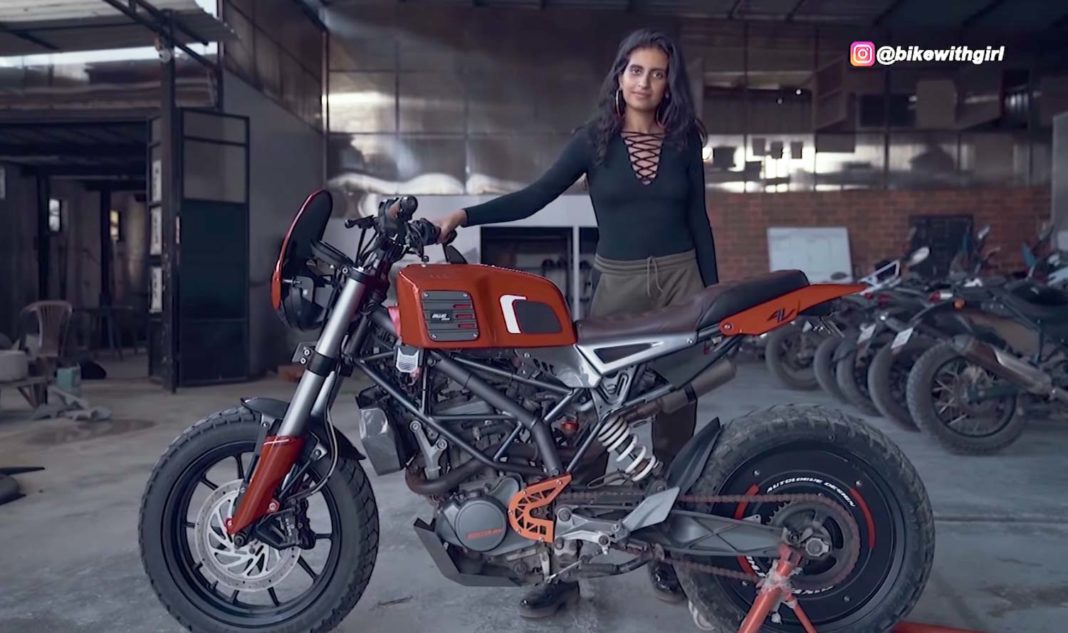 This customised KTM 200 Duke continues to draw power from a 199.5 cc, liquid-cooled, single-cylinder engine that belts out 25 PS and 19.2 Nm, and is mated to a 6-speed gearbox

Modification of KTM bikes is as popular in India as the bikes, but this customised 200 Duke is truly a piece of art. This one of a kind modified 200 Duke’s, which features a body kit with over 80 per cent parts 3D printed. In a video uploaded by motoring and lifestyle vlogger Priyanka Kochhar on her YouTube channel BikeWithGirl, she shares the details of the modifications done on the motorcycle.

The modification has been performed by Autologue Design, based in Pune, Maharashtra. Dubbed the BWG 200, this customised 200 Duke has been made to look like an urban scrambler design. The modifier admits that many of the parts have been inspired from the Duke 200 Scrambler which went viral about a few years ago.

Talking about the changes that have been made to the Duke, the first thing you’ll probably note is the saddle height, which has been drastically increased. The split seat setup has been replaced with a custom single seat. At the front of the motorcycle is retro-looking round smoked LED headlamp, that is covered by by a black grille.

The headlamp also gets a custom visor, and is finished in the same orange paint scheme as the motorcycle. The boxy fuel tank of the bike is actually 3D printed! The modifier ascertains in the video that it took a week for the fuel tank to take its final shape. Apart from that, the bike also gets single mono-block diamond-cut aluminum bar-end mirrors from Motogadget, as well as a new single barrel exhaust.

One of the most noteworthy highlights of the bike is its plastic wheel cover on the rear wheel, which has been inspired from the carbon rear wheel seen on Rok Bagoroš’ custom built KTM Duke 250 stunt bike. It should be noted that no changes have been made to the motorcycle’s powertrain whatsoever.