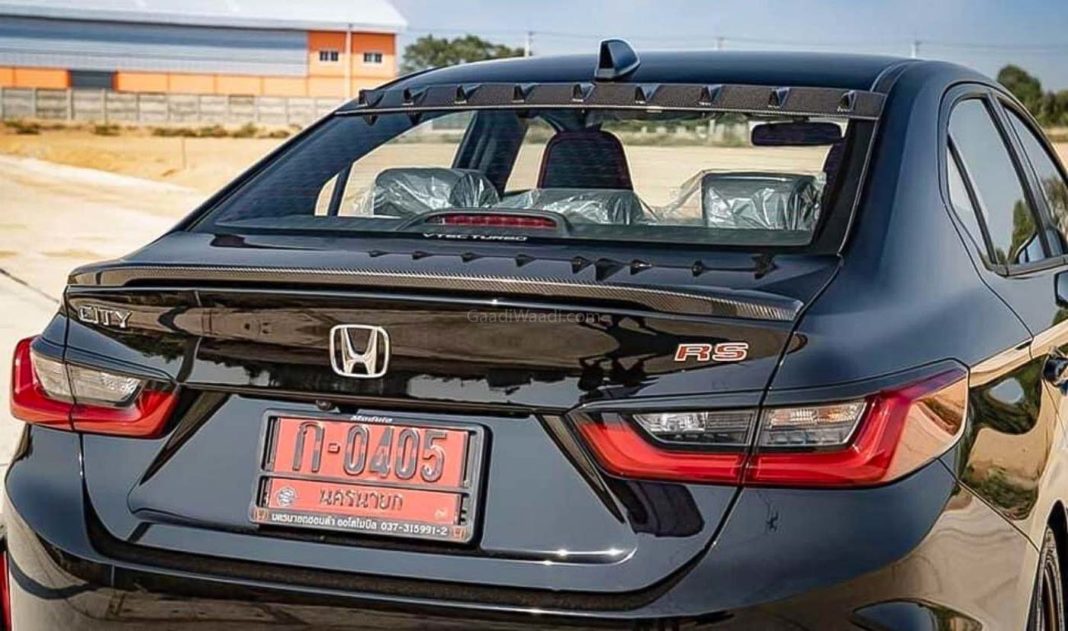 Honda City is often considered as poor man’s BMW and the brand might have taken this too seriously in its latest avatar sold internationally. The new-gen City will be hitting the Indian market in the coming weeks but the arrival of its RS variant is skeptical. We do expect Honda to bring the RS-spec City though due to a number of reasons and the pictures showed here are self-explanatory.

Someone had given the 2020 Honda City RS a dark treatment and the result was just mind-blowing. The design changes include a new body kit, different set of wheels with perhaps wider tyres, carbon fibre finish to the boot spoiler and other cosmetic embellishments. The styling upgrades are not far fetched from the regular RS and it looks like a mini BMW 3-Series.

The black paint job goes in synchronization with the overall design and the updates involved give a lowered stance when looked in pictures. The fifth generation Honda City was unveiled in Thailand last year and it gets a 1.0-litre four-cylinder turbocharged petrol engine, which is good enough to produce a maximum power output of 122 horsepower and 173 Nm of peak torque. 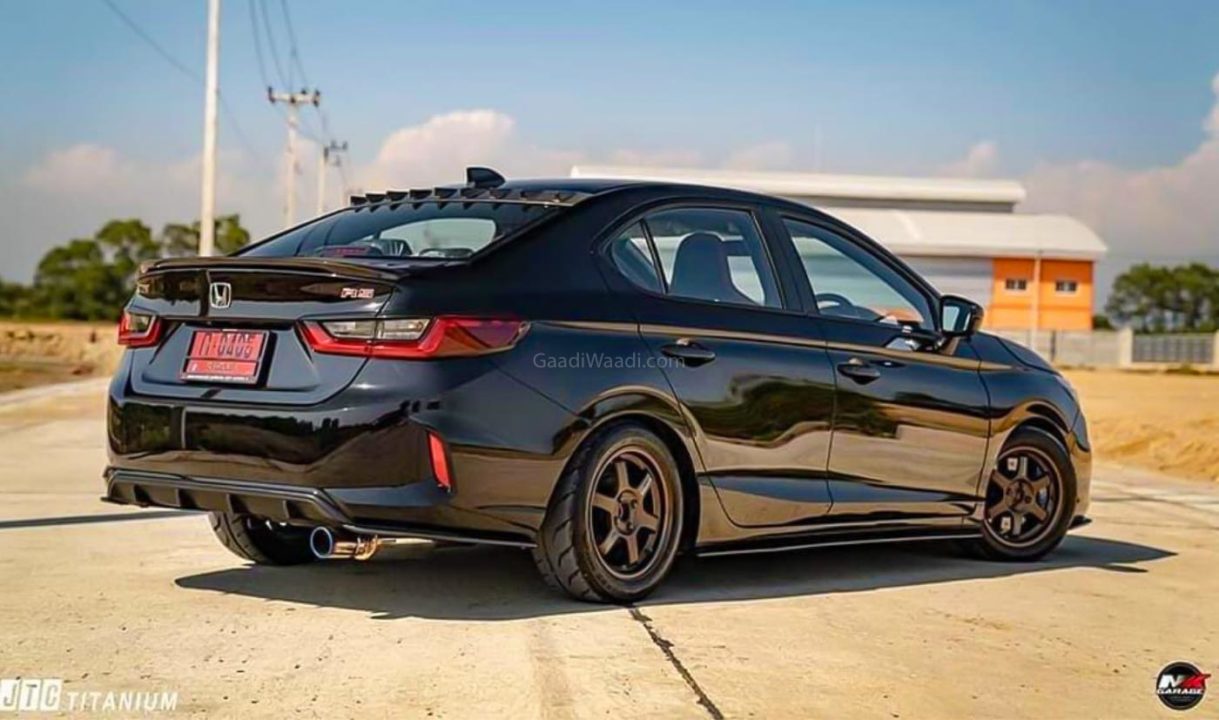 The RS variant can be had only with a CVT automatic transmission with paddle shifters in the high-end variants and is claimed to have a fuel economy of 23.8 kmpl. Honda’s Thailand division sells the City RS with a price tag of 7,39,000 Thai Bhat (Rs. 17.03 lakh approximately) and it features suede seats with contrast red stitching, a large eight-inch touchscreen with Honda Connect, Apple CarPlay and Android Auto. 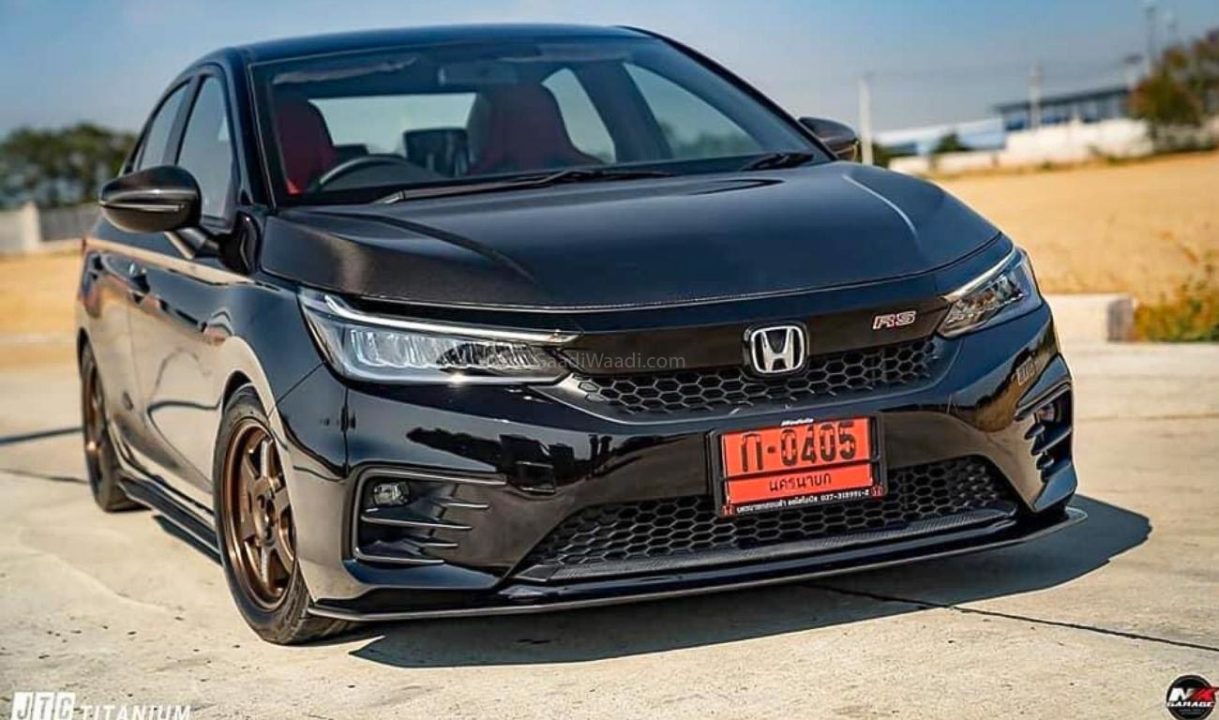 Compared to the model currently on sale, it gets evolutionary exterior changes and an updated interior with the inclusion of several new features. It will be powered by BSVI compliant i-VTEC petrol and i-DTEC engine choices with six-speed manual and CVT transmissions.