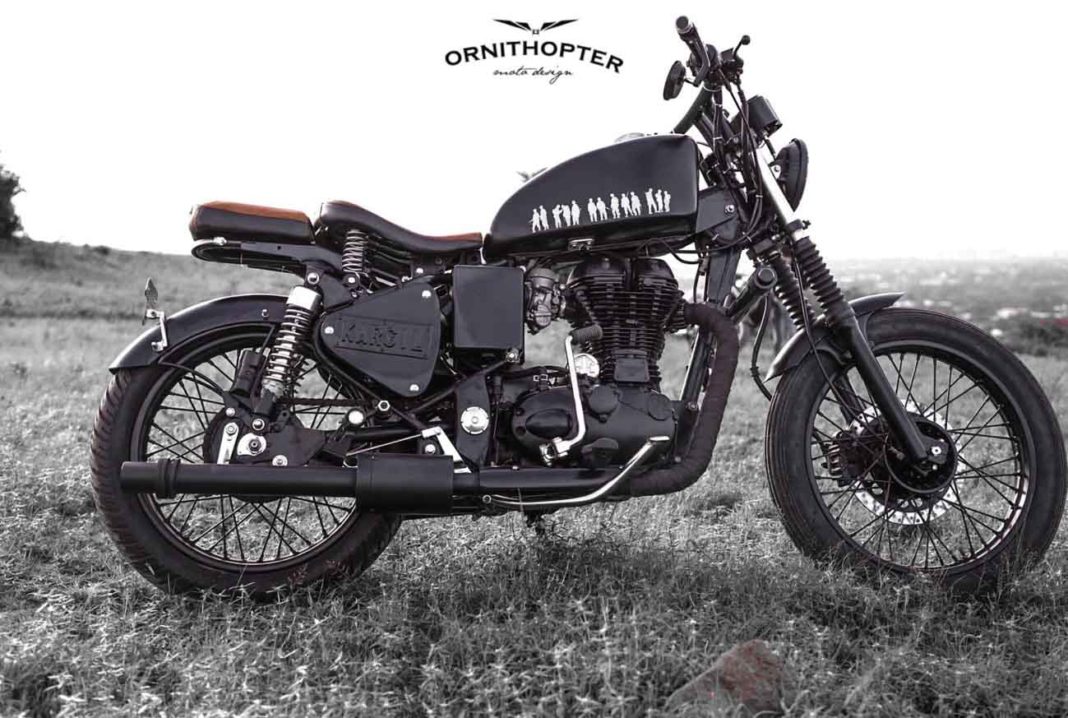 This Royal Enfield Electra 350 has been tastefully modified for an Army personnel, and apart from the cosmetic changes, packs a lot of emotions as well

A Royal Enfield 350 Electra motorcycle has been specifically customised for an Army personnel by Ornithopter Moto Design of Nashik, Maharashtra. Dubbed ‘KARGIL’, the motorcycle sports a unique decal featuring army troops on the otherwise completely blacked out fuel tank.

In fact, not only the fuel tank, but the entire motorcycle has been covered in a matte black paint scheme. At the front, the motorcycle comes with a custom straight handlebar with inverted rear-view mirrors. The bike comes equipped with a unique headlamp with multiple LED lights integrated into it.

The fuel tank of the motorcycle has been redesigned, and as mentioned earlier, adorns a white silhouette decal of several army men. The bike comes with a split-seat setup, finished in leather, and the seats bear the name of the owner of the bike, as well their partner. Apart from that, the tool box of the motorcycle has ‘KARGIL’ lettering embedded on it. 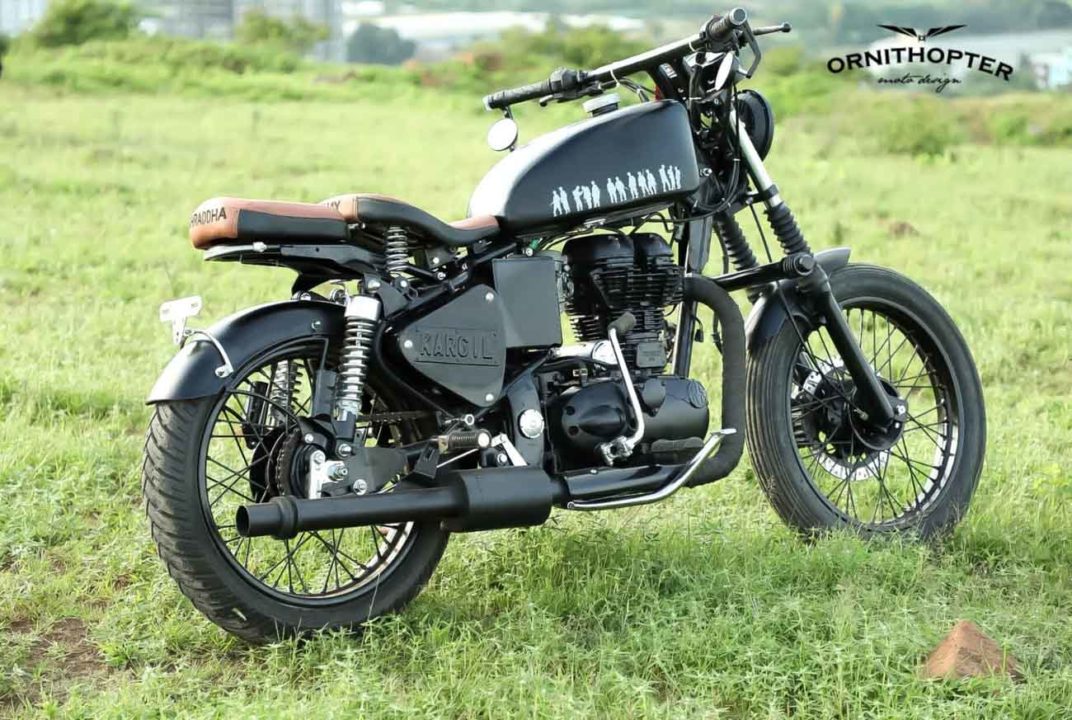 The chrome exhaust muffler of the stock Royal Enfield 350 Electra has also been replaced with a redesigned matte black unit, which adds to the bike’s stylish appeal. However, no mechanical changes have been made to the bike, and it is still powered by the 346 cc, single cylinder, air-cooled, 4-stroke motor that produces 19.8 hp of maximum power at 5250 rpm, along with a 28 Nm of peak torque at 4000 rpm. The transmission duties are handled by a 5-speed gearbox.

A few years ago, Royal Enfield had renamed the Electra in the country as the ‘Bullet’, in order to make its product line-up simpler. The Bullet 350 is currently the most affordable motorcycle offered by RE in India, and retails at a starting price of Rs 1.14 lakh (ex-showroom). Royal Enfield also offers a 500 cc version of the Bullet, which costs about Rs 72,000 more than the 350 cc version. 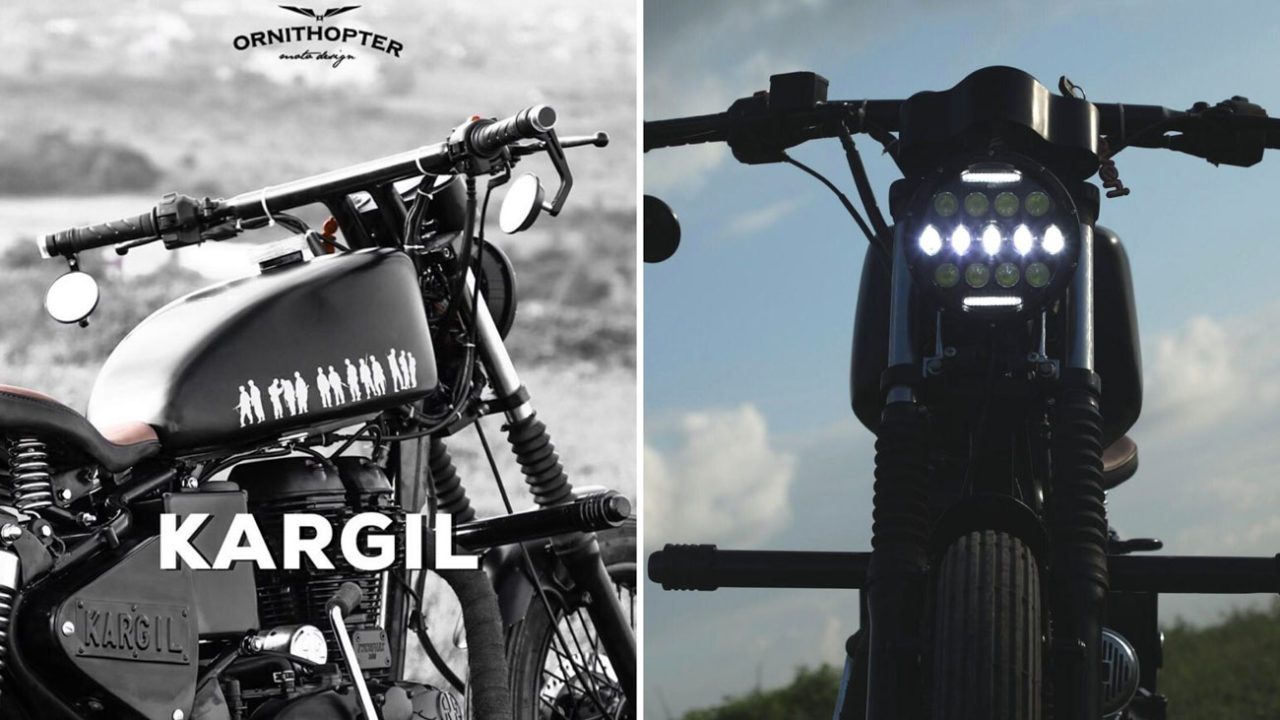 However, Royal Enfield will be discontinuing the Bullet 500, along with the Thunderbird 500 and the Classic 500, once the BS6 emission norms come into effect on April 1. On the other hand, the Chennai-based manufacturer will likely launch the BS6-compliant version of the Bullet 350 next month.