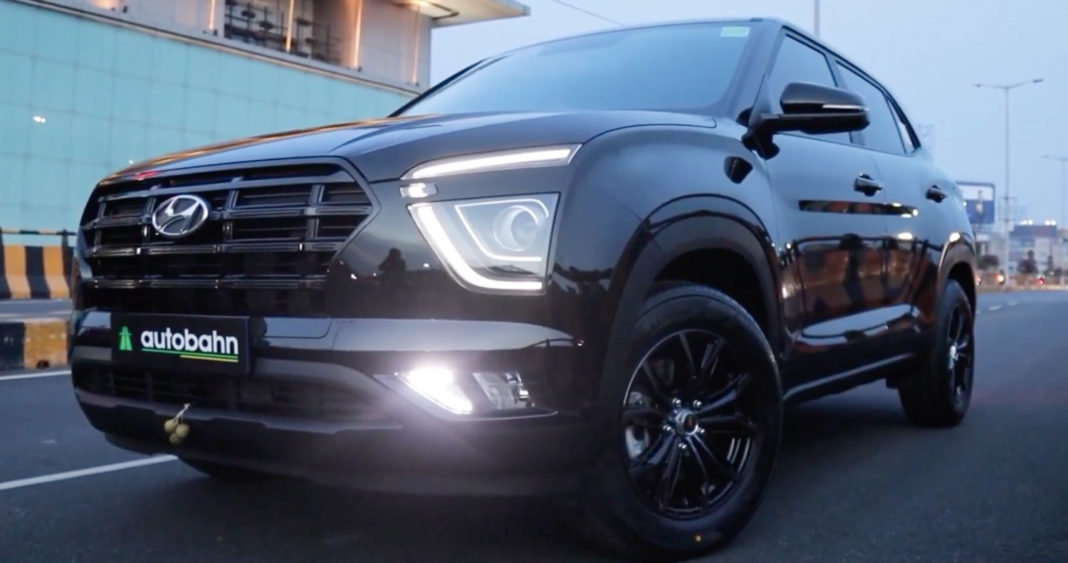 Hyundai currently retails the Creta at a base price of Rs 9.99 lakh, which goes up to Rs 17.53 lakh (both prices, ex-showroom) for the top-end trim

The Hyundai Creta has been the best-selling SUV in the Indian market for months now, and its popularity only seems to grow by the day. The introduction of the new-gen model last year has helped the car rise to the top of the busy mid-size SUV segment. The new-gen Creta’s polarising looks draw a lot of attention, and the car has become very popular in the aftermarket scene.

The brand new car looks like it arrived straight at the modification house from the dealership itself. Changes made to the exterior of this car include a de-chrome treatment which has all the chrome or silver parts covered in black, including the front grille. The Creta gets new aftermarket fog lamps, as well as gloss black alloy wheels.

Moving to the rear, this modified Creta gets an LED light on the tailgate connecting the two tail lamps. The rear reflectors have also been replaced with fancy LED lights. On the inside, this particular Creta features a red theme that includes red seat upholstery, a steering-wheel cover with red stitching, a new aftermarket touchscreen infotainment system as well as an audio system.