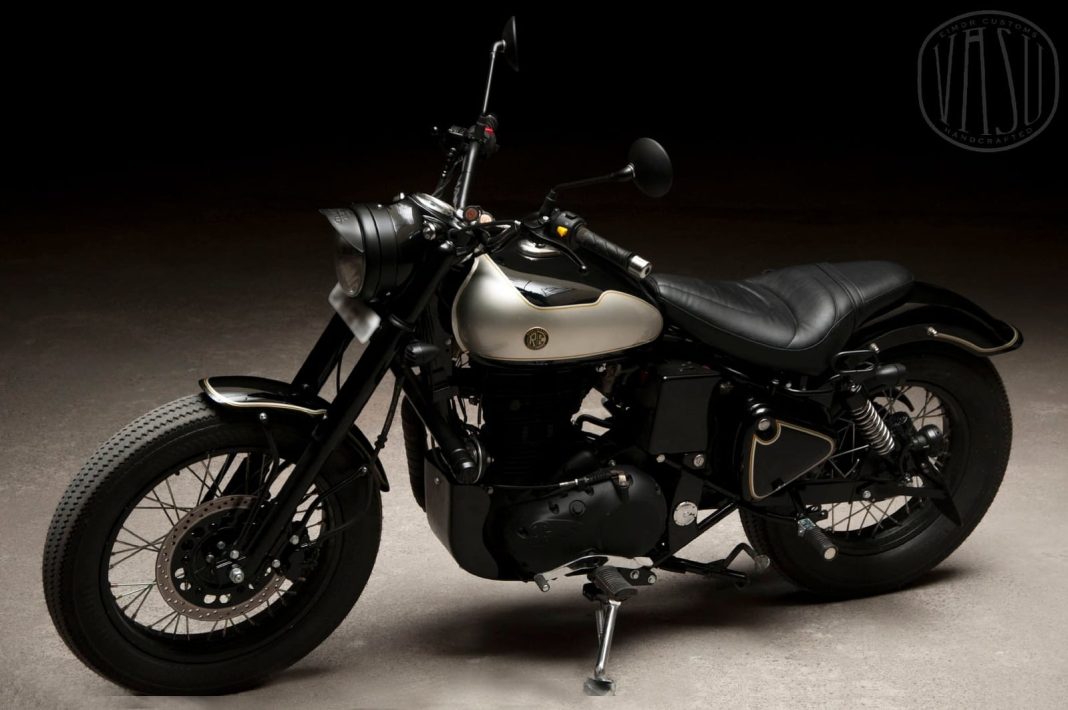 This beautifully modified Royal Enfield Classic 350, nicknamed ‘Vasu’ was customised by EIMOR Customs based out of Hyderabad

Royal Enfield Classic 350 is the Chennai-based brand’s best-selling model in India. A lot of RE motorcycle owners love to customise their rides, and Classic 350 is one of the most popular choices for building a custom project. We’ve seen some brilliant Royal Enfield-based mod jobs over the years, featuring extensive restyling and huge changes, which completely transform the look of the bikes.

However, subtle customisations can sometimes manage to capture our hearts as well. Hyderabad-based EIMOR Customs recently shared pictures of a modified Royal Enfield Classic 350 online, which features some understated changes. The bike preserves the signature “Royal Enfield Bullet” design, but gives it a sporty twist.

The biggest change is the colour; the motorcycle sports a dual-tone (silver and black) paint on the fuel tank, with golden stripes running as a border between the two colours. There’s a beautiful round badge on either side of the tank, sporting the manufacturer’s name and its slogan ‘Made like a gun’. The rest of the bike has been blacked out, including the headlamp cowl, engine assembly, and even the wire-spoked wheels. 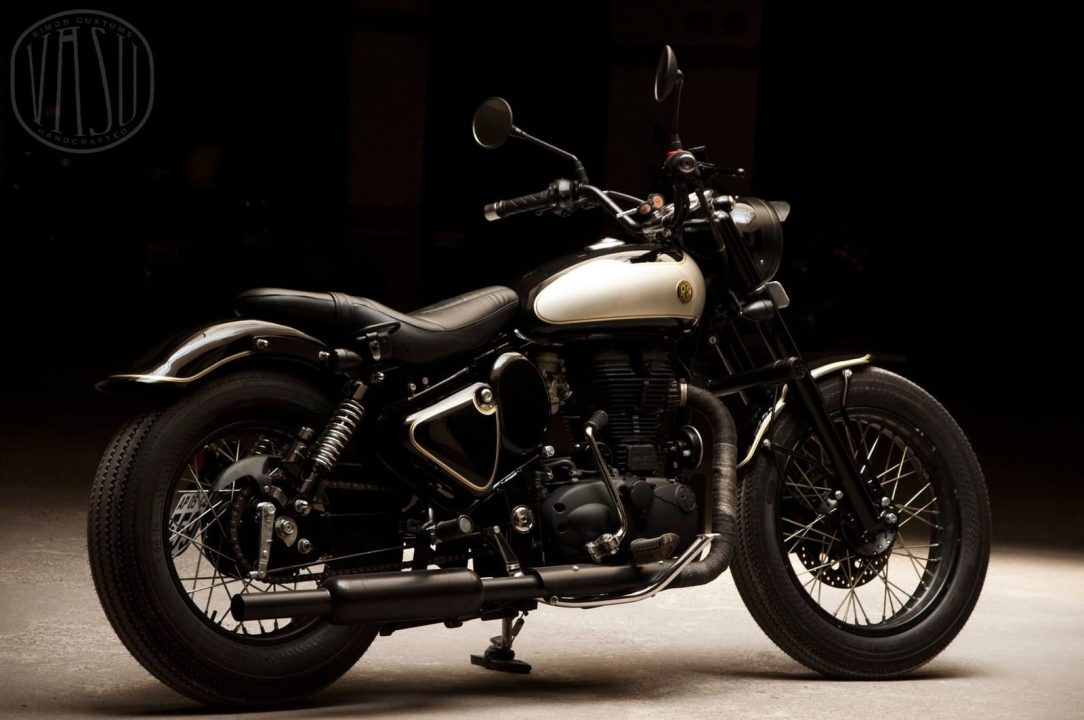 The fenders (front and rear) and the side boxes get gold pinstripes, which look great against the black background. The rear fender is short and clean, with the taillight and numberplate moved to the left side of the bike, mounted on the swingarm. All the turn indicators on the bike get blacked-out covers, to match with the rest of the bike.

The bike also gets a taller single-piece handlebar, along with a custom single-piece seat that is fairly low. This would give the motorcycle a more cruiser like seating posture. The pillion seat, however, looks too small to be comfy, and there are no grab handles either. We also see an aftermarket pea-shooter exhaust here. 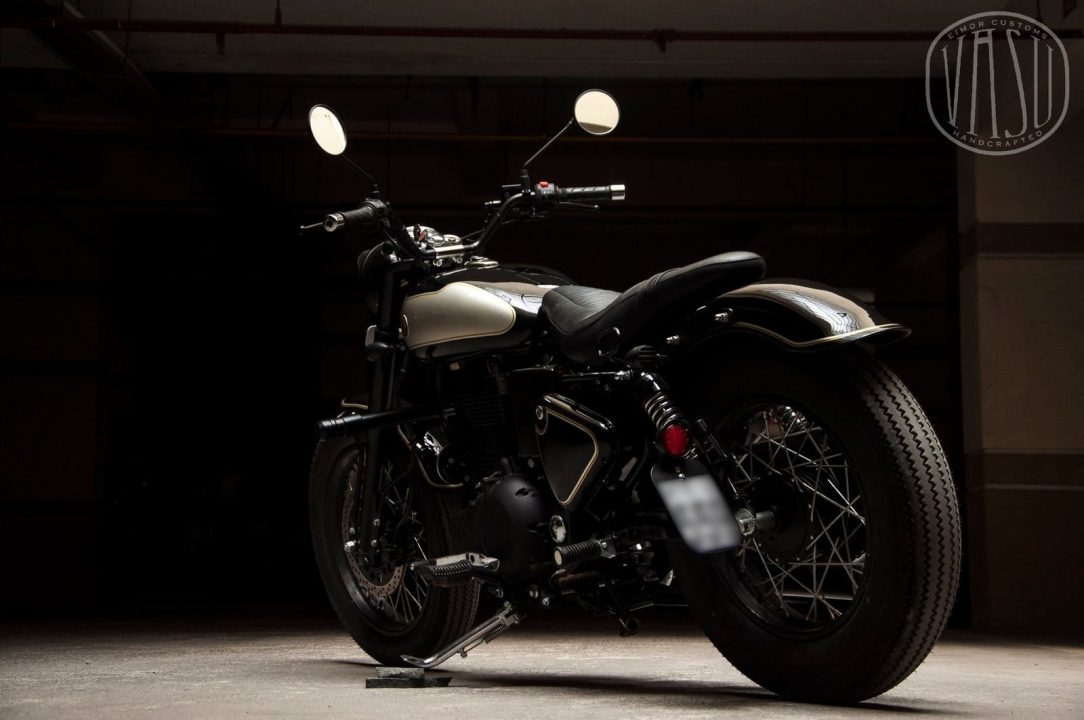 This here is the previous-generation Royal Enfield Classic 350, which was powered by a 346cc Unit Construction Engine (UCE). This air-cooled, single-cylinder motor was good for a peak power of 19.36 PS and a maximum torque of 28 Nm, and it came mated to a 5-speed sequential gearbox. This generation of Classic 350 was discontinued in September 2021, when the new-gen (current) version arrived.