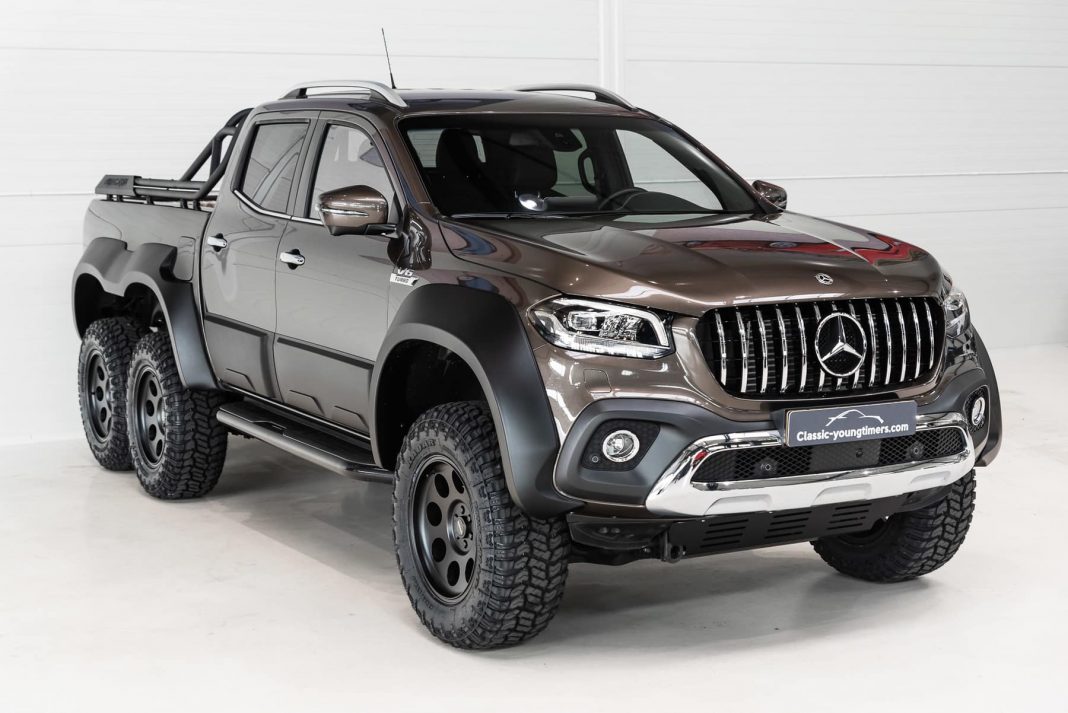 Here, we have a modified Mercedes-Benz X-Class pickup truck, which has been converted into an aggressive 6-wheeled beast

Mercedes-Benz was a short-lived luxury pickup truck, first introduced in 2017, and discontinued in 2020 due to poor sales. The Mercedes pickup may have not been popular, but it certainly was a handsome machine. However, someone in the Netherlands had an idea in their head, that the X-Class would even better as a 6-wheeler, and then built one!

This custom-built Mercedes-Benz X-Class 6-wheeler is based on an X350d, which came with a 3.0-litre diesel engine. According to the builder, the inspiration for the vehicle came from the Mercedes G63 AMG 6X6, however, they wanted to build something just as insane but much more practical. Thus, they chose a diesel pickup truck as their base car.

The vehicle was listed for sale on Classic Youngtimers, and has now found a new home. According to the listing, the builder had the aim to “produce the most brutal Mercedes commercial vehicle ever”, which we can see, clearly. The subframe of the vehicle is custom-made, with extra space for the additional axle and the extra two wheels. 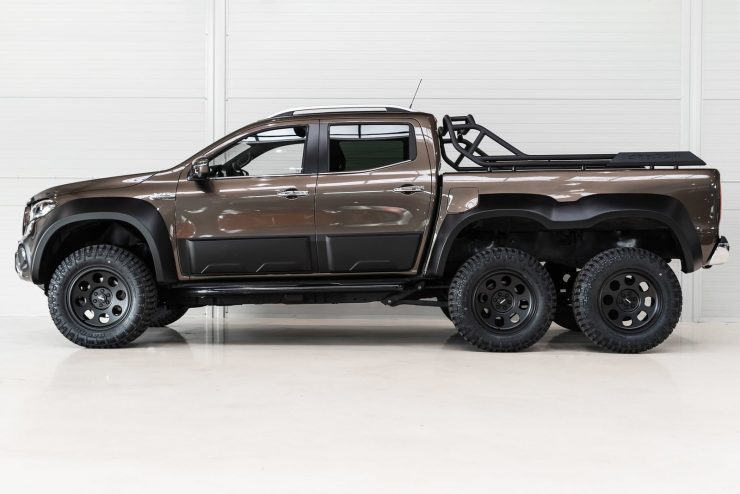 The suspension has been raised by 10 cm, which allows the pickup truck to accommodate the larger wheels and massive off-road tyres (LT 285/65 R18, in case you were wondering). It also gets a Mercedes GTR front grille, muscular fender flares, and custom door protectors. The loading bed has been extended as well and gets a pretty-looking custom roll bar from Carlex Design.

The exterior paint has been left untouched, and the black leather interior remains stock as well. A ‘6 Wheeler’ badge has been added to the dashboard, just in case the occupants needed a reminder of where they are. This 6-wheeled attention magnet isn’t just a show car, but offers brilliant off-roading capabilities as well. 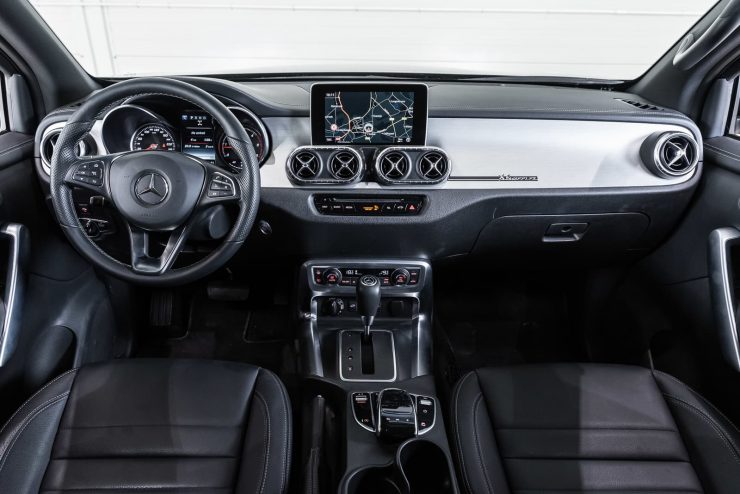 The engine of this modified Mercedes X-Class remains unchanged as well. The 3.0-litre, turbocharged, V6 diesel motor can generate a peak power of 258 PS (at 3,600 rpm) and a maximum torque of 550 Nm (at 1,600 rpm). Transmission options on this powerplant were limited to just one – a 7-speed automatic gearbox.