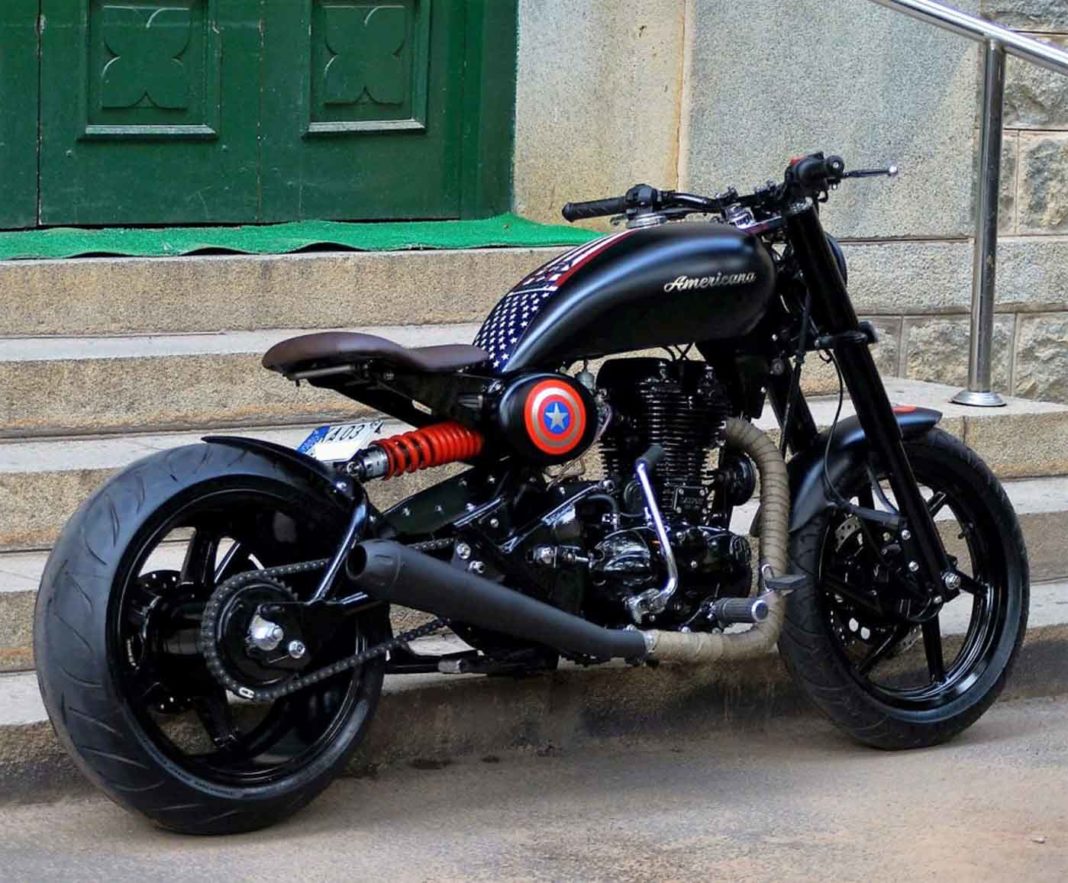 The modification house has chosen a typical American theme for this custom Royal Enfield motorcycle, and the bike has been named ‘Americana’

Bulleteer Customs, a modification house based in Bengaluru has created a beautiful custom motorcycle called ‘Americana’, which is actually based on a Royal Enfield. It’s impossible to tell that this motorcycle is a Royal Enfield bike underneath just by looking at it, which highlights the extensive modification work put into the project.

While the bike retains its front telescopic forks, the rear-end gets a new horizontal monoshock with a custom swingarm to support the large 190-section tyre which certainly enhances the sportiness of the motorcycle. The bike gets a floating single-seat, as well as a custom black exhaust; both of which further add to its sporty character. 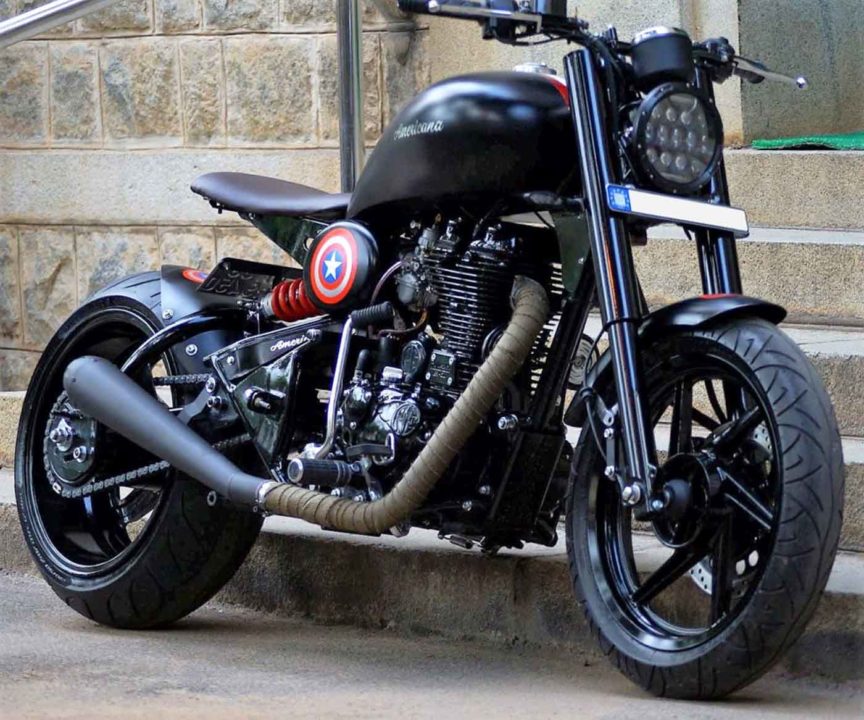 In addition, the front and rear lighting have been replaced with aftermarket LED units. Apart from that, the fenders of the motorcycle have been chopped, while black alloys can also be seen equipped on this custom bike. The bike gets a flat handlebar, along with a single-pod instrument cluster with the Captain America logo.

It hasn’t been revealed if the Royal Enfield motorcycle used for this transformation is the 350 cc version or the previously available 500 cc model. That being said, the Classic 500, Thunderbird 500 and Bullet 500 came equipped with a BS4-compliant 499 cc single-cylinder motor producing 27.2 hp of max power at 5,250 rpm, and 41.3 Nm peak torque at 4,000 rpm. 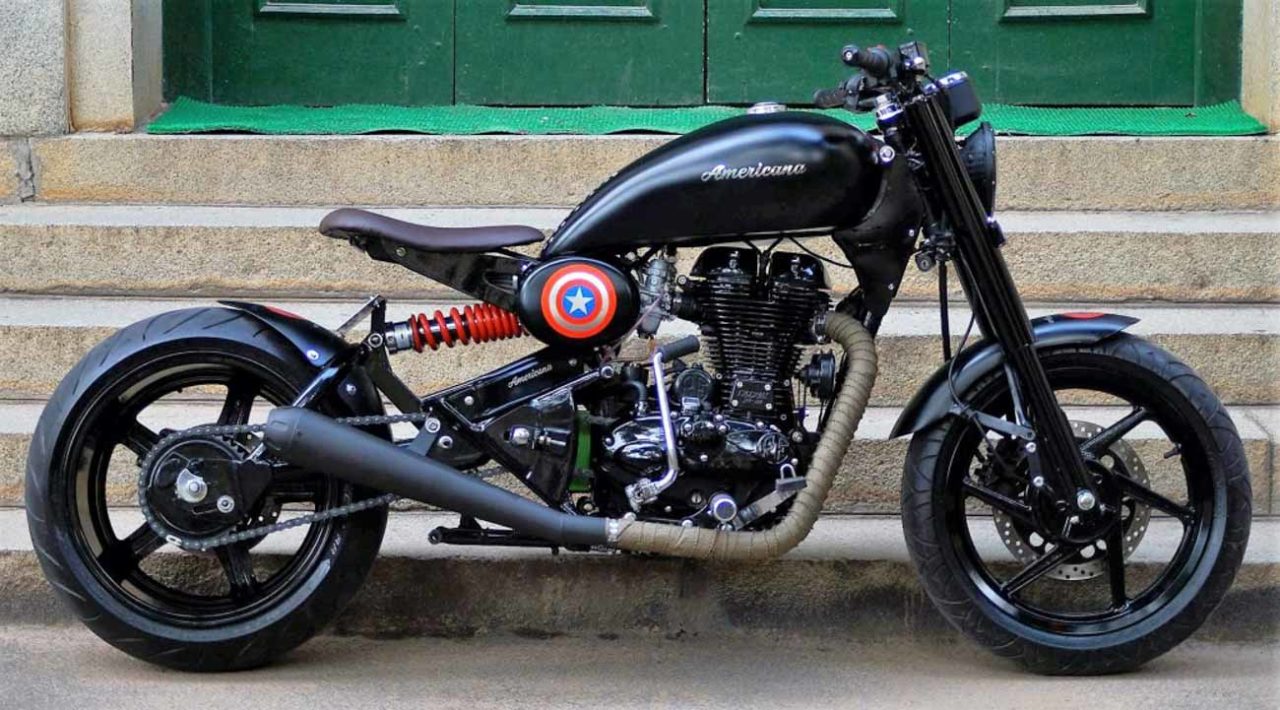