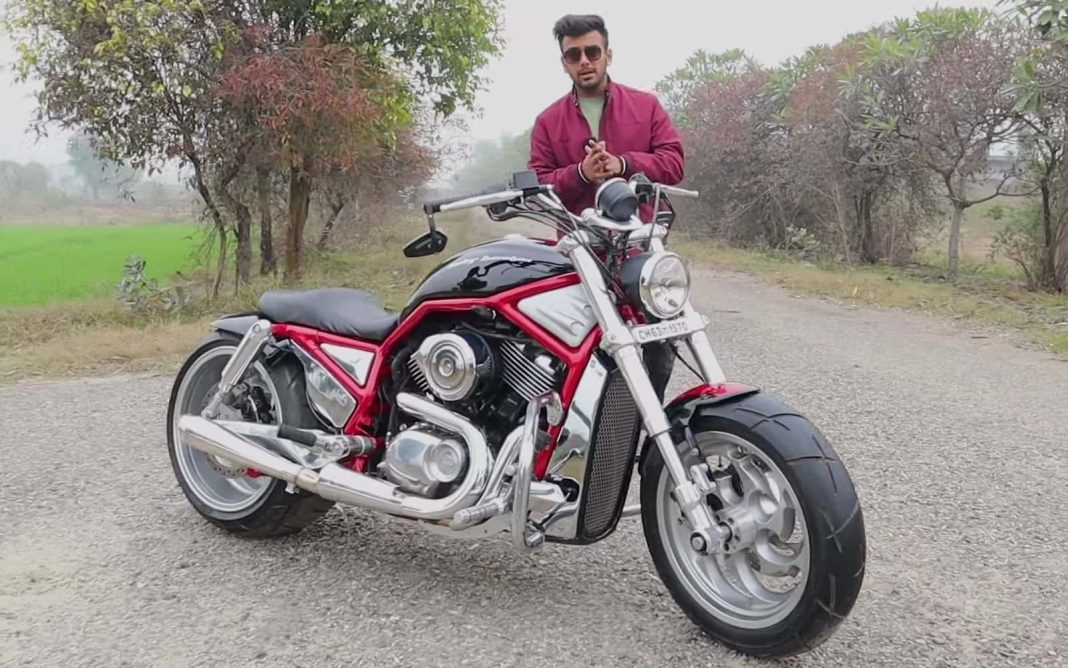 Here, we have a Harley-Davidson Street 750, which has been modified to look like a V-Rod by Ludhiana-based Rebel Custom Motorcycles

Harley-Davidson motorcycles have a massive fan following all around the world, and in India as well. However, in our country, their exorbitant prices keep them out of reach for many enthusiasts. There are a few affordable models (relatively speaking) in Harley’s range, but they don’t look as impressive as the more expensive ones.

Interestingly, there are aftermarket ways to ensure that you can have the Harley of your dreams for a fraction of the price! This here is a Harley-Davidson Street 750, that has been masterfully transformed into a V-Rod. Built by Ludhiana-based Rebel Custom Motorcycles, this modified Harley has been covered in detail by YouTuber Vampvideo.

The motorcycle gets an OEM-spec triple-tree and USD front forks, and the stock single-pod instrument console has been retained here. The fuel tank is custom-built though. There’s a custom single-piece seat on offer here, along with a new handlebar, and on the latter, bar-end mirrors have been mounted. The footpegs are positioned way forward, for a cruiser-style riding stance.

The motorcycle also gets a bright red exposed frame, which looks great against the black and chrome body. Adjustable air suspension is available at the rear, consisting of dual shockers. This allows the rider to increase the rear suspension travel and ride height when travelling on broken roads, and lower it when on smooth roads for a slammed look.

We also see a custom swingarm, which has been plastered with chrome all over. A free flow two-in-one exhaust has been installed here, which is also a custom unit. The bike also gets a massive air compressor in front of the engine, and a rugged-looking engine guard has been added here. 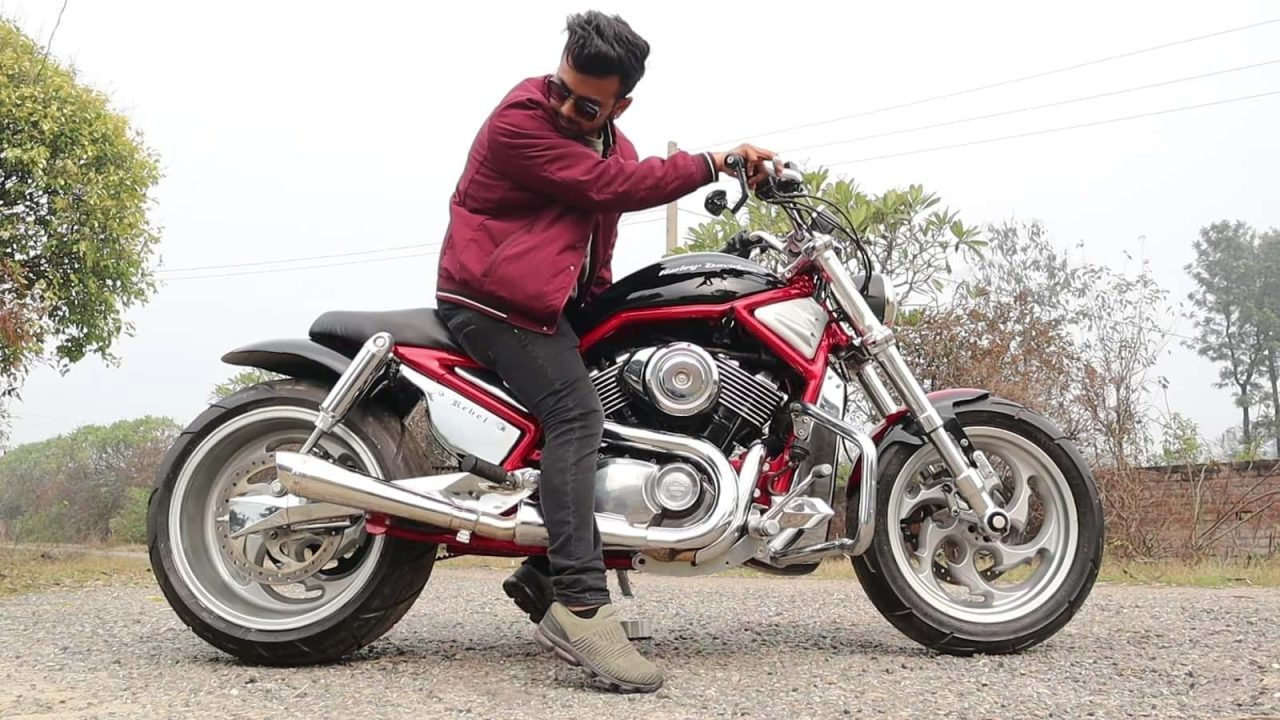 The pillion footpegs are placed on the rear swingarm, which is a weird but interesting detail. We also see custom-made alloy wheels, which have been machined in-house by Rebel Custom. The workshop insists that they can offer any design for the alloy wheels; all the customers need to do is bring a design reference.

This particular customisation package is priced at around Rs. 4 lakh, not including the price of the motorcycle. The workshop has stated that if customers don’t have a Harley Davidson Street 750 at home, then the complete package (including the customisation and the motorcycle) will set you back by around Rs. 7 lakh. We’re not sure about the legality of these modifications though, so check it out at your own expense.