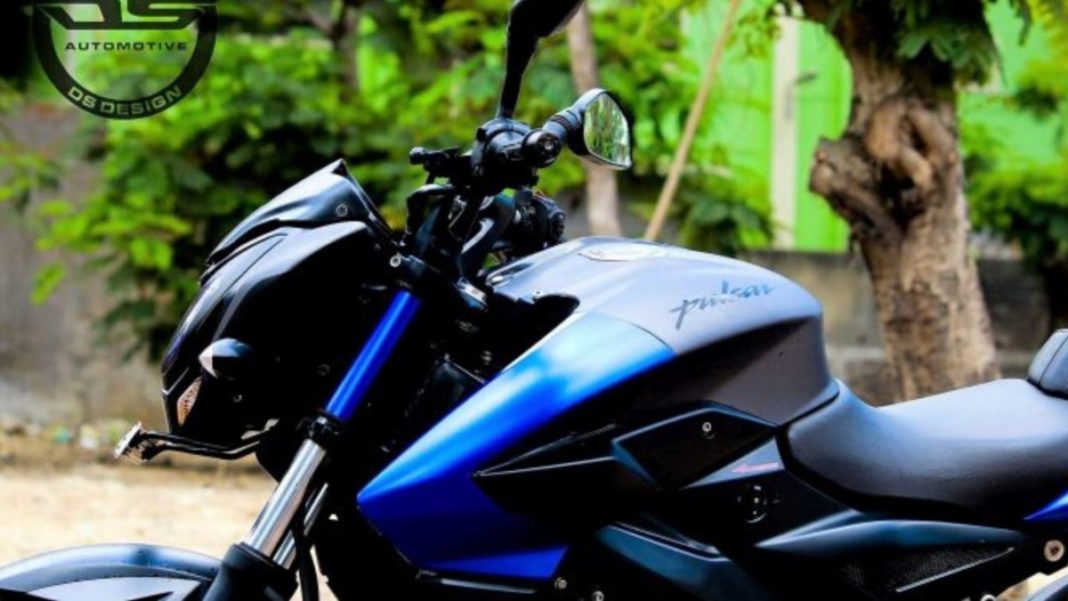 Named as the ‘Grey Edition’, this specific NS200 has been wrapped in a custom blue and grey paint scheme, which will definitely make it stand out from the crowd. The fuel tank of the bike features a matte grey finish, and sports the Pulsar moniker in black.

The bike gets blue back-lit buttons and switches, hence contrasting matte blue wrap has been applied to the tank extensions to match with them. The blue treatment is followed on the rear panels of the bike as well. 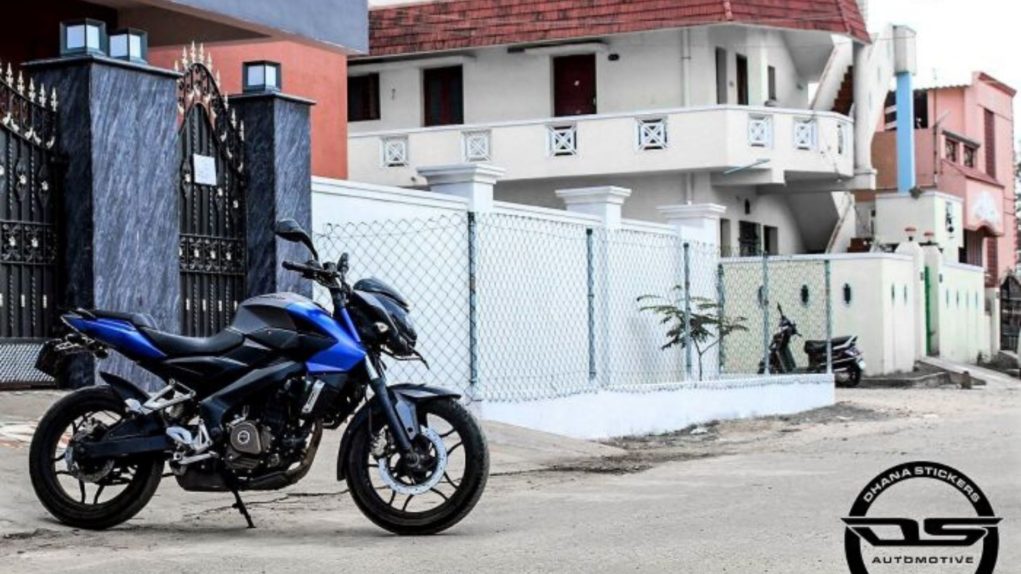 The front-end is where this NS200 Grey Edition really stands out. It sports an aftermarket projector headlamp with white and red surrounds, which make it resemble a devil’s eye. The portion of headlight which is not in use, gets black inserts to give it a distinctive look as compared to the regular NS200.

Apart from visual upgrades, the bike retains its mechanical specifications. Powering the Pulsar NS200 is a 199.5 cc, liquid-cooled, four-stroke, SOHC, 4 valve engine, paired to a 6-speed gearbox. The engine offers a maximum power output of 23.17 HP at 9500rpm, and 18.3 Nm of peak torque at 8000rpm. 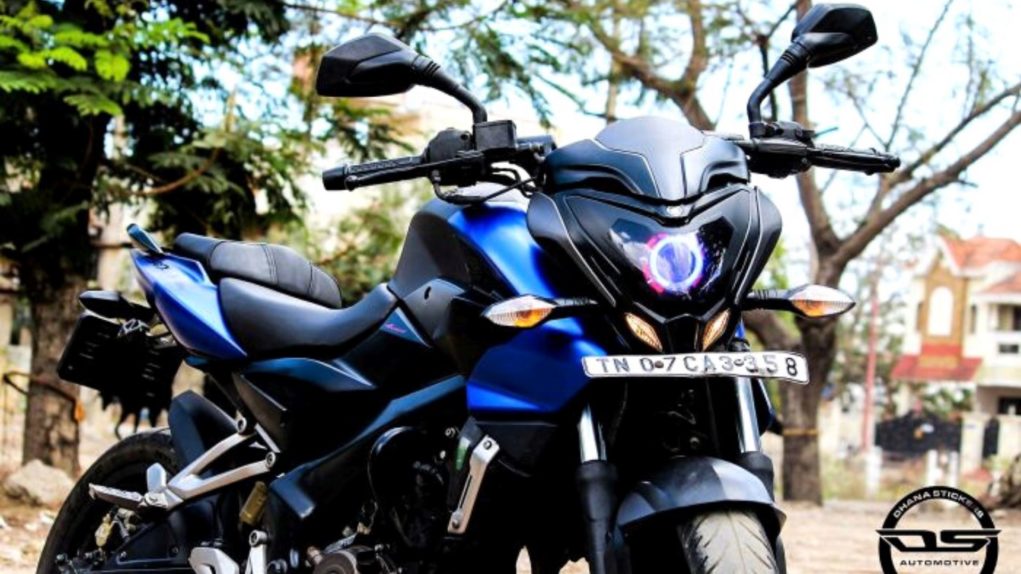 The Pulsar NS200 gets a single 300 mm petal disc up front and a 230 mm disc at the rear, along with single-channel ABS. The bike also gets a semi-digital instrument cluster. It is expected that Bajaj Auto will be introducing the fuel-injected BS6-compliant engine with the NS200 in the coming months, which will also be shared with the RS200.

The Pulsar moniker continues to be one of the highest-selling bike ranges for Bajaj since its launch back in 2001, and the NS200 deserves most of the credit for paving the way for Bajaj Auto to introduce the sportier RS200. The Pulsar NS200 has a starting price of Rs 1.14 lakh (ex-showroom), and competes against the likes of TVS Apache RTR 200 and KTM Duke 200 in the Indian market.