Honda Cars India has commenced pre-bookings for the fifth generation City in the domestic market and it will go on sale by the middle of next month. The upcoming mid-size sedan is the brand’s biggest launch of the year and the most significant in recent times. It is expected to revive sales fortunes in the C-segment for sedan and it will be placed at a slightly more premium price range.

The existing model will continue to be on sale as well. The fifth-gen City made its global debut in Thailand late last year and the India-spec model resembles it on the exterior and interior fronts. The new City has already been put through customisation acts and we have seen some brilliant results coming from Thailand and expect personalisation at high standards from domestic customers as well.

In Thailand, the 2020 Honda City is offered with a 1.0-litre four-cylinder turbocharged petrol engine, which is claimed to have 23.8 kmpl fuel economy. The VTEC motor is good enough to produce a maximum power output of 122 horsepower and 173 Nm of peak torque. It is available only in the high-end RS variant, hooked with a CVT automatic transmission having paddle shifting function. 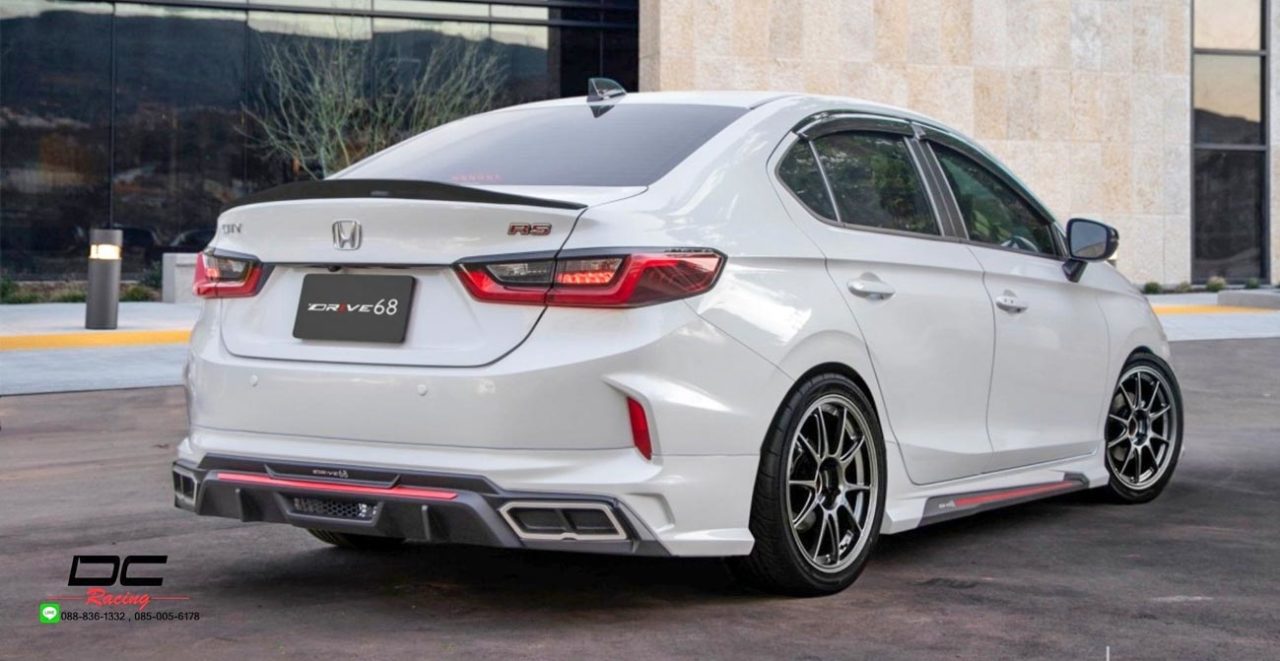 The Indian version will stick with the BSVI compliant 1.5-litre i-VTEC petrol and 1.5-litre i-DTEC diesel engines, as the 1.0-litre turbo could only arrive in the near future. The RS variant of the Honda City has been customised to awesomeness with the presence of a sporty bodykit and ducktail spoiler by DC Racing in Thailand.

The front end boasts an aggressive body kit finished in grey colour for the air inlets and fog lamp housing alongside red highlights. The prominent grille section has a thick horizontal bar housing the Honda and RS badges. The black finished B-pillars and wing mirrors, bold side skirt, multi-spoke wheels, parallelogram-shaped faux exhaust tips and diffuser add to the visual appeal of the modified City.

The custom firm also sells a different white coloured bodykit comprising of red accents with round-shaped twin exhausts on either side and rear brake light. As a promotional package, the set of four pieces including the installation price is at 13,000 Thai baht (Rs. 31,788).