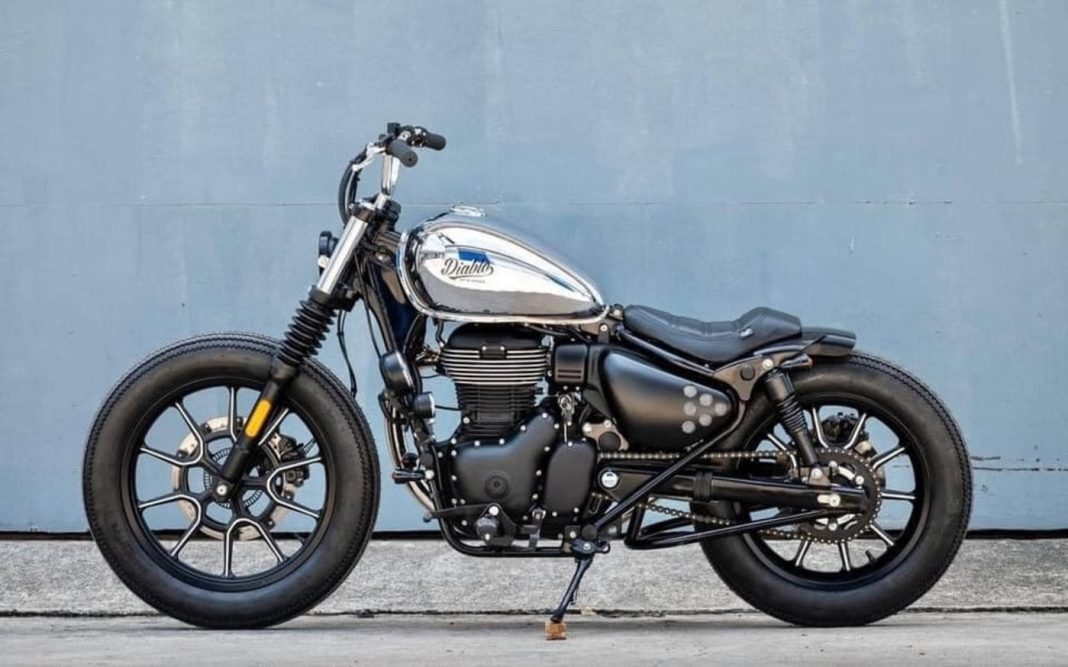 Check out this brilliant-looking Royal Enfield Meteor 350, which has been masterfully transformed into a brawny, butch bobber

Royal Enfield first introduced the Meteor 350 in India back in November 2020. The motorcycle was launched in other international markets as well later. Just like in India, Royal Enfield bikes are quite popular in the customisation circle in many other countries as well, and even the Meteor is doing great in that area!

Here, we have a custom-built bobber, based on Royal Enfield Meteor 350. The motorcycle has been built by K-Speed, a custom garage in Thailand, and it has been rechristened ‘Diablo’. At the front, we see a small aftermarket LED headlight, fork gators, and a new handlebar. The switchgear is new as well, and the front fender has been removed.

For a clean look at the front, the instrument cluster has been moved to the right side of the bike, near the engine. Although it looks cool, the tripper navigation pod is quite small, and we’re not sure if it checking it out from that angle would be practical, or even plausible. The side box gets a custom cover, which looks very pretty. 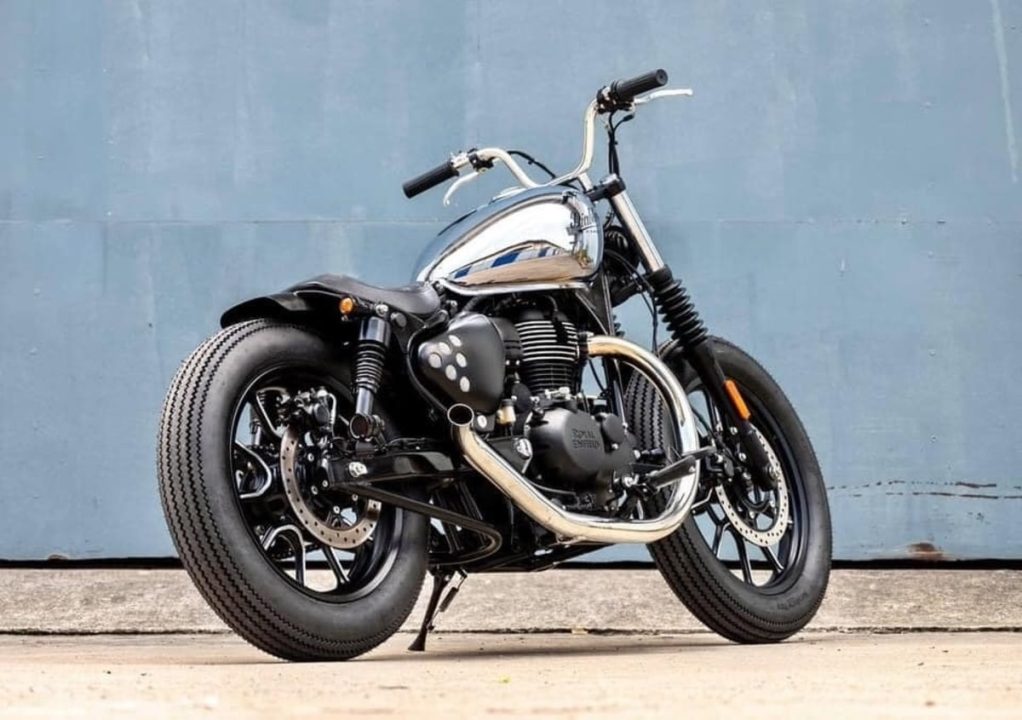 The rear fender has been chopped short, with practically nothing on the tail end. The dual rear shockers are aftermarket units, as are the turn indicators. A custom brakelight has also been installed here, mounted on the right swingarm near the rear brake calliper. The motorcycle also sports a custom-built free-flow exhaust, which likely has a loud, savage sound.

The fuel tank features a chrome finish, which looks brilliant against the black finish on the rest of the body. The bike’s name has been etched on the tank, along with the garage’s name. The bike also gets a custom single seat, with a leather cover and beautiful stitching. We also see lovely dual-tone alloy wheels here, along with balloon-type tyres. 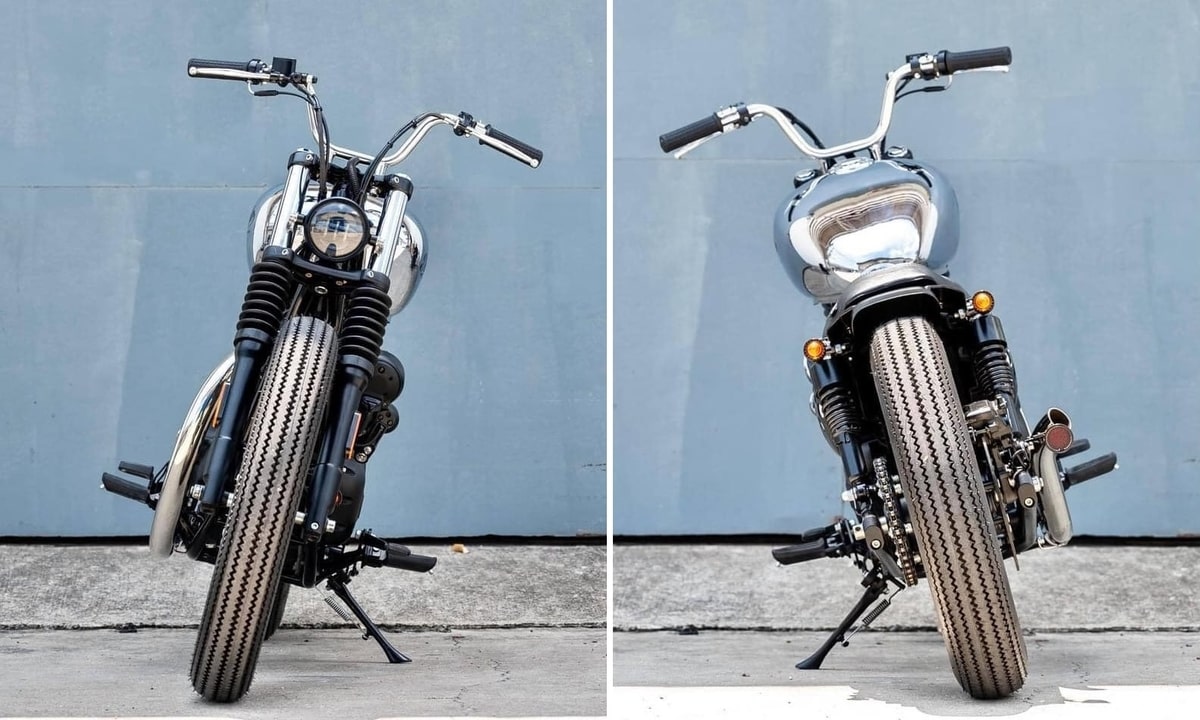 No changes have been reported to the engine of the bike. A stock RE Meteor 350 comes powered by a 349cc, air/oil-cooled, single-cylinder engine with 20.4 PS and 27 Nm of peak power and torque on tap, respectively. It comes paired with a 6-speed sequential gearbox.