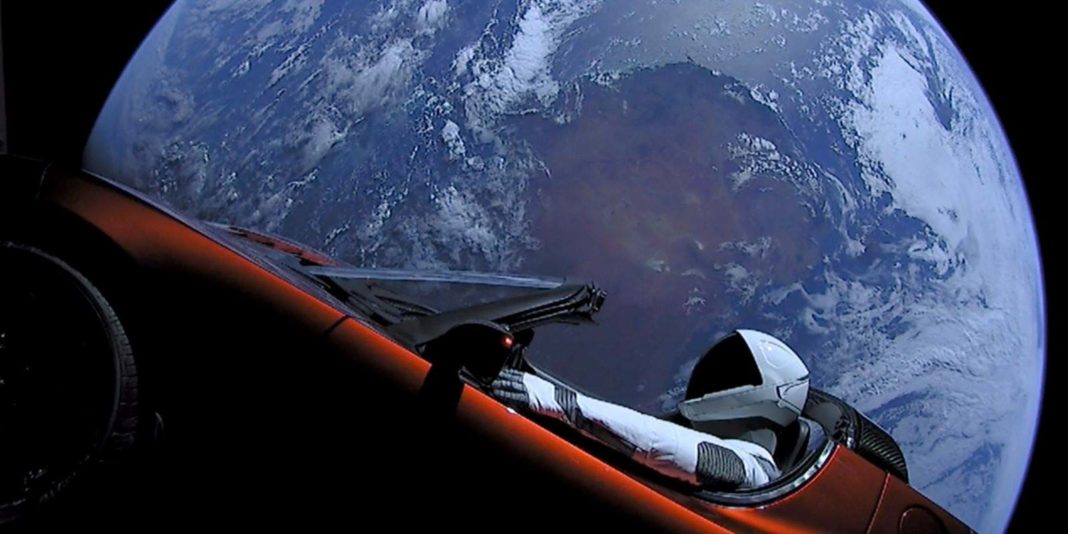 Tesla Roadster and Starman were about 0.05 astronomical units away from Mars (under 5 million miles) on October 8

Tesla’s CEO Elon Musk is known for being unconventional and some of the things in his own typical fashion have attained success. Perhaps, others drew controversy but as an old saying goes, controversy does draw money. He has often been vocal on Twitter about his future plans and let alone Tesla’s lineup of cars and technologies, and he loves a good conversation with fans.

The Roadster was a stepping stone for Tesla as after years of denial the brand did prove its resilience with products brimmed with practicality while following their own set of rules apparently. Rewinding back to 2018, Elon Musk expressed his intentions to send the original Tesla Roadster to space and many thought he was kidding. But, he did fire the model into the orbit for everyone’s surprise.

There is a dedicated website called Where Is Roadster tracking the live position of the ‘Starman’. Created by programmer Ben Pearson, it shows some fascinating insights into where the Roadster is. It has revealed that the Starman and the Roadster are about 129 million miles away from the Sun and moving towards it at a speed of 13,637 miles – approximately 21,947 km per hour.

SpaceX, an American aerospace manufacturer and space transportation services company headquartered in Hawthorne, California, was founded by Elon Musk back in 2002. It posted on Twitter that the Roadster and Starman, a dummy wearing SpaceX’s space suit, came close to Mars on October 8. It was about 0.05 astronomical units away from Mars (under 5 million miles).

The Starman and Tesla Roadster are now much closer to the Mars that the Earth (around 37 million miles away from the green planet). We do not know the condition of the Roadster up on the space yet but if it has the battery working, Space Oddity would have rung through Starman’s left ear for more than 2,64,000 times and Is There Life On Mars on the right for 3,56,888 times.

The Roadster and the Starman breached into the space on Falcon Heavy rocket in February 2018. Publicity stunt or not, Elon Musk always does things his way!