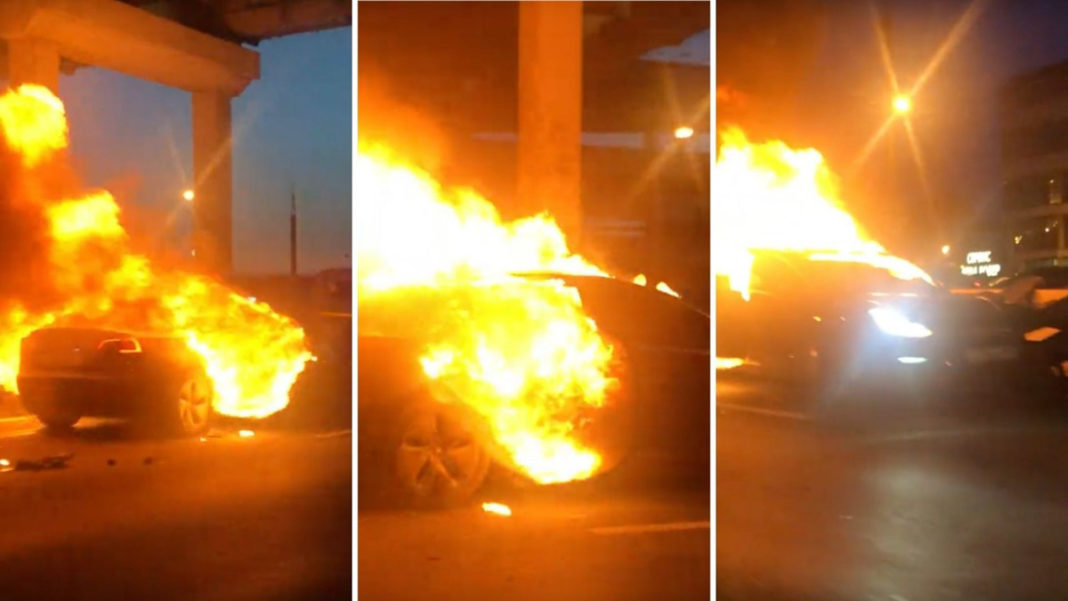 We have seen plenty of stories regarding Tesla accidents and plenty in which the Autopilot actually saved the driver and passengers. In a recent incident happened on the 10th of August, Aleksey Tretyakov driving with his two children in the Tesla Model 3 was hit hard at the rear into a tow truck in Russia.

The speed of the car was around 100 kmph and the accident accurately took place at the Moscow Ring Road. Previous reports indicated that the Tretyakov and his two children were seriously injured in the Tesla Model 3. However, squashing the speculations, it was later said that Tretyakov was not hurt in a way of being fatal.

As per Crimerussia.com, the driver was taken to hospital with broken legs and nose while the children escaped with bruises. In contrary, IXBT.com, reported that Tretyakov only endured a bruised chest and a broken leg but the children were concussed with a closed head injury.

Both the reports also varied as far as the location of the accident is concerned. Crimerussia.com said that it occurred at km 37 of the Moscow Road Ring and the IXBT.com told that it was at the km 42. The former further stated that Tretyakov was driving holding the steering wheel in his hands and with driver assistance activated, the “trimmed Autopilot”.

IXBT.com, on the other hand, said that the Model 3 was on Autopilot mode and it failed to recognise the speeding truck. Crimerussia.com reported him of not seeing the tow truck that caused the accident. However, the video depicts otherwise as the Model 3 braked before slamming onto the truck.

It is yet unknown who pushed the brake pedal – Tretyakov or the Autopilot. The Model 3 exploded after the accident in a scary manner. The tow truck was standing in the left lane and if he paid attention he could have easily seen the big machine. We do not know if the accident is driver’s fault or not despite the presence of the highly conscious and advanced Autopilot system.