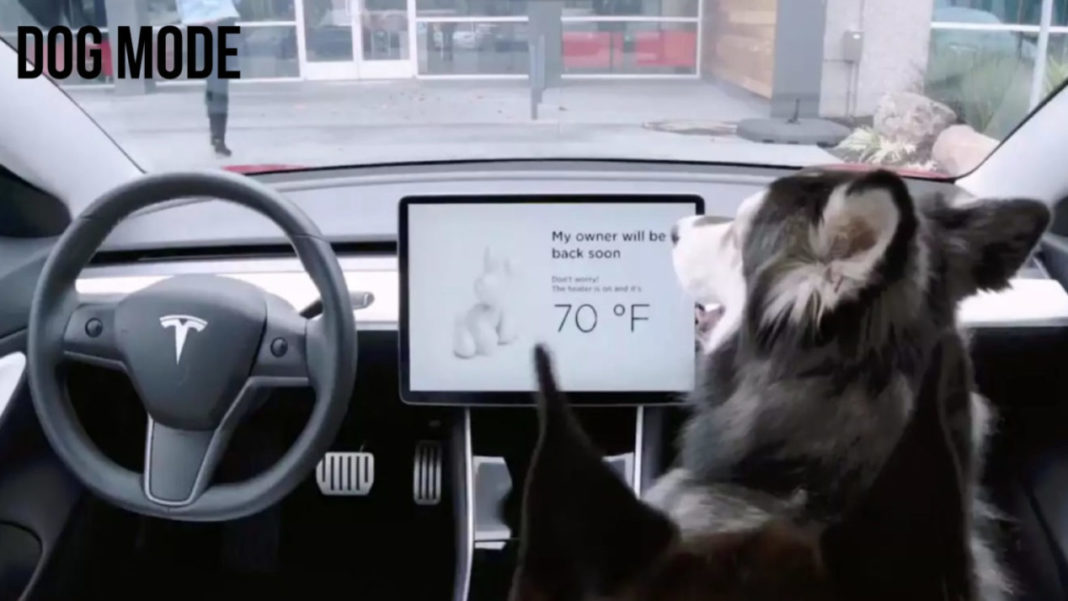 Tesla vehicles are known for their futuristic innovations and cutting-edge systems. The American electric car maker has introduced the “Dog Mode” in Model 3, and it will soon be available with the Model S and the Model X of Tesla.

The “Dog Mode” is quite different from the “Ludicrous Mode” per se and it has been designed to keep the pets in the vehicle safe and calm when the owners leave them inside the car and go away. The system allows the owners to keep the AC running and maintain the temperature of the cabin at a comfortable level. The infotainment screen also displays a message for the onlookers saying “My owner will be back soon”. The display also shows the temperature inside the vehicle in bold letters with the sentence “Don’t worry, the heater is on”.

It is illegal in a lot of states in the USA to leave a pet or a child locked inside a switched-off vehicle. However, this new Tesla feature in Model 3 will be quite handy for such people. Being an electric vehicle, keeping the climate control on inside a Tesla vehicle in a parked car will be much more efficient than regular cars with Internal Combustion Engines(ICE).

The EVs can supply power to particular equipment while in an ICE-powered vehicle, the engine has to be on, which consumes a lot of fuel and which is why most car owners turn off their cars while leaving pets or kids inside them.

The new update has started rolling out through Over-The-Air (OTA) on the Tesla Model 3. Soon, the Model S and the Model X will also get a similar update. Such updates are downloaded through mobile networks and work in the same way as they do for the smartphones of laptops.