Recently, a Tata Tiago owner took to social media to share his story of surviving a brutal accident, thanking the car for the feat

Awareness about car safety is steadily rising among buyers in India these days. Once a neglected aspect, safety has now become a major concern for many car owners. Tata Motors and Mahindra & Mahindra have been leading the market in terms of vehicle safety standards, with their newer models scoring 5- and 4-star safety ratings in Global NCAP crash tests.

In recent times, several car owners have come forward and shared their personal stories regarding car safety, stating how a vehicle kept them safe during a major accident. Here, we have another story, in which a Tata Tiago kept its three occupants safe during a brutal crash. The story has been shared by Sathya Prakash Reddy in a Tiago owner’s group online.

Sathya had purchased his Tiago back in October 2020. He was recently travelling from Ahmedabad to Hyderabad with his two friends. He states that his attention wasn’t completely towards the road, and suddenly a huge pothole appeared in front of him. He swerved to avoid it and lost control of the car, at a speed of around 100 kmph. 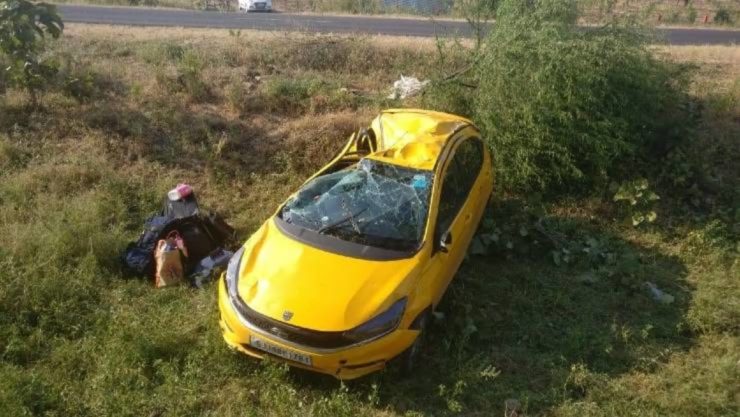 According to the owner, the vehicle then went off the road and rolled over four times. That would explain the damage we see in these pictures; the pillars on the driver’s side have bent horribly, the roof has caved in, and the windshield and windows are shattered. The owner also stated that he was unconscious when a few locals came to their rescue.

While Sathya has a few wounds on his right hand due to the accident, both his friends only got minor scratches. Also, he has admittedly purchased another Tata Tiago after the accident, as he believes it was only due to the safety offered by the car that he was able to walk away from the crash. It should be noted that Global NCAP has awarded Tata Tiago a 4-star safety rating for adult occupants. 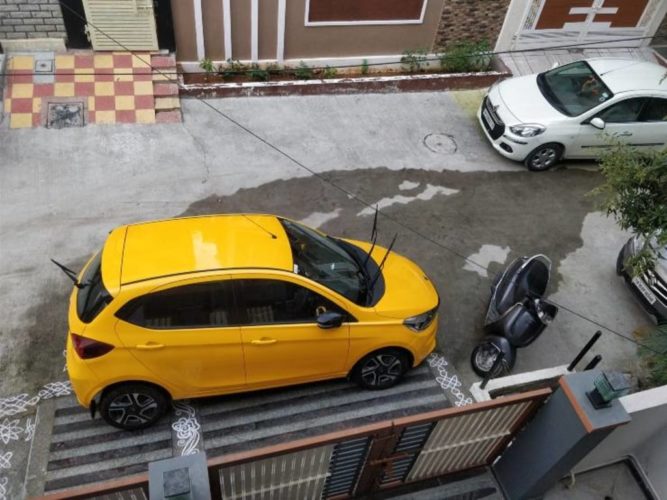 Recently, Giridhar Aramane, Secretary, Ministry of Road Transport And Highways (MoRTH), expressed concern over foreign carmakers downgrading the safety of their vehicles for the Indian market during a virtual seminar hosted by Society of Indian Automobile Manufacturers (SIAM). The government has now advised all auto manufacturers in India to end the practice of deliberately lower vehicle safety standards.