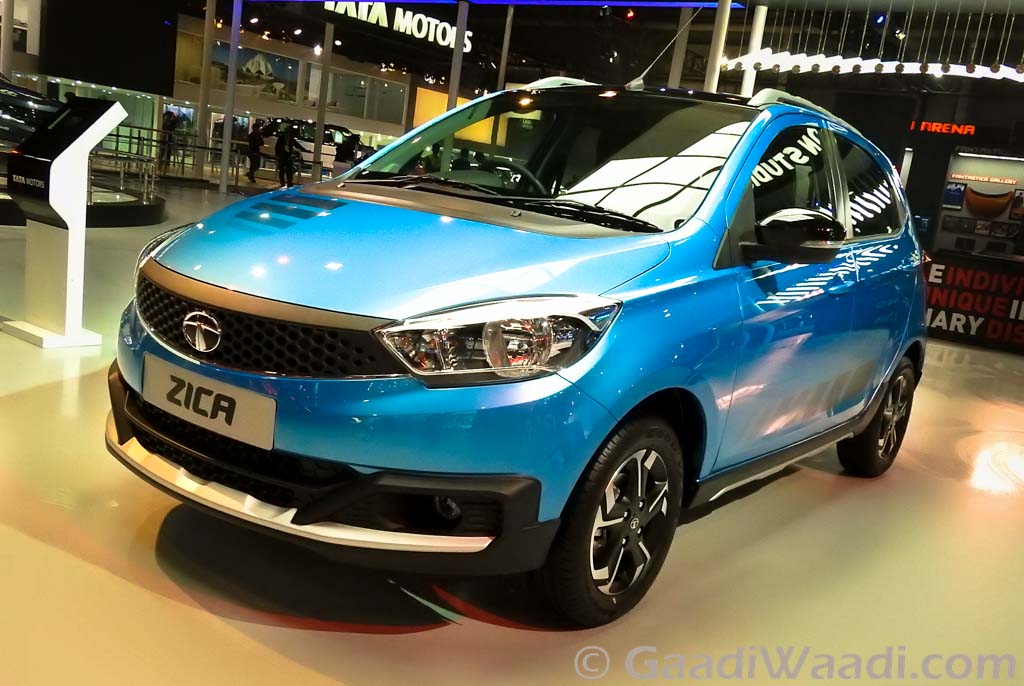 Tata Tiago is the latest compact hatchback from the stable of the Indian automaker, which has stirred quite a sensation with its upmarket design and features. When Tata Motors showcased the Tiago at the 2016 New Delhi Auto Expo earlier this year in February, the automaker also brought forth an accessorised version of the Tiago.

The Tata Tiago Active will sport an attractive guise, which will get plastic cladding, metallic inserts at the running boards, roof rails, sporty looking alloy wheels, glossy blackened wing mirrors and rear splitter. So far, the entire package will come as a fully beefed up Tiago which would be impressive with a crossover like appearance.

Presently, the Tata Tiago Activ is available from the automaker’s personalization studio, but with different parts separately. Customers can avail the Activ package by shelling around Rs. 30,000. While the production variant of the Tata Tiago Activ, which will come out of factory, will be priced higher than the top-end Tiago priced at Rs. 5.8 lakh. Tata Tiago Activ will receive the same engine options including both the petrol and diesel motors. The petrol variant of the Tiago Activ will receive a 1.2 litre Revotron engine paired with a 5 speed manual transmission churning out 84 bhp of peak power, while the diesel variant will receive a 1.05 litre Revotorq engine mated to a 5 speed manual gearbox which will kick out 69 bhp of peak power. The car will take on the Renault Kwid, which comes as an already beefed up crossover like hatchback.