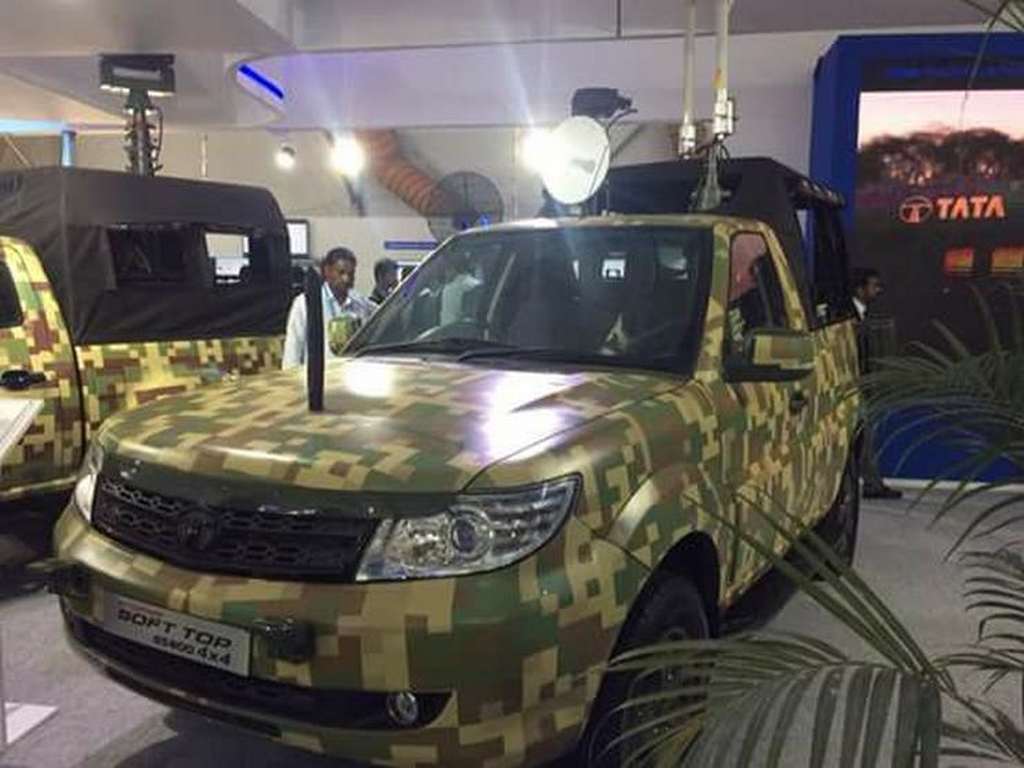 Last year, Tata Motors signed a contract with Indian Army to supply 3192 units of Safari Storme. This was a significant move for Tata Motors as the company beat Mahindra for Scorpio to get this order. Indian Army was testing both these models on different terrains across the country and finally decided to approve Safari Storme. In the recently concluded Defence Expo, Tata Motors showcased a soft top version of Tata Safari Storme based on the army spec GS800 (General Service).

The basic design of soft top version is similar to regular army spec model and it boasts an 825 kg payload with 2+3 seating configuration. The GS800 model must have hard top, air-conditioning and minimum payload of 800 kg. The Expo vehicle gets Mobile Emergency Communication System with an antenna and a mast that support one and two way of communication during emergency. 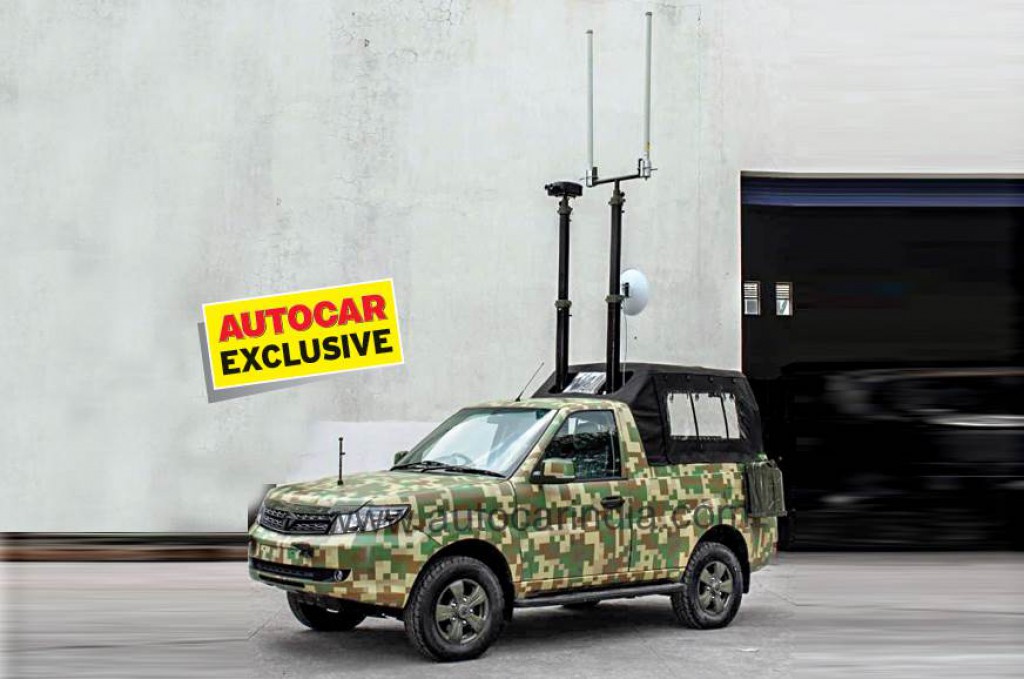 This system can be converted into an LTE station by plugging Network in a Box and according to Tata Motors it can be done in 15 minutes which is incredibly fast compared to normal systems. Apart from this, the Safari Storme also get heavy duty hook at the back and a unique jerry can holder at the left fender. Tata Motors has also given charging ports inside the cabin which is essential for the soldiers.

The Soft top Safari Storme GS800 spec is powered by 2.2 L diesel engine producing 140 hp and this engine is mated to 5 speed manual gearbox and power is sent to all four wheels. The engine is specially tuned for army purpose compared to standard version. The Indian manufacturer has already started delivery of Safai Storme to the Army and it will be completed in a phase manner. 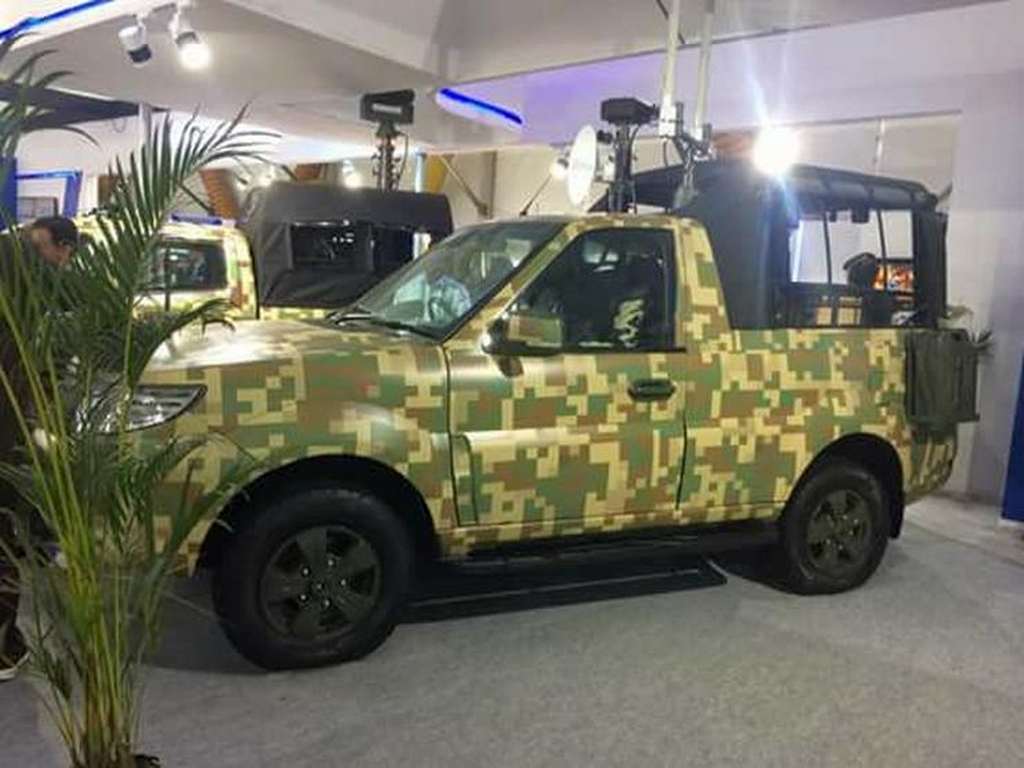 The G800 hard top Safari design is similar to the production version. But it is finished in matte green colour and all the chrome materials have been replaced by green or black colour. The wheels are also finished in this same colour. Tata Motors have extensively worked on suspension to make it suit for off-road conditions.