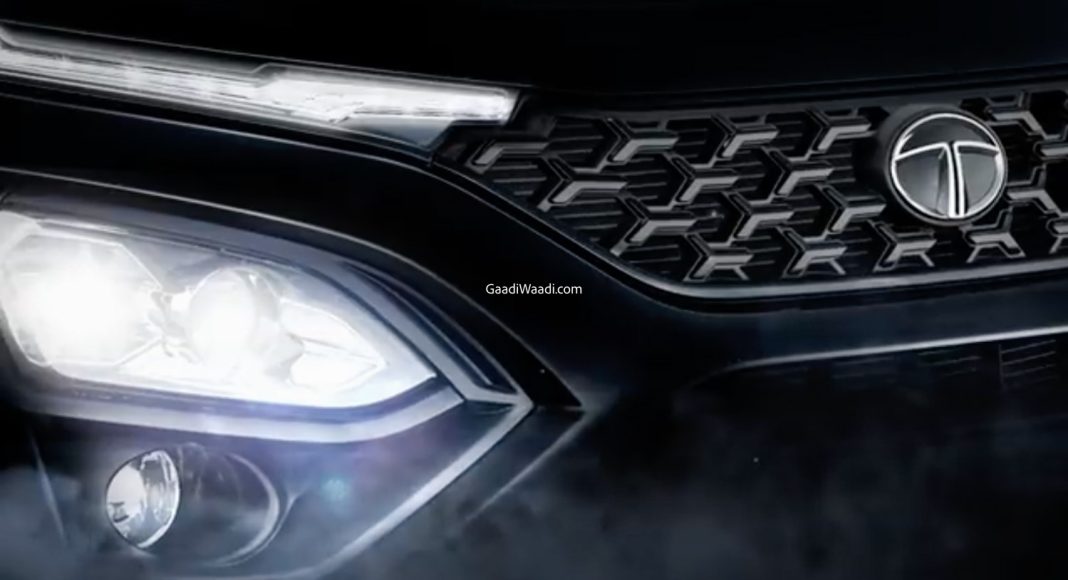 Tata Safari Dark Edition will go on sale on January 17, 2022, and it will get a black treated exterior and interior

In addition, the Harrier’s Dark Edition also saw an update. Over the years, the homegrown manufacturer has been consistent in bringing new variants and special editions (such as Dark and Camo) and thus evoking new interest amongst customers while keeping the product portfolio relatively fresh. The Dark treatment will further be expanded as the Safari is next in line to get it.

The 2022 Tata Safari Dark Edition has been teased online for the first time ahead of its market launch on January 17, 2022. Tata will also introduce the CNG variants of the Tiago and Tigor on January 19. The teaser image says “Brace yourself to experience the new era of Bold” and “three days to go, stay tuned!” hinting that it is just 72 hours away from getting launched.

The teaser indicates the presence of a blackened body paint with a black treated front grille and the tri-arrow pattern is also done up in black. The LED headlamps and LED Daytime Running Lights of the Tata Safari three-row SUV can also be seen. While no more details are known yet, it will more likely have a set of all-black alloy wheels, Dark Edition badges and black treatment to the tail section.

The interior will also get its share of black finishes and trims. Tata debuted the seven-seater Safari based on the Harrier in early 2020 and it was responsible for posting 18,358 unit sales last year. The Safari is slightly longer than the Harrier while having a similar wheelbase length.

It is underpinned by the same OMEGA (Optimal Modular Efficient Global Advanced) platform derived from Land Rover’s D8. The Safari is powered by the 170 PS producing 2.0-litre four-cylinder Fiat-sourced diesel engine and is connected to a six-speed manual transmission as standard while a six-speed torque converter automatic unit is optional.