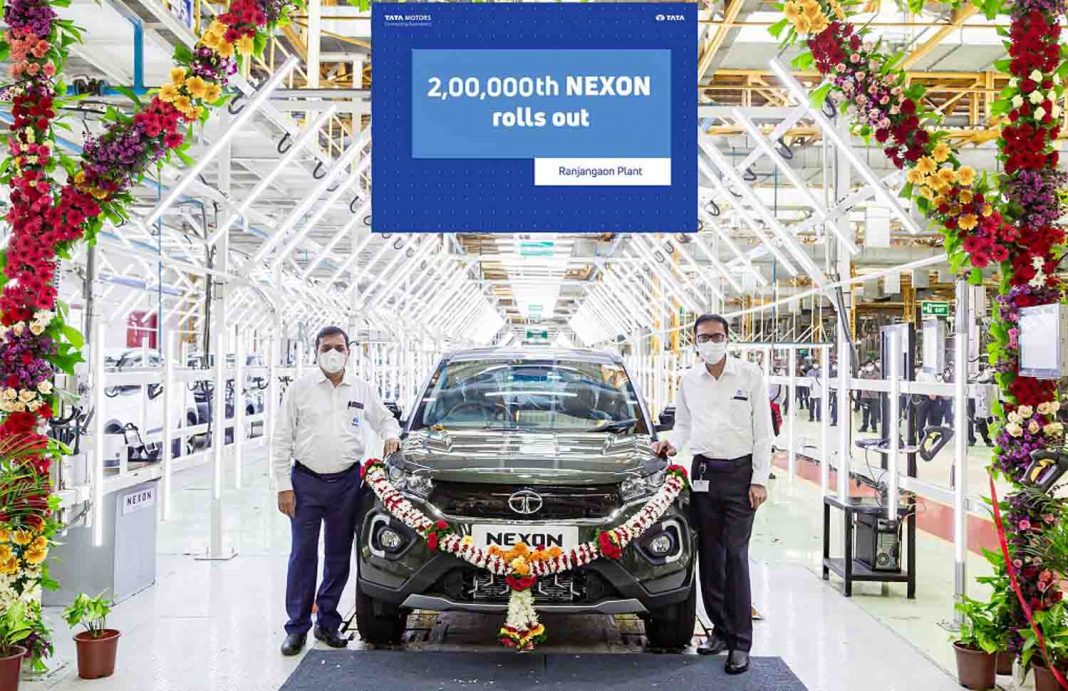 The last 50,000 units of the total two lakh roll out came in just six months as the popularity of the Tata Nexon steadily increased recently

Tata Motors has today announced to have rolled out 2,00,000th unit of the Nexon from its Ranjangaon facility in Pune. The homegrown manufacturer produced the 1,50,000th Nexon in November 2020 and within the space of the last six months, the last 50,000 units have been rolled out. Tata says the demand for the compact SUV outpaces the supply.

The automotive industry’s production has been hampered in recent times due to the apparent health crisis and despite the limitation, the Nexon has been able to post consistent sales volumes. In the month of May 2021, it finished within the top ten most sold passenger vehicle table and has been paramount in Tata recording three-digit YoY volume surge.

With the good reception for Tiago, Altroz and Nexon, Tata sits as the third-largest carmaker in the country on regular basis. The Nexon received five stars from the Global NCAP crash test organisation in December 2018 and since then its popularity only grew. First introduced in late 2017, the Nexon has been well received for its fuel-efficient diesel engine too. 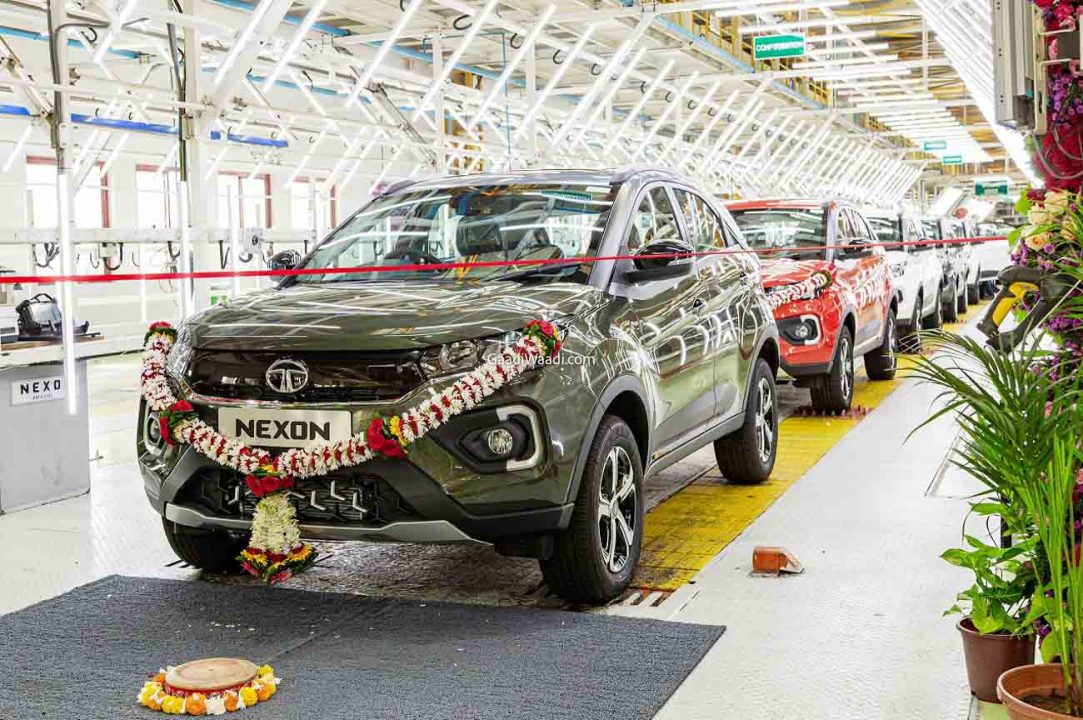 Tata says customer reservations have been growing for Nexon and in March 2021, the sub-four-metre SUV set its highest monthly sales record of 8,683 units. Recently, Tata discontinued four diesel engine equipped trims of the Nexon to streamline its range and is currently sold in a total of 20 variants (12 in petrol and 8 in diesel).

The Nexon gained a facelift alongside its siblings, the Tiago and Tigor early last year and it has really helped in the five-seater widening its appeal amongst buyers. It derives power from a 1.2-litre turbocharged Revotron petrol engine delivering a maximum power output of 120 PS and 170 Nm of peak torque while a 1.5-litre four-cylinder diesel is also available. 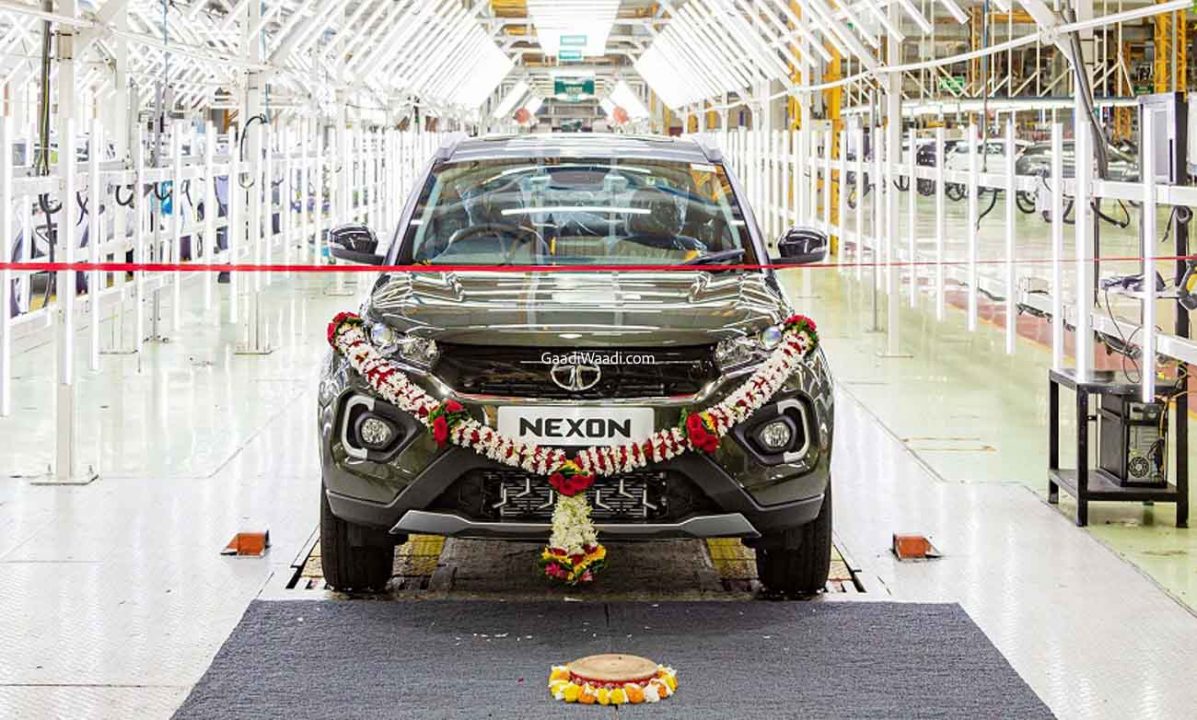 The Revotorq oil-burner kicks out 110 PS and 260 Nm. Both the powertrains are linked with a six-speed manual transmission as standard while a six-speed AMT is sold as an option. The interior boasts features like a sunroof, a large touchscreen infotainment system with Apple CarPlay and Android Auto connectivity, a flat-bottom steering wheel with mounted controls and so on.