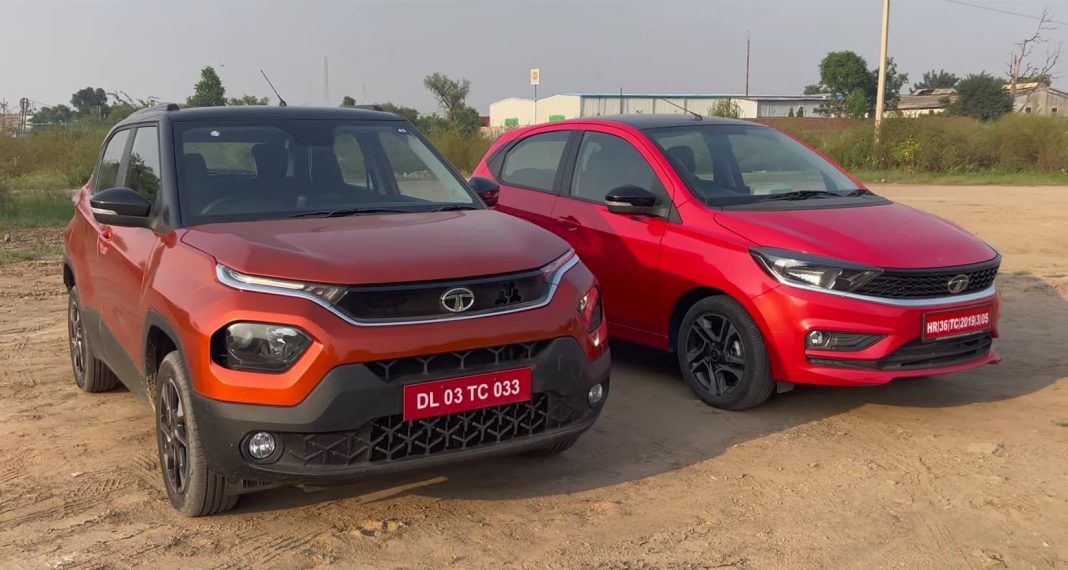 Check out our video comparison of the soon-to-launch Tata Punch with its sibling, the Tiago, to see how the two stack up against each other

Tata Motors is all set to launch a new micro-SUV in the Indian market, christened ‘Punch’, in the coming days. Tata Punch is an extremely handsome car and it comes with plenty of features on offer as well. It will be aimed towards budget-oriented buyers who are looking for an alternative to mid-level hatchbacks.

This begs the question – will Tata Punch be a better choice than the Tiago? Well, we decided to take a look at the two and see for ourselves. First, we start with the similarities; both the vehicles are powered by a 1.2-litre, naturally aspirated, inline-3 petrol engine, which generates a peak power of 86 PS and a maximum torque of 113 Nm. Transmission options include a 5-speed manual gearbox and a 5-speed AMT.

In terms of dimensions, the Punch is larger, and it gets thick black plastic cladding all around. It also has more road presence, thanks mainly to its Harrier-inspired front fascia. The rear section of the Punch is also sportier in comparison to the Tiago, which looks comparatively plain and simple. The Punch gets 16-inch diamond-cut wheels, while the Tiago gets 15-inch diamond-cut rims.

It should be noted that Tiago NRG also gets body cladding, which gives it a crossover-style overall design. However, the regular Tiago does not. The interior of the Punch bears some resemblance to that of the Altroz and Nexon, while the Tiago has a simpler cabin design. The space on offer is comparable, with the Punch being only slightly better. 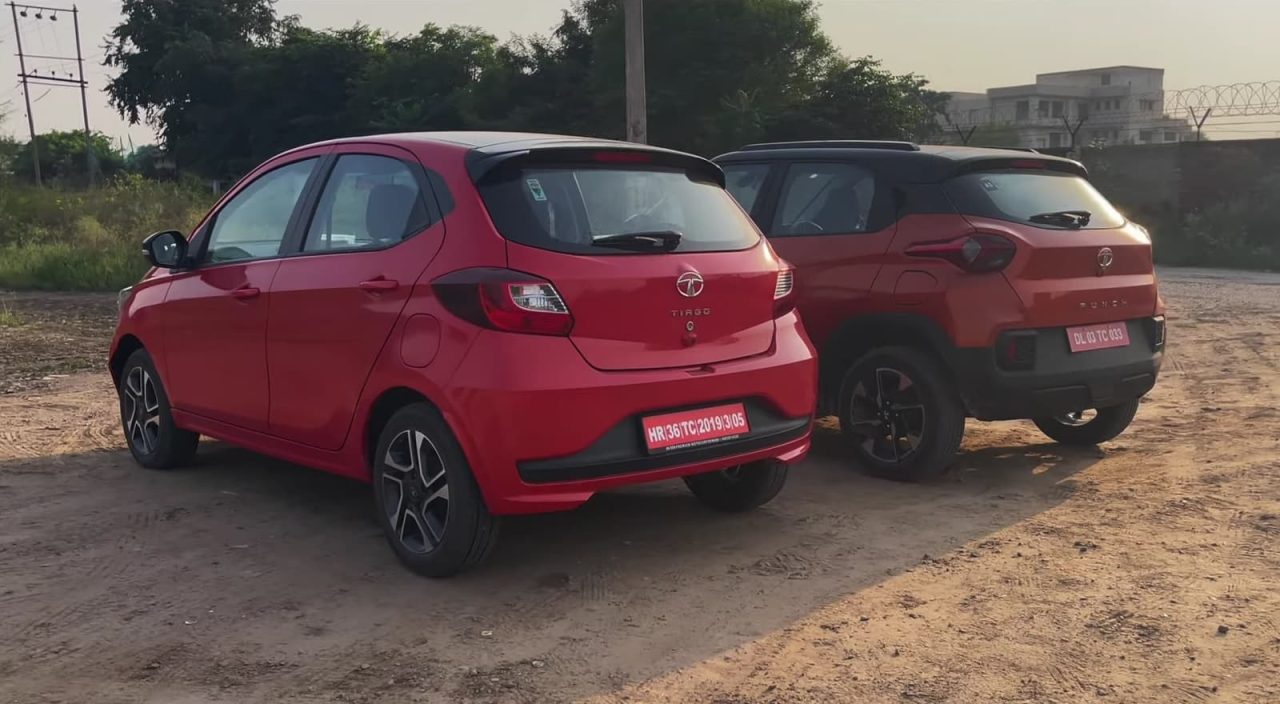 Tata Tiago is not as well equipped as the Punch; it gets halogen headlights and taillights, automatic climate control, an LCD digital instrument cluster, a 7-inch touchscreen infotainment system, etc. Connected car tech and engine start/stop system are not available on the Tiago.