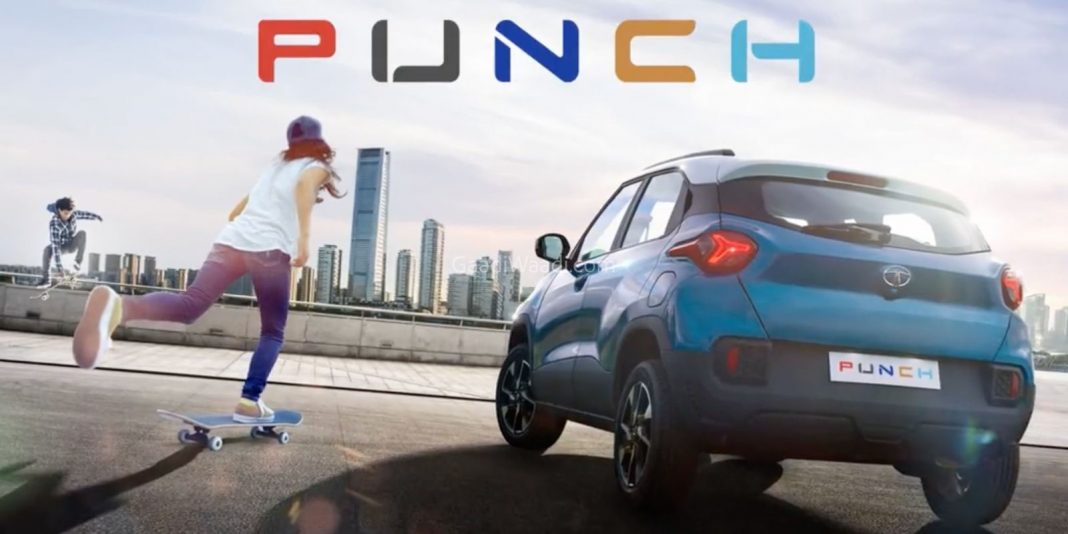 Tata Motors officially unveiled a few days ago the name of the production-spec HBX concept. Dubbed the Punch in a rather enthusiastic manner, the front right quarter image of the micro SUV gave us the necessary inputs on how the design has turned out to be. Now, the homegrown manufacturer has released a couple of more images showing the rear left quarter and side profile of the upcoming model.

Just as observed from the previous picture, the Tata Punch has taken heavily design influence from the H2X and HBX concept and it draws heavy influence from the Impact Design 2.0 philosophy. The rear features a sculpted tailgate with a Tata badge positioned in the middle while the wraparound tail lamps have a tri-arrow pattern LED signature on each cluster.

The high set rear bumper with vertical reflectors and faux air vents add to the sporty character of the sub-four-metre SUV. The positioning of the bumper is such that it would not damage the bodywork when you get nudged from the back in bumper-to-bumper traffic. The high-mounted stop lamp, rear wiper, and tailgate integrated spoiler are other highlights. 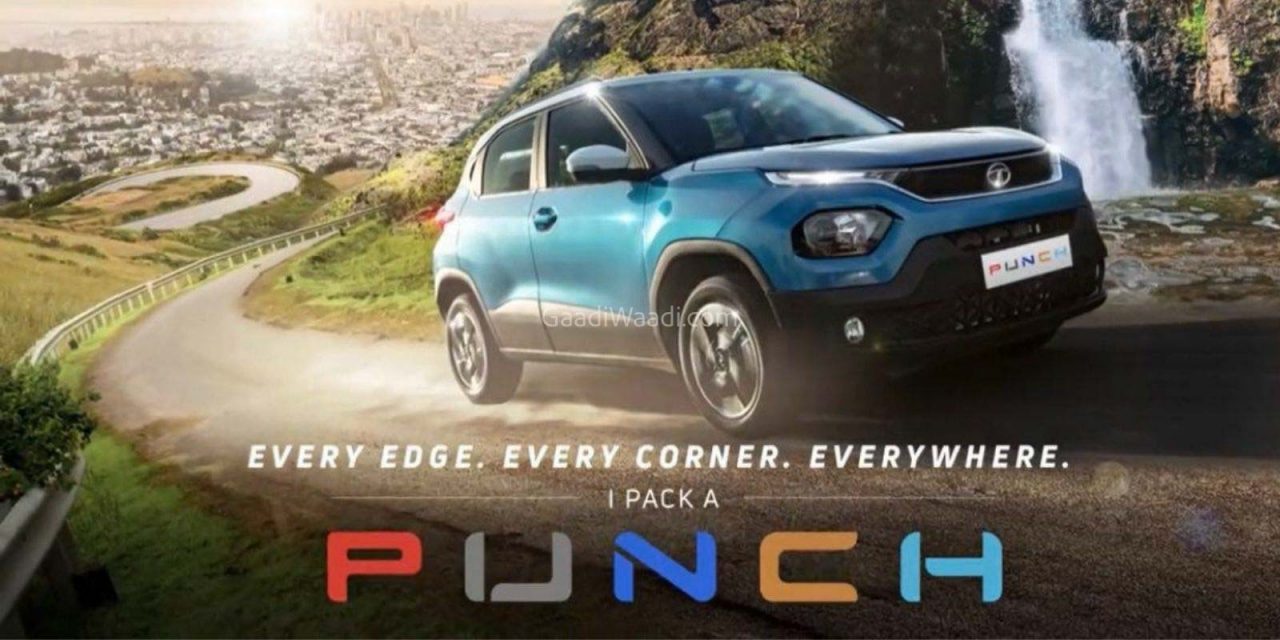 The Tata Punch will be offered in multiple colour choices including dual-tone shades such as the blue body and white roof combo. The interior of the Tata Punch will boast of a free-standing touchscreen infotainment system with Apple CarPlay and Android Auto compatibility, possible iRA connectivity based features, a steering wheel with mounted controls, a semi-digital instrument cluster, contrast interior highlights, push-button start/stop and so on. 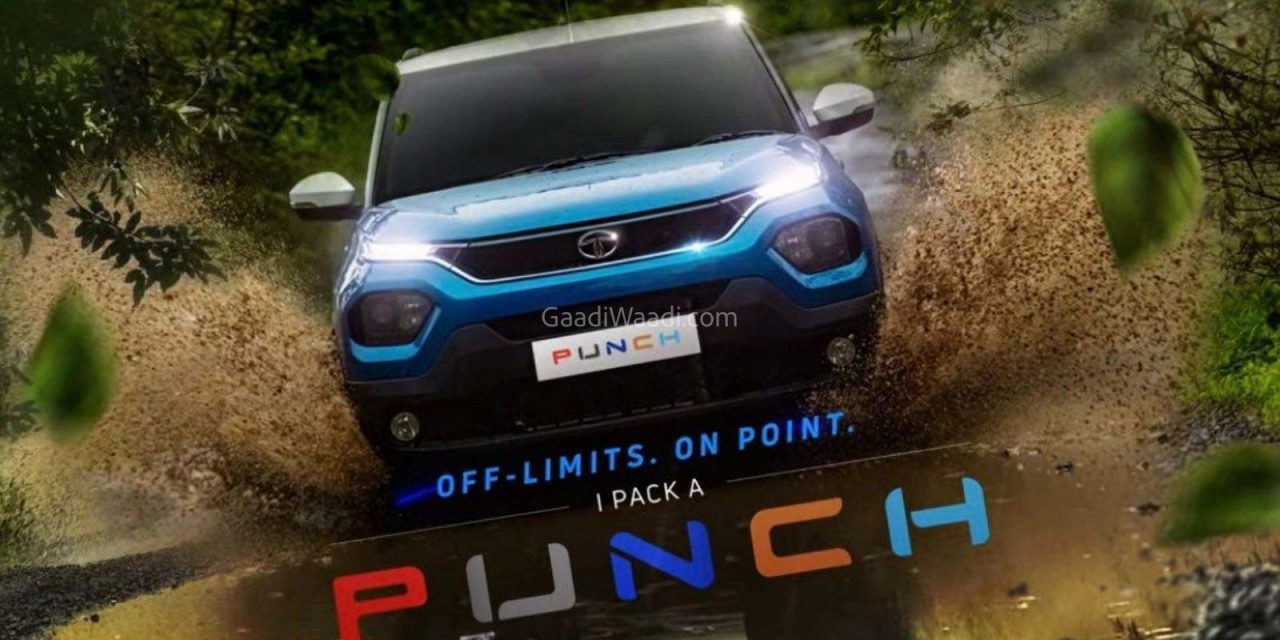 The Tata Punch is expected to be priced aggressively against Mahindra KUV NXT and Maruti Suzuki Ignis and it will likely be powered by a 1.2-litre NA petrol and the turbo version of the same engine with a five-speed manual and five-speed AMT transmission options.