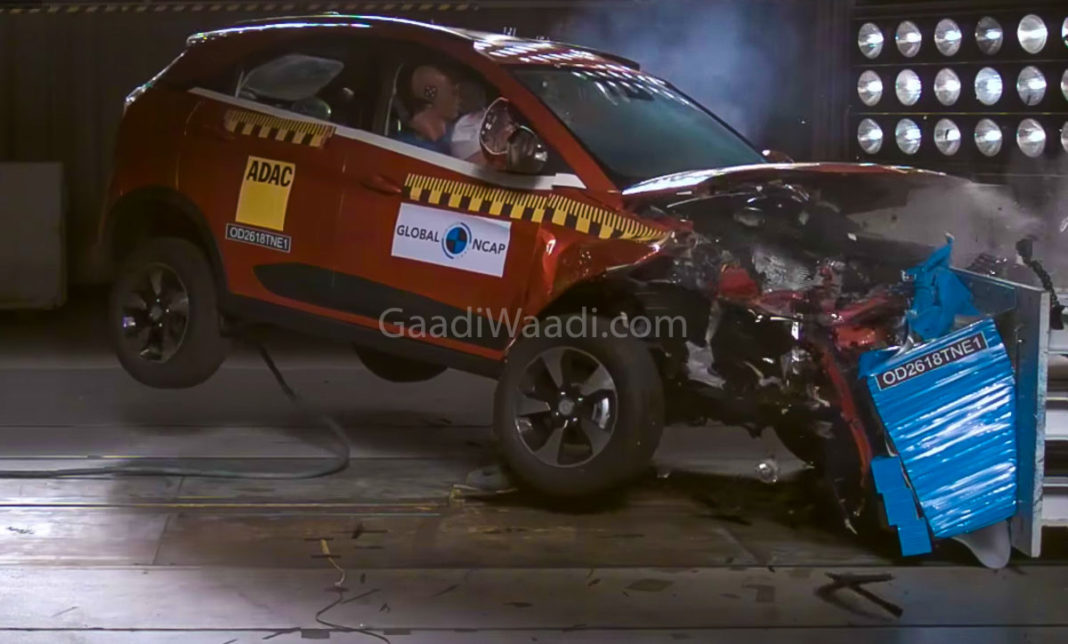 Indian automotive industry has often been criticised for unsafe cars. Well, the Tata became the first ever Indian car to get the 5-star safety rating in the history. The Tata Nexon sub-4-meter SUV has received 16.06 points out of maximum 17, which is the highest ever received by any car that has been ever made in India. This is an extremely big step for cars in the Indian market as the quality of the Indian made cars have been criticised around the world.

It should be noted that the Tata Nexon earlier got 4 stars in the same safety rating test conducted by Global NCAP. However, new features have been added by Tata Motors to the Nexon, which added the extra points to the vehicle. The Nexon ABS in all the four wheels as a standard fitment. The car also gets seatbelt reminder as standard fitment for the driver as well as the passenger side.

The earlier test was done in August and since then no changes have been made to the structure of the vehicle. Nexon continues to offer the dual airbags as a standard feature across all the variants just like before. For the child safety, the Nexon continues to get a 3-star rating and it remains unchanged.

The new feat by the Indian manufacturer would now force a lot of manufacturers to swing into action. The Nexon is a made-in-India developed by various centres of Tata Motors in different countries. The vehicle has been developed specifically for the Indian market.

Tata is planning to keep pushing the safety agenda and wants to ensure that all the future cars from the brand meet the 5 star rating or get a minimum of 4 stars. Global NCAP has been testing the Indian cars for a long time now and has been highlighting the lack of proper safety equipment in the vehicle. With the new test scores, the Tata Nexon creates a grand history.