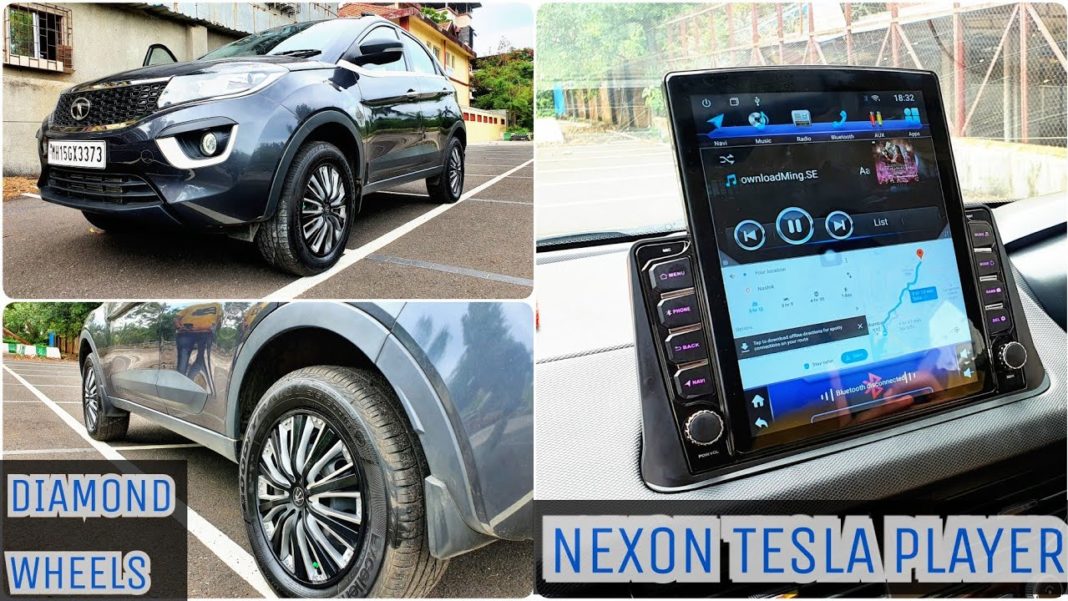 Tata Motors introduced the Nexon in late 2017 and it has been well received among customers for its solid build quality, economical yet powerful diesel engine and a packed features list. The top-spec variants are equipped with a large floating touchscreen infotainment system with Apple CarPlay and Android Auto as well as an eight-speaker Harman audio.

It used to be a 6.5-inch unit before being updated to seven inches last year with improved touchscreen response and a better UI interface. When the facelifted Nexon arrived earlier this year, it did get a host of aesthetic changes and interior revisions including a digital instrument cluster.

We have some amazing modifications of the Nexon in the past as customizers have pushed the limits of the funky styling the compact SUV has on offer, especially after the debut of the facelift model based on the Impact Design 2.0 philosophy. But, have you ever wondered how a large portrait-oriented touchscreen would look like in the Nexon?

Here is a Tesla-styled large touchscreen installed on the Nexon that can be ordered through Amazon. Despite enhancing the overall aesthetics of the five-seater SUV, it could hamper the driver’s view due to its tallness. Going into the details, the tablet-like touchscreen is eight inches in size and it supports Mirror Screen and runs on Android Operating System.

The touchscreen can be controlled through physical buttons and it can integrated neatly onto the dashboard. It also gets Google Maps and the split screen helps in simultaneous viewing of the maps and music. While reversing, the rear camera’s view is projected onto the screen with guidelines. For the ease of use, the screen can be configured to operate through steering mounted controls.

Other notable features include internet Hotspot and Waze by Google (a GPS navigation software app). The large touchscreen is fitted to the pre-facelifted Nexon and its gets newly designed 16-inch wheel covers and projector LED headlights as aftermarket fitments. The stock Nexon is powered by a 1.2-litre Revotron petrol and 1.5-litre Revotorq Diesel engine with manual and AMT transmission choices.