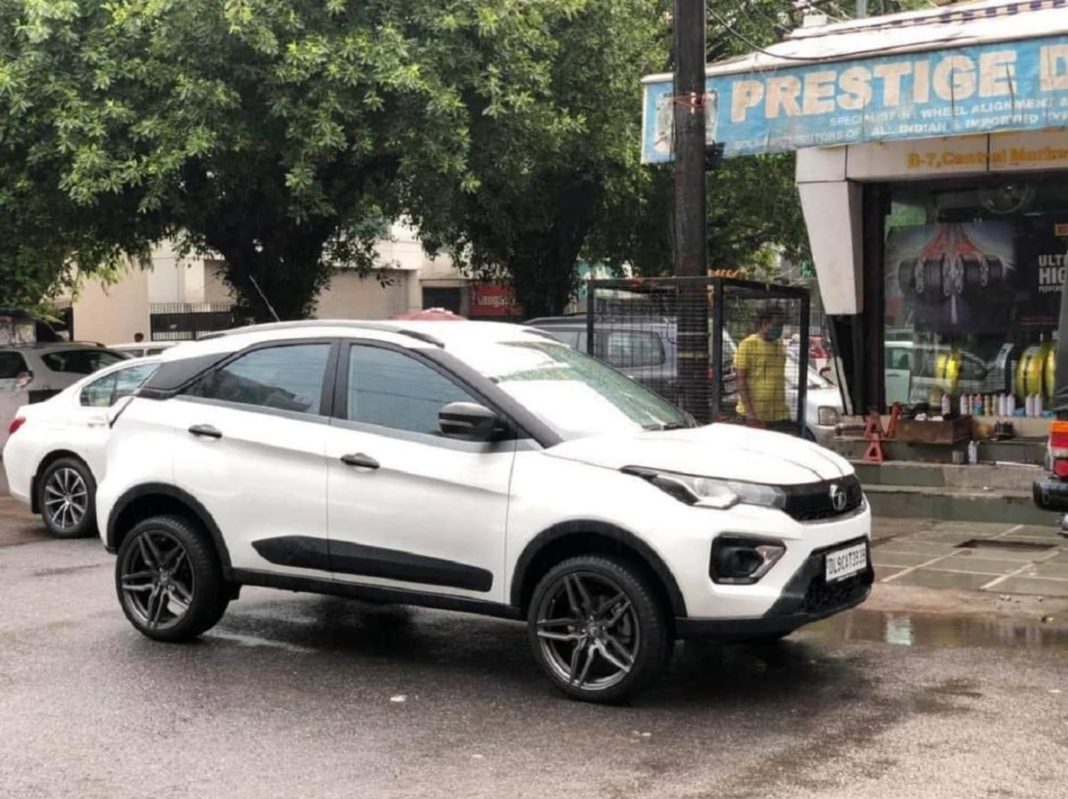 Take a look at this lower variant Tata Nexon, which has improved its exterior styling with the addition of just a few aftermarket accessories

Base model cars usually don’t look as pretty as the top-trim counterparts. Many carmakers use chrome embellishments and a few other design details to distinguish between the lower and higher trims. That said, as the base models’ exterior styling mostly only lacks visual flair, it is quite easy to rectify this.Here, we see a base model Tata Nexon, which looks quite brilliant, owing to its new alloy wheels.

This particular model is a Tata Nexon ‘XE’ trim, which sports a set of steel wheels as stock, and that too without wheel caps. This one, however, gets machine-cut, five-spoke, 18-inch alloy wheels (with split-spoke design). These wheels are from Prestige, a Delhi-based brand.

Because of the large wheels, the car wears low profile rubber, which might degrade the ride quality a little. Other than the lovely aftermarket wheels, there is another customisation on this Nexon – a pair of custom roof rails. These, however, aren’t functional units, rather they’ve just been added for enhancing the visual appeal of the car, which it surely does. 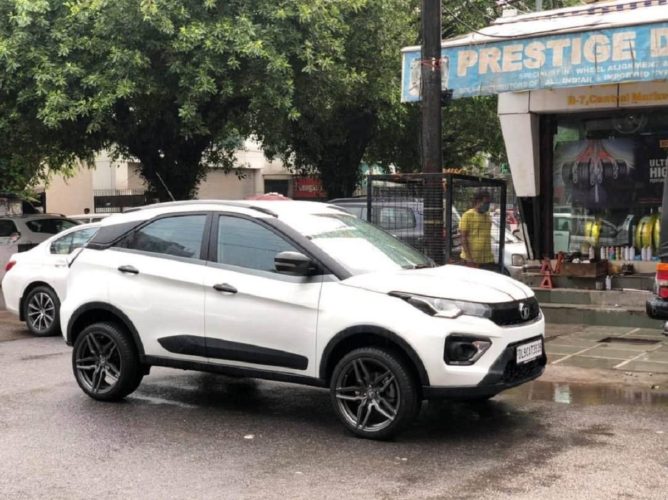 The rest of the car appears to be untouched, including the turn indicators and the fog lamp housings. On the base ‘XE’ trim, Tata doesn’t offer fog lamps or LED turn-indicators as standard. As such, the fog lamps housing has integrated halogen turn indicators on it, which look quite funky in all honestly. Also, the front air dam lacks the bright-coloured detailing on the tri-arrow mesh.

No modifications have been made to the SUV’s powertrain either. A stock Tata Nexon is offered with two engine options – a 1.2-litre turbo-petrol and a 1.5-litre turbo-diesel. The former is capable of generating 120 PS of peak power and 170 Nm of maximum torque, while the latter produces 110 PS and 260 Nm. A 5-speed manual gearbox is offered as standard, and a 5-speed AMT is available as an option on select trims.