In response to the recent speculations, Tata Motors has released an official statement to confirm its committed stand on the long-term future of Jaguar Land Rover. N Chandrasekaran, Chairman of Tata Motors and JLR has reassured that the group has firm plans in place despite facing global headwinds experienced by the auto industry.

He said that the management is taking “right steps to drive operational excellence” and will continue to invest in innovation and product development to ensure global competitiveness. He dismissed rumours surfaced on the internet suggesting Tata Motors is looking to divest stake in the British luxury car manufacturer or discontinue the Jaguar brand.

He believes in JLR’s capabilities and is confident of improving operational leverage to deliver consistency in competitive and cash accretive growth, and drive performance and success in the medium term. The statement comes on the back of Tata Motors reportedly assertive over commitment to JLR and told UK Prime Minister Theresa May of its intentions despite the seemingly never ending saga created by Brexit.

Tata Motors bought Jaguar Land Rover from Ford more than a decade ago and staged a historic turnaround. However, Brexit and scenario in global auto industry like Chinese tariff changes and trade concerns were said to be forcing the brand for up to 5,000 job cuts in the first month of 2019. JLR employs 40,000 people in its home country of UK alone and has already slashed 1,000 jobs in 2018 as part of the cost cutting effort announced in November to offset profit losses. 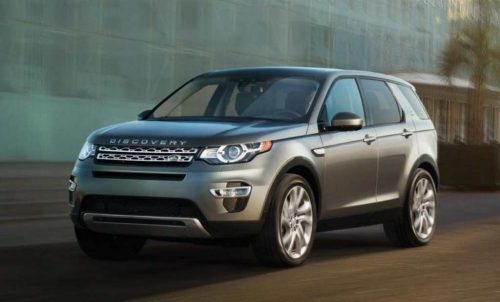 The ‘Charge and Accelerate’ transformation programs focus on delivering 2.5 billion pounds of cost, cash and profit improvements during the course of next couple of years. JLR reported pretax losses of 90 million pounds in Q2 2018, as volumes declined by 13.2 percent when compared to the same period in 2017.

The company’s November sales in China saw a huge slump of 51 percent with overall global decrease of 8 percent. Apart from Chinese woes, JLR is combating other challenges like shrinking demand for diesel powertrains in Europe. The EU’s more stringent emissions and fuel efficiency policy, is exacerbated by United Kingdom’s exit from the EU by March 2019.

The British Parliament has not yet voted on the Brexit deal negotiated by PM Theresa May and the 27 EU member states. It has prompted concerns that the country may leave the European Union without stuffing a deal on table.