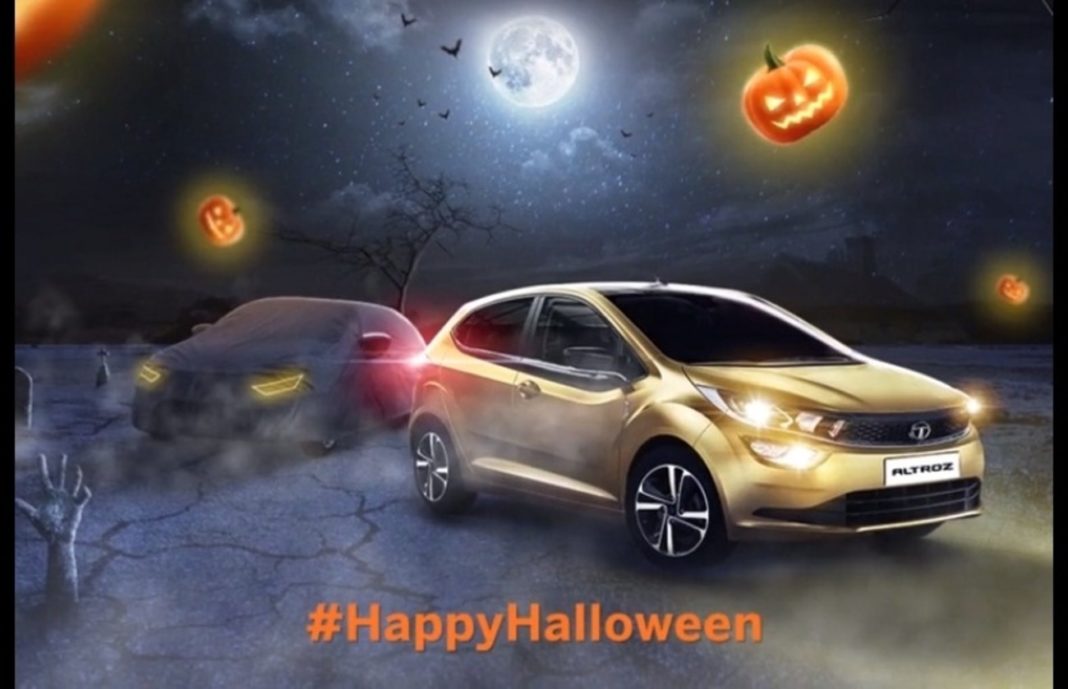 Festivals are a great time to show-off one’s creativity, and even poke a little fun at the competitors if possible, just like Tata Motors did recently!

The next-generation Hyundai i20 is scheduled to launch in India on 5th November 2020, and it has already managed to create a lot of buzz in the market. Potential customers have been waiting to get their hands on one for a long time now, and we expect the competition in the premium hatchback segment to toughen-up considerably after the new i20’s launch.

It seems like rivalry has been brewing even before the vehicle’s arrival in the Indian market! Tata Motor recently released a Halloween commercial for the Altroz, in which it poked fun at its upcoming rival. The 15-second-long video shows a vehicle covered in a veil, with a message reading “This Is A Tri20”, which corrects itself to “This Is A Trick”.

Next up, the Tata Altroz appears, with the words “This Is The Treat” floating above it. This is in reference to the ‘Trick or Treat’ Halloween tradition, which should be apparent with the spooky atmosphere and background music in the video. It’s fun to see automakers rival each other via creative advertisements, like the famous BMW and Audi ad war, or the one between Mercedes and Jaguar.

This isn’t the first time Tata Motors has taken a swing at the Altroz’s competitors. There was a similar advertisement earlier this year, on Father’s day, in which the company creatively name-dropped the other premium hatchbacks available in the market at that time (Maruti Baleno, Hyundai i20, and Toyota Glanza).

The Tata Altroz is available with two engine options – a 1.2-litre, naturally aspirated, inline-3 petrol motor and a 1.5-litre, turbocharged, inline-4 diesel mill. The former can generate 86 PS and 113 Nm of peak power and torque, respectively, while the latter can develop 90 PS and 200 Nm. Both engines are available with a 5-speed manual gearbox only.

Tata will also introduce the turbo-petrol variant of the Altroz soon. It will have the same engine as the Nexon petrol, but detuned to generate only 110 PS and 140 Nm. It will come with a 6-speed manual gearbox initially, and a 7-speed DCT is expected to be added at a later date.