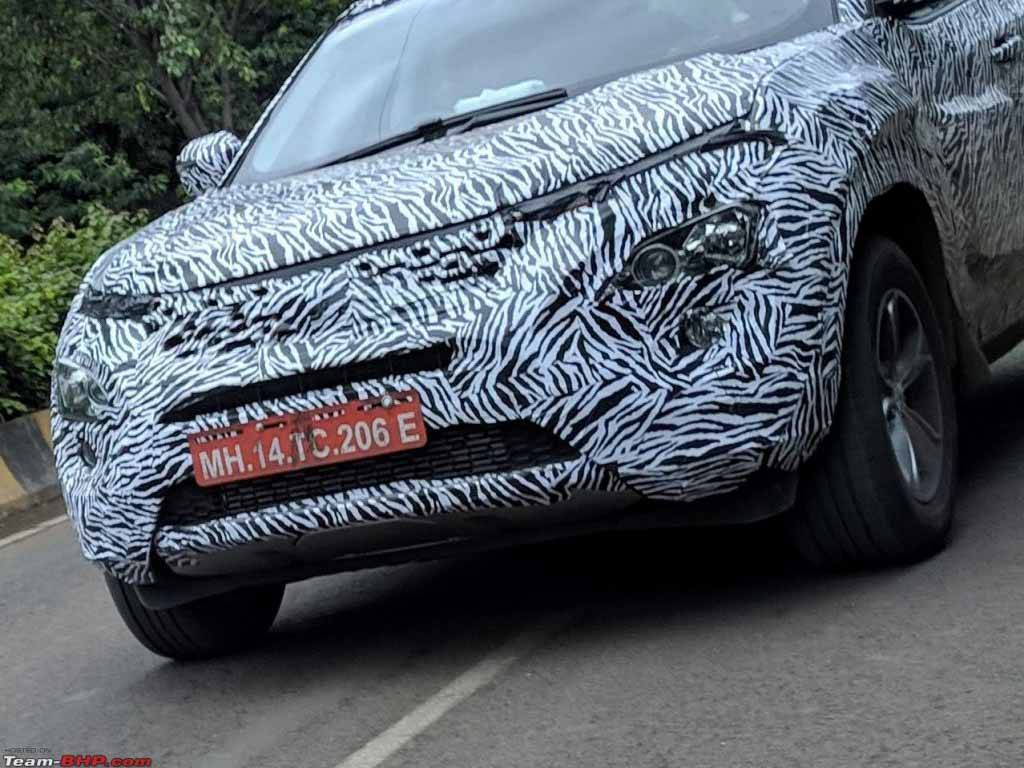 Tata’s upcoming compact SUV has been on the headlines for quite a while and since its official name was released with teasers, the anticipations have got a lot higher. Dubbed ‘Harrier’, the SUV is the first model to bear Impact Design 2.0 philosophy, a descendant of the existing styling followed in Nexon and Hexa.

Based on the new OMEGA (Optimal Modular Efficient Global Advanced) architecture, derived from Land Rover’s D8 platform, the Harrier holds plenty of significance for the homegrown automaker as it will compete against the likes of Hyundai Creta in the highly competitive segment.

The Creta is a dominant model not just in India but a few other developing markets like Brazil as well. If the Harrier can get one on Creta locally, its global aspirations are on a positive note to begin with. Ahead of the market debut in early 2019, around January or February, it has been caught testing a number of times.

The Harrier has vowed to take majority of its design from the H5X concept it is based on, in a similar fashion to how Nexon transformed from concept stage to production with little conceivable changes. A latest set of spy images clearly indicates the front end resembling the concept. 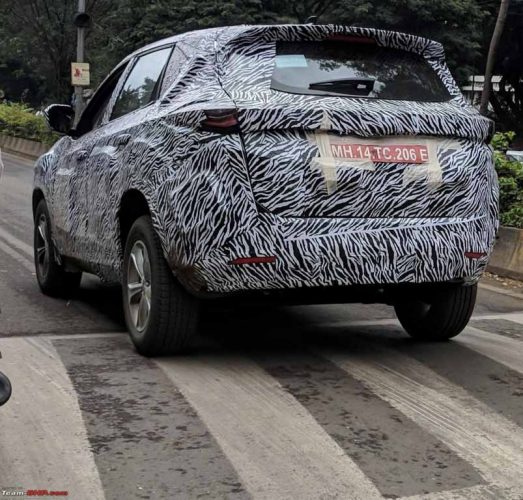 The slim LED DRLs are tucked under the sweeping bonnet with a compact grille area boasting the Tata badge. Besides, a lighting assembly with a new housing positioned below the main frame for projector beams and reflector lens can also be witnessed under the camouflage.

The Harrier will be powered by FCA-sourced 2.0-litre Multijet four-cylinder diesel engine. The same motor is used in the top-selling Jeep Compass but with two varying tunes in the Harrier. The five-seater Harrier is expected to produce as much as 140 hp, and the seven-seater rivaling Compass with a different name could churn out 170 hp.

The Harrier will offer a six-speed manual transmission as standard, while a Hyundai-sourced six-speed torque converter AT is tipped to be offered on top-spec variants instead of the earlier mooted nine-speed auto due to cost-cutting and technical reasons. With pricing in the range of Rs. 12-16 lakh (ex-showroom), we can expect the Harrier to take on other rivals like Mahindra XUV500 and entry-level Jeep Compass models.