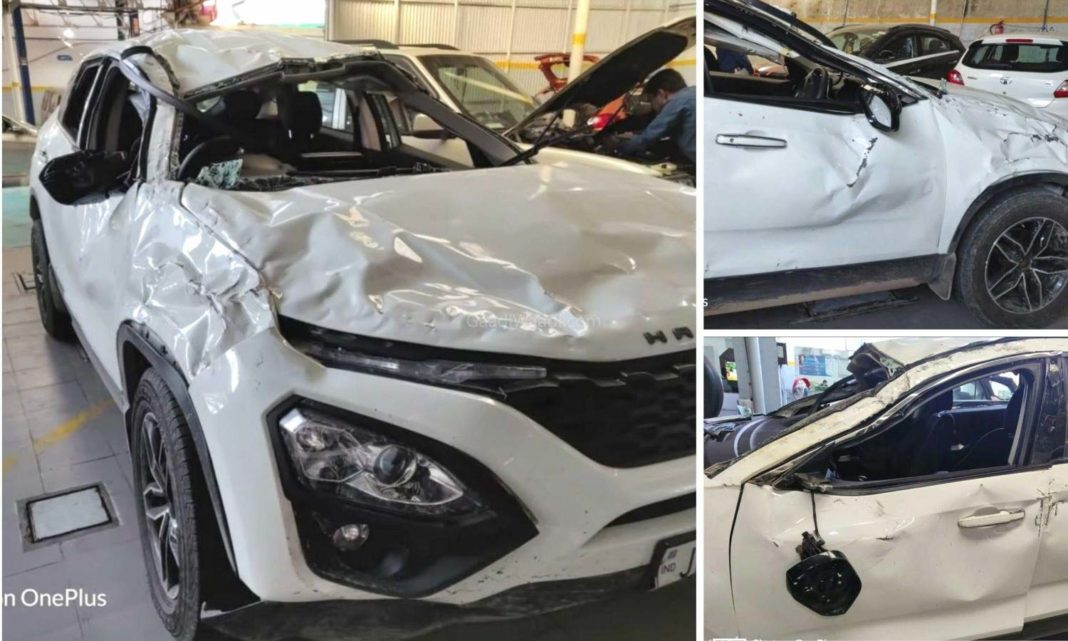 The 2020 Harrier is one of the safest cars in its segment, thanks to the range of safety features as well as its superior build quality

Tata Motors is today known for producing some of the safest cars in the entire country, with the carmaker’s offerings scoring top marks in the Global NCAP crash test. But scoring good in tests would not mean a thing if the cars couldn’t perform similarly during a real life hazard. However, this Harrier goes on to prove that Tata is not just good on paper.

This white Harrier from Jammu & Kashmir was involved in a huge crash recently. The SUV was at high speeds when the driver lost control and toppled a couple of times before ending up upside down. Major damages can be seen on the Harrier’s front end, and its roof looks crumpled and the front windshield is completely shattered. Since there was no direct impact on the front airbag sensors, the system did not detect a frontal impact and the airbags of the car did not open.

Luckily though, all the passengers were safe with some minor scratches and wounds, even without having the protection of the airbags. This goes on to prove that the Harrier is indeed, a pretty safe car. The SUV is built on Tata’s Omega ARC platform using advanced light weight and high tensile material. 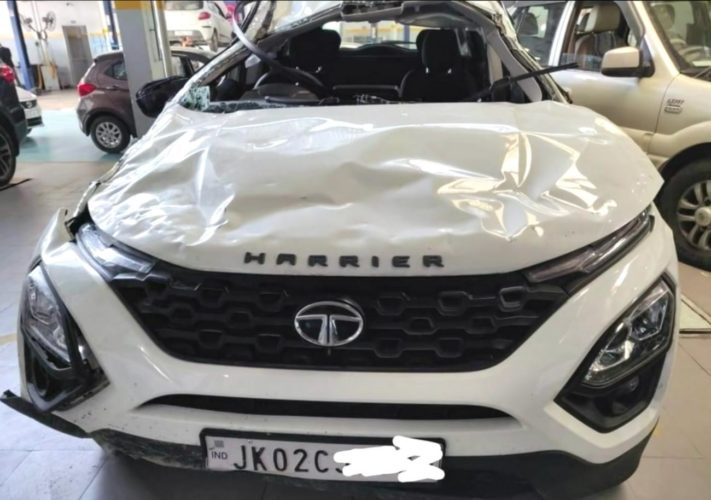 While this is a mid-variant of the pre-facelift Harrier with two frontal airbags, the 2020 top-end trim of the Harrier gets six airbags, ABS with EBD, Corner Stability Control, Electronic Traction Control, Electronic Stability Control, Hill Hold Control, Hill Descent Control, Roll Over Mitigation, Brake Disc Wiping, Hydraulic Brake Assist, Hydraulic Fading Compensation, and a few more features that make it one of the safest cars in its segment.

Powering the car is an FCA-sourced 2.0-litre Kryotec four-cylinder turbo diesel engine that belts out 170 PS of max power and 350 Nm of peak torque. The transmission duties are taken care of by a 6-speed MT, along with a Hyundai-sourced 6-speed torque converter automatic gearbox. Tata currently retails the Harrier at a starting price of Rs 13.69 lakh, which goes up to Rs 20.25 lakh (both prices, ex-showroom).