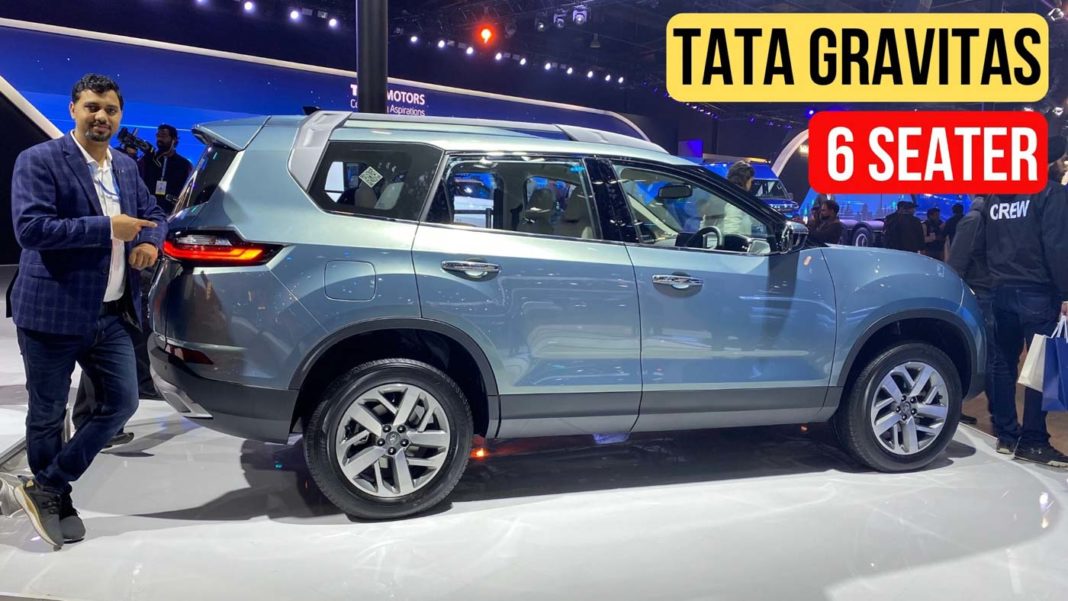 Tata Gravitas is the six-seater version of the Harrier and is powered by a BSVI compliant 2.0-litre 170 PS diesel engine

As part of the galore of unveils at the ongoing 2020 Auto Expo, Tata Motors has broken the covers off the Gravitas SUV. It comes with several notable features you would not find on the Harrier and it consolidates the brand’s SUV portfolio by sitting at the top of the range. The main difference between the Harrier and Gravitas is the addition of a third row of seats.

The Gravitas comes equipped with disc brakes on all four wheels and it has longer rear overhang and a bulge on the roofline to accommodate the final row of passengers with enough interior room. On the inside though, the Gravitas looks broadly similar compared to the regular Harrier, which has also been updated 2020 and on display at the biennial motoring show.

The cabin features  a large free-staring touchscreen infotainment system with Apple CarPlay and Android Auto connectivity and the centre console leads on to storage area and cup holders. The layered dashboard with chrome finish, brown leather seats, multi-functional steering wheel with mounted control, similar instrument binnacle as the Harrier and chrome AC vents are other highlights.

The Gravitas measures 4,661 mm long, 1,894 mm wide and stands 1,786 mm tall. It is powered by a BSVI compliant 2.0-litre Kryotec 170 four-cylinder diesel engine producing 170 PS and 350 Nm. It is paired with either a six-speed manual or a six-speed torque converter automatic transmission sourced from Hyundai.

The Gravitas will be offered in a six-seater layout with a middle row captain seating arrangement and it could bode well for customers liked to be chauffeured around. The SUV will compete against a slew of seven-seaters offered in the domestic market and it first showed its face to the public under the Buzzard moniker at the 2019 Geneva International Motor Show.

It has been confirmed to go on sale in the opening half of the next financial year (April to September 2020 period). Tata has unveiled the HBX concept, Sierra EV concept, Hexa Safari Edition and the 2020 Harrier alongside a range of other passenger and commercial vehicles at the ongoing motoring show.