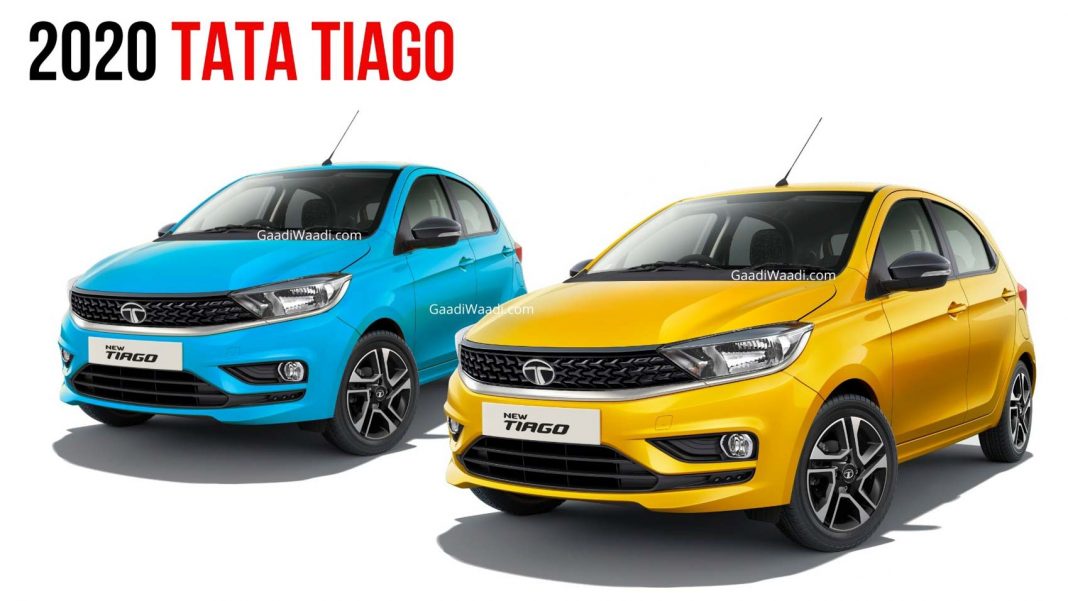 Tata Motors is expected to launch a range of new cars in the country this year, while the carmaker makes do with five offerings for now

With a market share of 4.8 per cent, Tata Motors retained its spot as the fourth best-selling automobile manufacturer in the Indian market in FY2020, as the carmaker managed to sell 1,31,197 cars in the said period. As of now, the homegrown carmaker has a total of five BS6-compliant vehicles in its line-up.

Tata Motors launched a mid-life facelift version of the Tiago hatch earlier this year, alongside the facelifted Tigor, Nexon, as well as the all-new Altroz hatch. While the mid-life refresh brought along some cosmetic changes, it also brought along BS6-compliance with it.

That being said, the BS4 1.05-litre three-cylinder diesel engine of the Tiago was discontinued, and the car now comes with a sole 1.2-litre three-cylinder petrol engine that puts out 86 PS of power and 113 Nm of max torque. The said engine comes mated to a 5-speed manual transmission, along with an optional AMT. 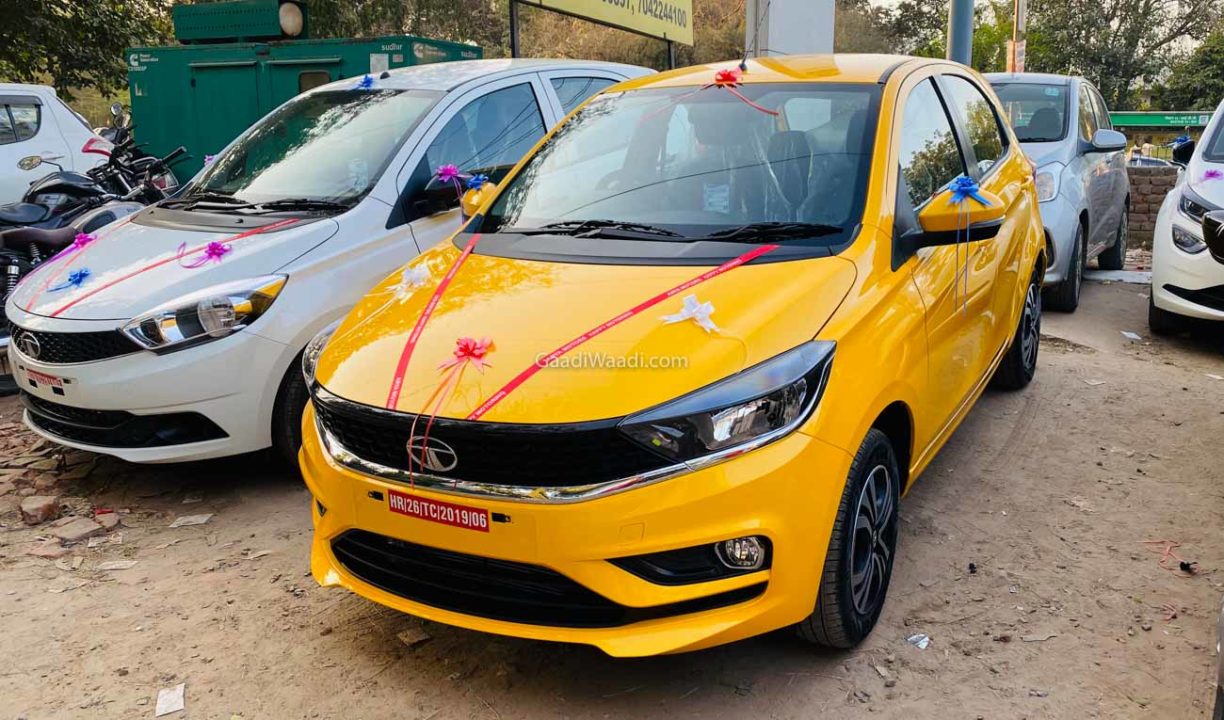 Tata retails the Tiago at a starting price of Rs 4.60 lakh, going all the way up to Rs 6.60 lakh (both prices, ex-showroom) for the top-end trim. The Tiago competes against the likes of Hyundai Santro, Maruti Suzuki Wagon R and Celerio in the Indian market

The Tigor shares is basically the sedan version of the Tiago, hence it uses the same 1.2-litre Revotron petrol engine as the hatchback. Tata has priced the BS6 Tigor between Rs 5.75 lakh and Rs 7.49 lakh (ex-showroom). The updated sub-4m sedan continues to rival the Maruti Suzuki Dzire, Hyundai Aura, Honda Amaze and the Ford Aspire.

Tata entered the premium hatchback segment a little too late, but the Altroz is here to stay. The sub-4m car was launched with a BS6-compliant 1.2-litre Revotron petrol engine, and a 1.5-litre turbocharged Revotorq diesel engine. The petrol engine is rated at 86 PS/113 Nm, while the diesel motor churns out 90 PS power and 200 Nm torque. As of now, a 5-speed manual gearbox is the only transmission option available with the Altroz. 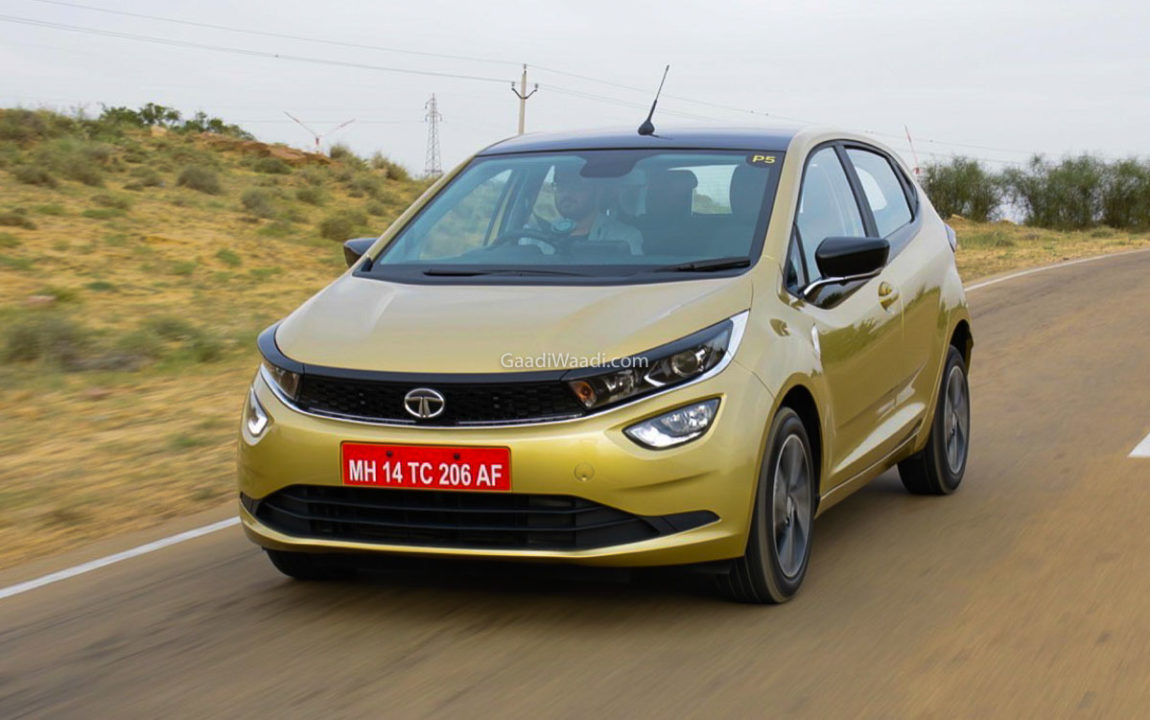 The petrol-powered Altroz is priced between Rs 5.29 lakh and Rs 7.69 lakh, while the diesel BS6 Altroz is retailed from Rs 6.99 lakh to Rs 9.29 lakh (all prices, ex-showroom). The premium hatch currently competes against the likes of Maruti Suzuki Baleno, Toyota Glanza, Hyundai i20 and the Volkswagen Polo in the market.

The Nexon also received a mid-life facelift earlier this year, which brought tons of new features along with the visual enhancements. The Nexon is now offered with a 1.2-litre three-cylinder turbocharged petrol engine that makes 120 PS of maximum power and 170 Nm of peak torque, and a 1.5-litre oil burner rated at 110 PS/260 Nm.

Tata retails the Nexon at a starting price of Rs 6.95 lakh, which goes up to Rs 12.7 lakh (both prices, ex-showroom) for the top-end automatic trim. The Nexon is pitted against other subcompact SUVs in the country including Mahindra XUV300, Maruti Suzuki Vitara Brezza, Hyundai Venue and the Ford EcoSport as well.

The Harrier received a major update this year, and the updated 2020 model made its debut at the 2020 Auto Expo. The FCA-sourced BS4 2.0-litre Kryotec diesel engine was updated to comply with the latest emission norms, and the power output was increased from 140 PS to 170 PS, while the peak torque output remains the same at 350 Nm. 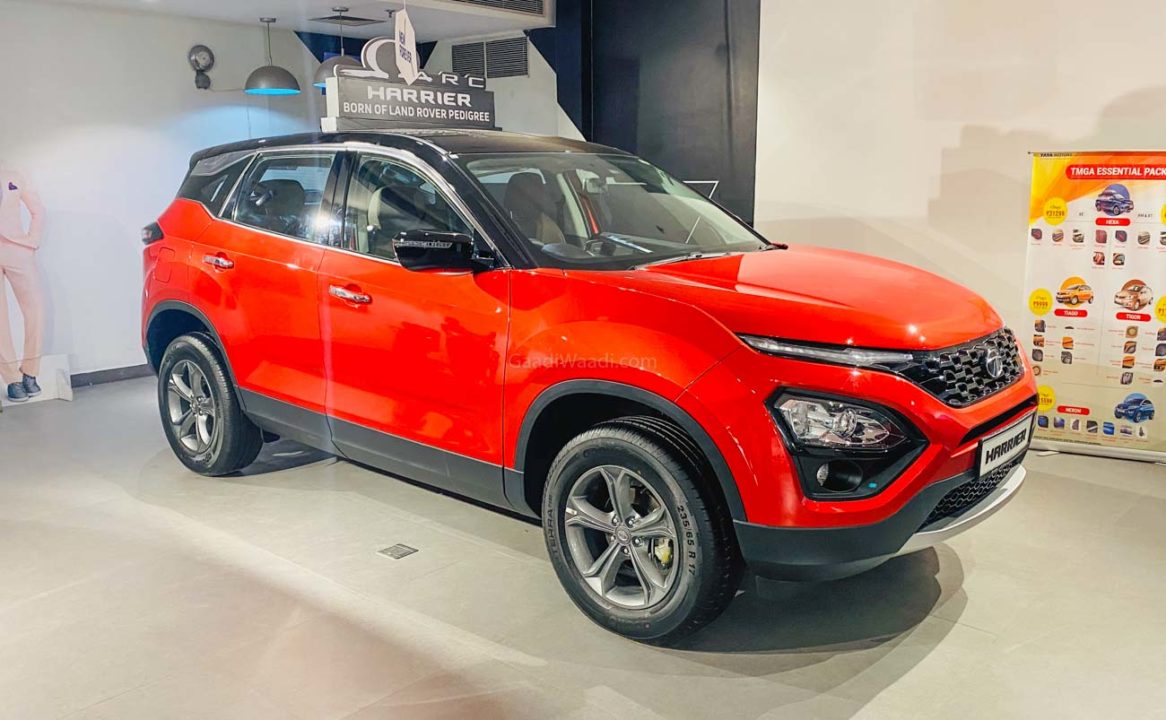 The 6-speed manual transmission was retained, while a Hyundai-sourced 6-speed torque converter automatic gearbox is now also on offer. Tata has priced the BS6 Harrier from Rs 13.69 lakh to Rs 20.25 lakh (ex-showroom). The Harrier directly rivals the likes of Jeep Compass and MG Hector, while it also faces stiff competition from the slightly smaller mid-size SUVs Hyundai Creta as well as the Kia Seltos.