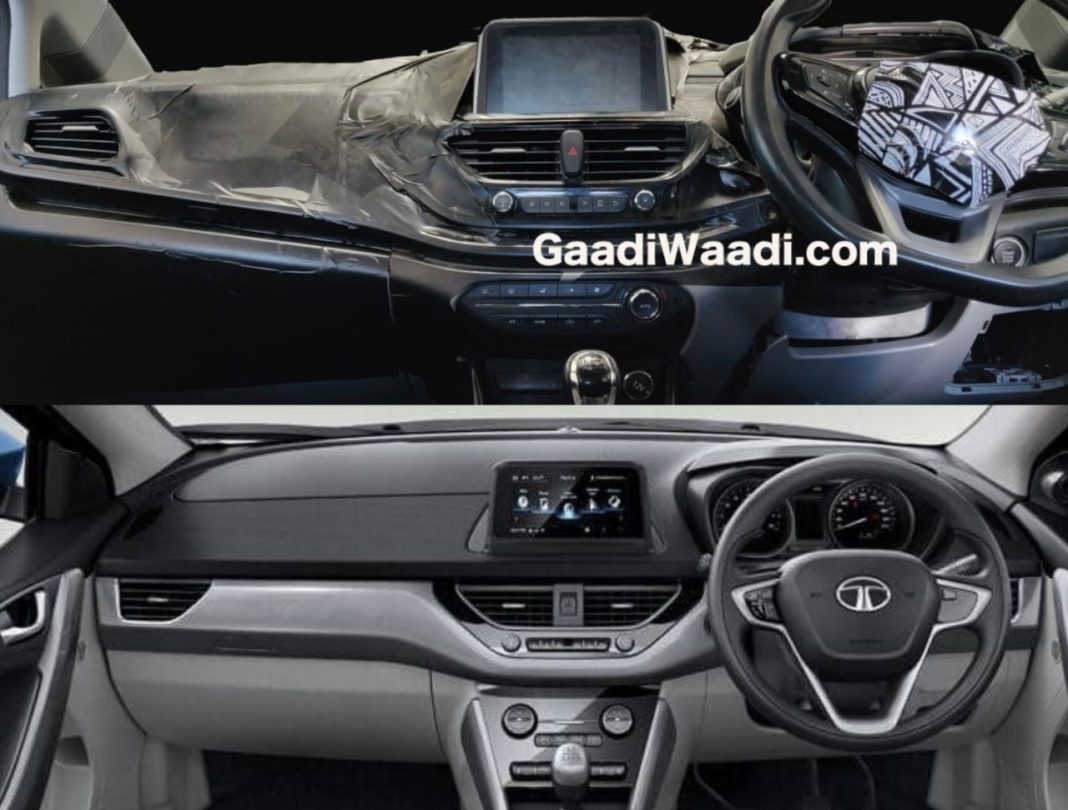 The Tata Aquilla (codename- 45x) will launch in the second half of 2019 to compete with models like the Maruti Baleno and Hyundai Elite i20. There have been many spy images of the company’s most advanced hatchback ever, but our exclusive images here offer the closest look yet at the interior, which seems to take inspiration from the Tata Nexon.

Like the Tata Nexon, the dashboard of the Tata Aquilla holds a floating-type touchscreen infotainment unit that is expected to offer Android Auto and Apple CarPlay smartphone integration. Also, the 45X will become the first-ever Tata hatchback to offer a flat-bottom steering wheel. However, unlike the Tata Harrier, which gets a semi-digital instrument console, the Aquilla comes with an all-analogue instrument console.

This will help the company keep the costs down. The interior of the Tata Aquilla test mule gets an all-black colour treatment, but we guess that the top-end model will have a premium dual-tone finish keeping in tastes of the audience in mind.

Other observations from our exclusive image of the dashboard of Tata Aquilla include infotainment controls below the centre aircon vents and aircon controls in the lower section of the dash. Other than this, you can also make out the engine push button start/stop function, 12V socket and steering mounted controls.

The exterior of the Tata Aquilla was previewed by the Tata 45x concept car showcased at the Auto Expo 2018. However, the production model will not look exactly like the concept. Unlike the show car, which was 4.3-metre long, the final product will measure less than four metres. Also, it won’t look radical but will feature a similar belt line and a raked roofline. 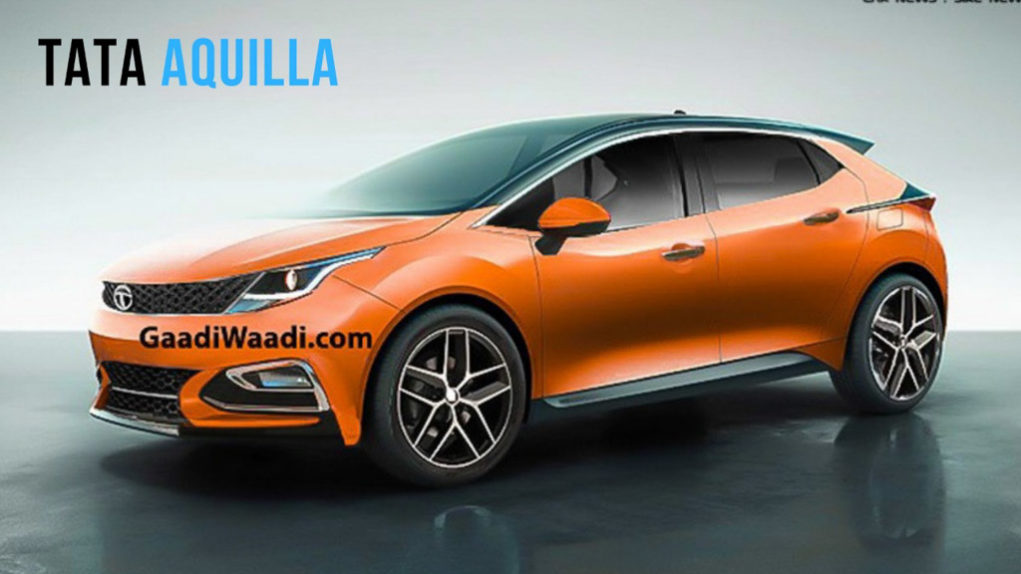 Underpinning the Tata Aquilla (Tata 45X) will be the company’s new Advanced Modular Platform (AMP). Engine options for the Maruti Baleno and Hyundai Elite i20 rival will include a 1.2-litre naturally aspirated petrol engine that will benefit from a mild-hybrid system similar to the SHVS mild hybrid system from Maruti Suzuki. The diesel engine will displace 1.5-litre and come mated to a five-speed manual transmission, while the petrol engine will even offer an optional dual-clutch automatic transmission.