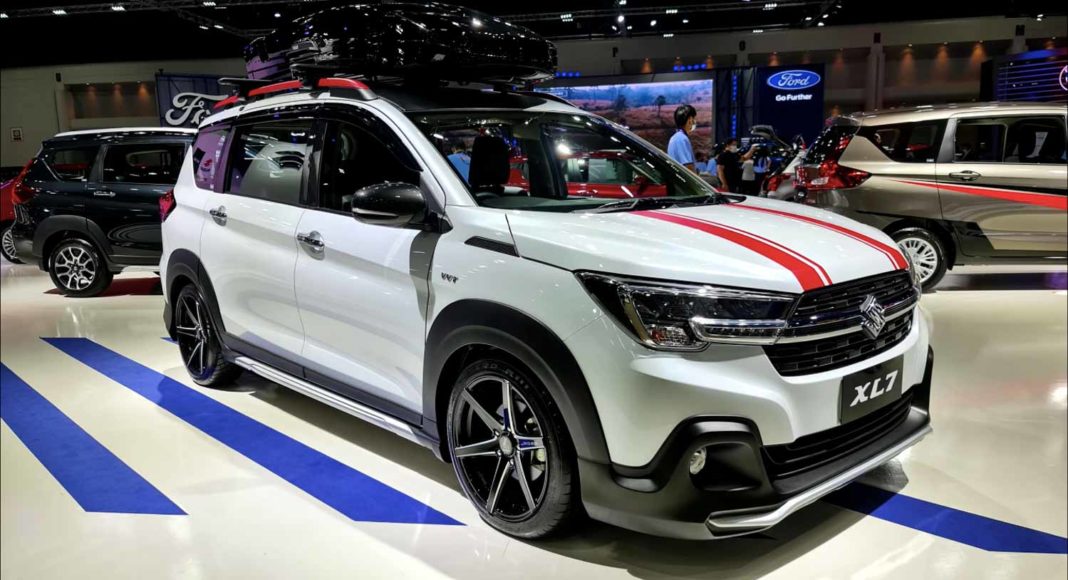 The XL7 is offered with Suzuki’s 1.5-litre K15B petrol engine that makes 105 PS of maximum power and 138 Nm peak torque, same as the India-spec XL6

The XL6 is basically a premium alternative to the Maruti Suzuki Ertiga MPV in India, with the former being sold through the carmaker’s premium Nexa dealerships. Over the Ertiga, the XL6 features a host of additions to justify the premium price tag, including two captain seats in the middle row instead of the bench seat seen in the Ertiga, some cosmetic updates to make the car appear more butch, and slightly altered interiors.

However, Suzuki retails the 7-seat version of the car in international markets like Indonesia, Philippines, Thailand and Mexico, dubbed as XL7. Here is a fully customised Suzuki XL7, showcased in Thailand at the 2021 Bangkok International Motor Show 2021 held last month.

Here is a video showcasing the custom Suzuki XL7, uploaded on YouTube by CarShow, take a look –

As compared to the standard XL7, the custom car features a white paint scheme with red stripes flowing the length of the bonnet. The red treatment can also be seen on the XL7’s roof rails, while the ORVMs feature a carbon fibre treatment. It also gets a matte black roof, and a gloss black expandable roof box attached to the roof rails.

At the rear, the custom car gets a unique black-coloured underbody spoiler with a faux skid plate and two fake exhaust outlets on the corners. The customised XL7 also features a rear wing, as well as a chrome stripe, just above where the Suzuki logo is placed. The car can be seen sitting on new after-market alloy wheels which look really sporty. The wheels look larger than the stock ones, and fit the wheel-wells nicely. 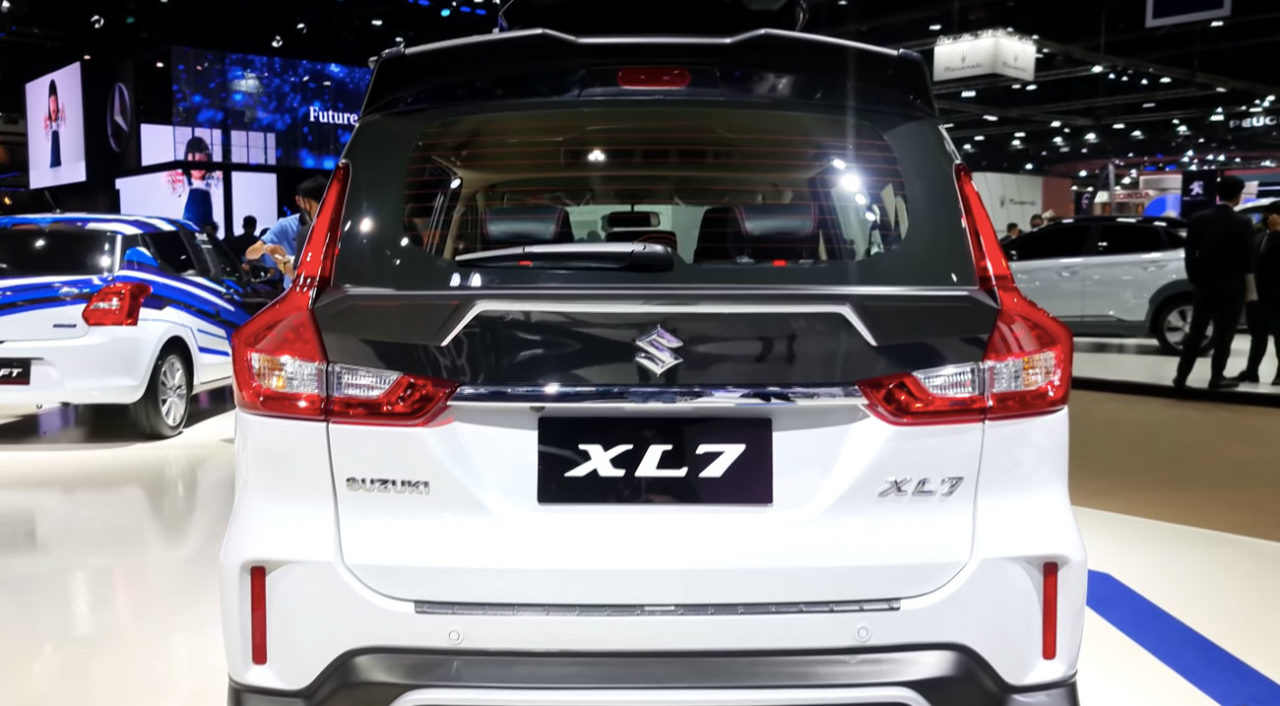 On the inside, the custom XL7 gets black and red seats with, contrasting red stitching on the seats and door inserts. The dashboard features the same carbon fibre treatment as the outside rear-view mirrors, while the rest of the cabin remains the same. As of now, the Suzuki XL7 is priced in Thailand from 779,000 baht onwards, which converts to Rs 18.61 lakh in Indian currency.