Tata Motors launched the Punch micro-SUV in October this year. In such a short amount of time, the vehicle has seen strong sales success. The vehicle comes loaded with a lot of features and equipment, and it even gets connected car tech as an optional extra. However, sunroof has been given a miss here, despite it being quite popular among buyers.

Of course, if something isn’t available officially, one can always take the aftermarket route! Here, we have a video, posted by Rohit Mehta Sai Auto Accessories, which shows us the first-ever Tata Punch to get an electric sunroof. The micro-SUV has also been given some other mods, which have been showcased in the video below.

The sunroof has been added above the rear seats, as per the owner’s request. The car gets a new headliner, consisting of black suede velvet, which looks way more premium than the stock car. The dashboard gets carbon fibre-style inserts, which sport a blue finish to match the exterior paint/AC vents, and similar inserts can be seen on the interior door panels and the floor console.

Top Gear seat covers have been installed here, which get custom neck cushions and back support cushions. The steering wheel also gets Top Gear leather wrap, and the workshop has installed leather pads on the interior door panels and a centre armrest in the front row. Floor mats have also been added, which are also from the Top Gear brand.

We also see LED ambient lighting, which looks brilliant, along with matching footlights. Illuminated scuff plates have also been installed here, and the workshop has upgraded the stock headlamps and foglamps with HID bulbs for better nighttime illumination, featuring both white as well as yellow lights. 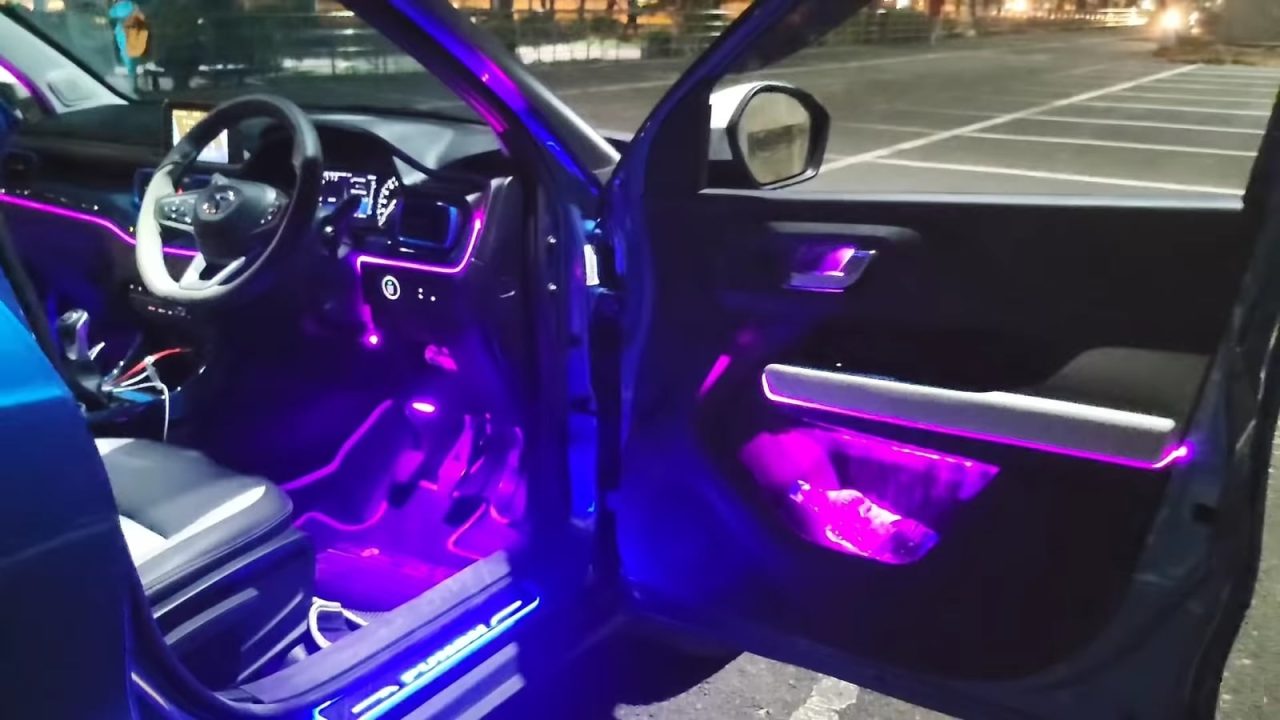 The sunroof looks great, and the host assures in the video that there would be absolutely no leaks in it. There’s a three-year guarantee as well on the sunroof, which is good to hear. Sai Auto Accessories also states that all modifications seen in the video can be installed on all variants of Tata Punch.