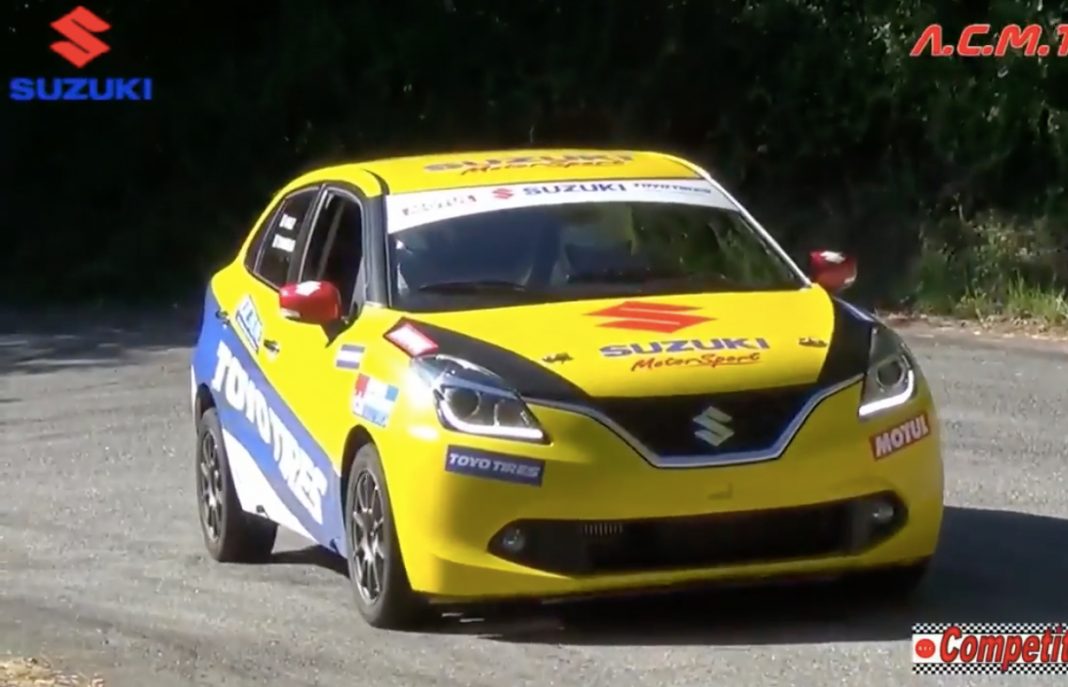 Suzuki has unveiled race-spec Baleno SR in Italy during Rally di Roma 2016. The rally version of Baleno is completely with fully cleared out interior. The exterior however remains identical to the regular model, but the body decals have added zing to this car. At the Rally di Roma 2016 the car was driven by Italy’s rally champion driver Renato Travaglia.

The interior however has been ripped off in the Baleno SR. It features Sparco steering wheel and racing-spec bucket seats with 6-point harness. Apart from that, the interior of Baleno SR also features fire extinguisher, Tecno 2 hydraulic handbrake.

Power source for the rally car is Suzuki’s 1.0-litre Boosterjet three-cylinder petrol engine, which churns out 112 hp of peak power and 170 Nm of peak torque in factory spec configuration. Suzuki Italy haven’t revealed the power output of the Baleno SR, but it claims that power output is close to Suzuki Swift Sport R1 rally car. Talking about other mechanical informations, the Baleno SR is equipped with with Ohlins suspension and custom made exhaust system by Gliese Engineering. 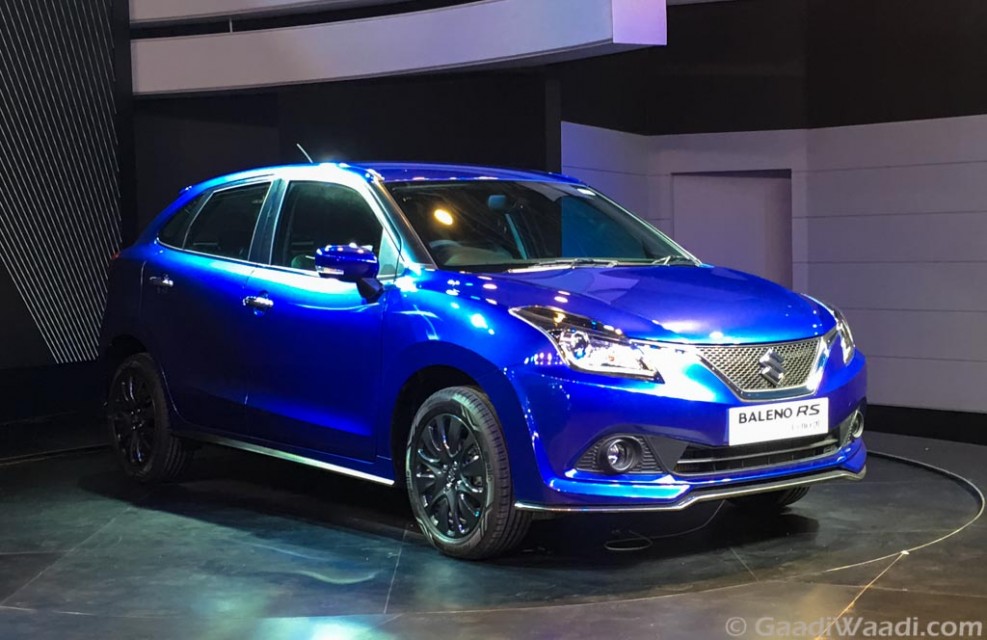 Interesting fact is that, Maruti Suzuki is preparing to launch a performance oriented version of Baleno, which will be christened as Baleno RS. The car is expected to launch soon during festive season. It will also take power from 1.0-litre Boosterjet three-cylinder petrol engine. A 5-speed manual transmission will do duty in this Baleno RS, and it could be priced at around Rs. 9 lakh (ex-showroom).