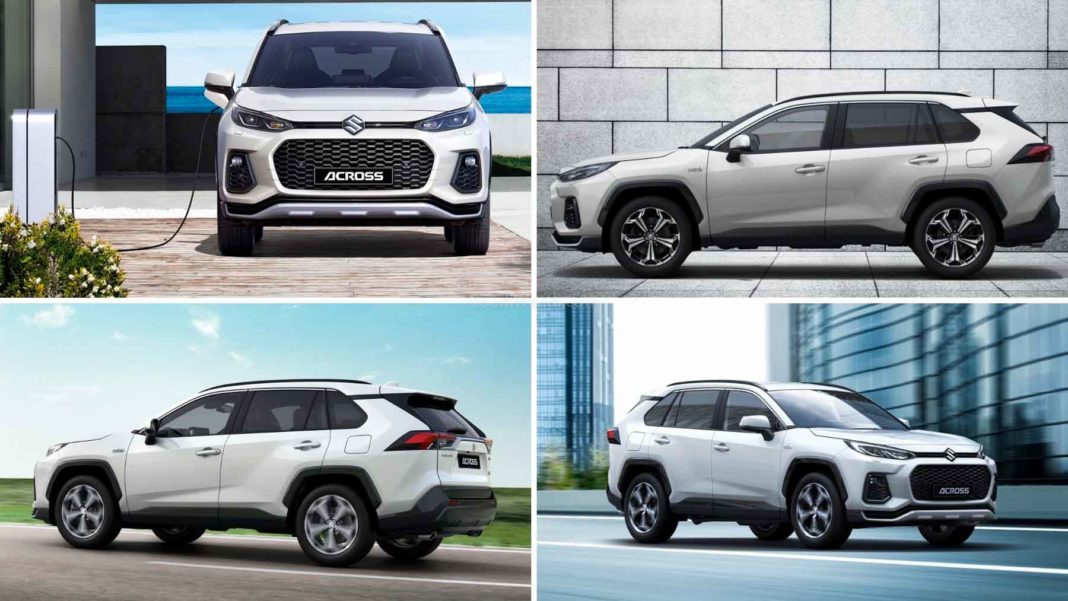 Suzuki Across is based on Toyota RAV4 and has plenty in common with the SUV including the platform, interior and features

The partnership between Suzuki and Toyota is constantly evolving not just in the domestic scenes but international markets as well. While we wait for the Toyota Urban Cruiser compact SUV, Suzuki has revealed a new premium SUV based on the Toyota RAV4. Dubbed the Across, it is produced by Toyota and it definitely does not look like a mere rebadged work as the Toyota Glanza.

The Japanese manufacturer has certainly done a good job in bringing up the Across as it is based on the hot-selling fifth generation RAV4 first introduced in April 2019, which is popular for its aggressive design, economical standards, hybrid technology and practicality. The Across gets a brand new hexagonal black front grille with slender headlamps and integrated boomerang-shaped LED Daytime Running Lights.

The upright front fascia also boasts prominent C-shaped black housing for the fog lamps and the skid plate protect the underbody of the rugged looking SUV. The rear end is almost similar to the RAV4 and other design highlights are squarish black wheel arches, black side cladding, interesting contours and character lines, black roof rails, raked windshield, chromed window line, and a kink behind the rear quarter glass ensuring a large greenhouse. 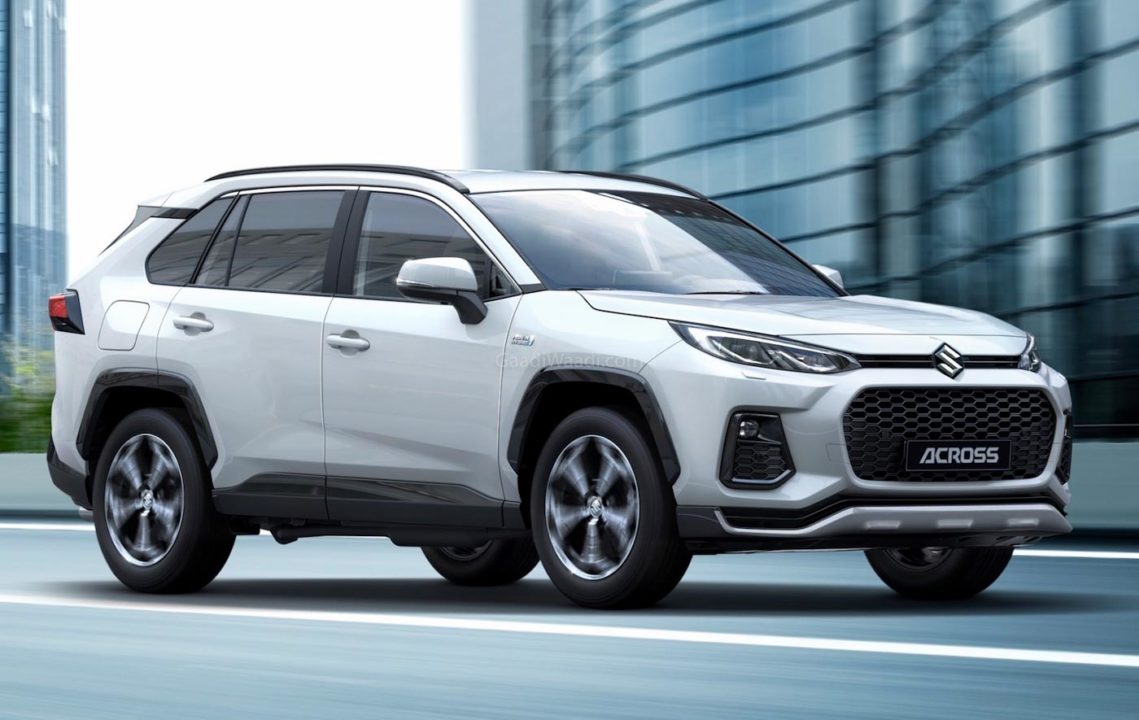 The soft touch materials used along with red stitching on the door panels, armrest and seats, as well as the overall black theme enhance the premium appeal of the Suzuki Across. When all seats are up, the bootspace capacity stands at 490 litres and it can be increased to 1640 litres when the rear seats fold down. The multi-media system supports Apple CarPlay, Android Auto and MirrorLink connectivity. 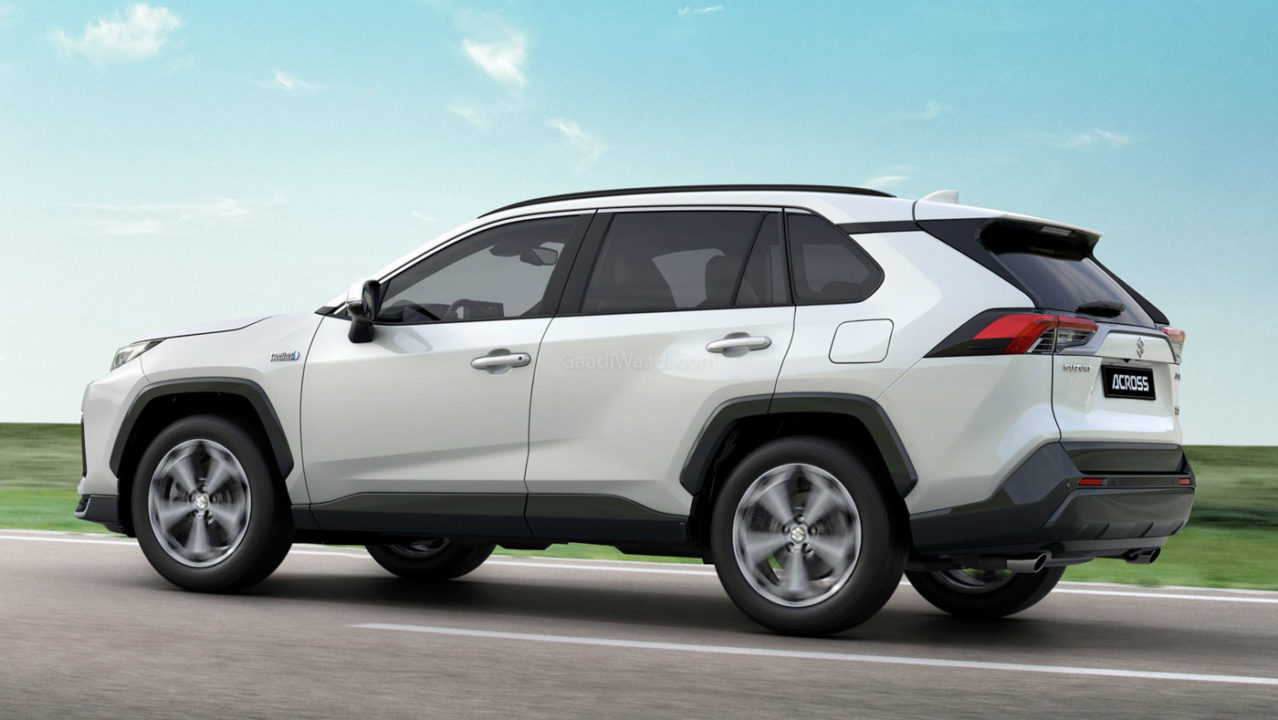 As for the performance, the Suzuki Across used the same PHEV system as the RAV4. The plug-in hybrid tech uses a 2.5-litre four-cylinder petrol engine working in tandem with two electric motors (one at the front and the other at the rear). The combined system output has not been unveiled official but the gasoline unit develops 182 hp/227 Nm, front electric motor with 180 hp/270 Nm and the rear is capable of 54 hp/121 Nm.

The PHEV system develops 302 hp in the RAV4 with 0-100 kmph acceleration time of just six seconds. Said to offer rapid acceleration, the electric only range of the Suzuki Across stands at 75 km (95 km in RAV4) and the 18.1 kWh Li-ion battery is mounted underneath the floor. Scheduled to go on sale in Q3 2020 in Europe, the TNGA-K platform based model is the first significant development coming out of the partnership between the two Japanese companies. 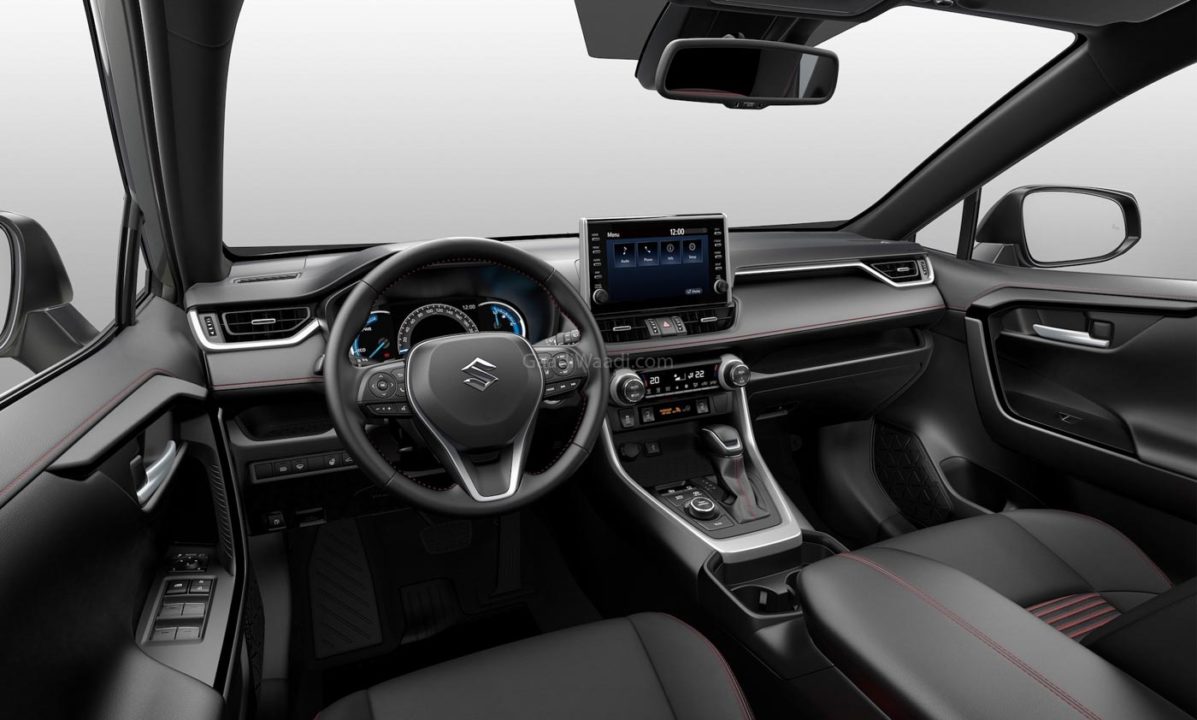 The joint statement released by both the brands in March 2019 noted that Toyota agreed for OEM supply of two electrified vehicles built on Toyota platforms (RAV4, Corolla Wagon) to Suzuki in Europe as well.