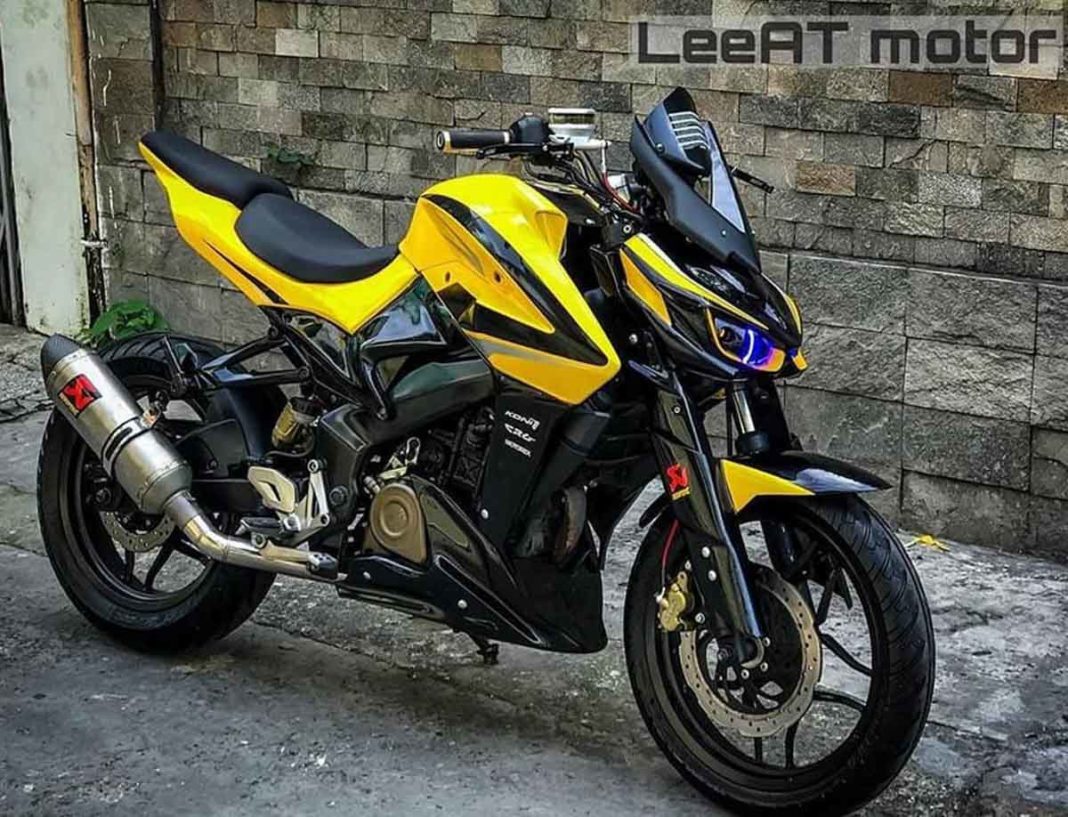 Leat Motor from Vietnam has recently transformed a Bajaj Pulsar NS200 to look like a mean and aggressive Kawasaki Z1000 Streetfighter with utmost perfection. The folks at Leeat Motors have designed a custom bodywork that takes its styling inspiration from the Kawasaki Z1000. At first glance, it is hard to even identify the donor motorcycle until and unless you take a closer look and recognize the Pulsar NS200 engine and the perimeter frame.

Talking about the change, in particular, the motorcycle gets an edgy dual headlamp setup with projector units and an LED daytime lamp. The modified Pulsar NS 200 also gets a visor at the front inspired by the Z1000. Besides the new front face, the motorcycle ditches its stock tank for a more muscular and edgy fuel tank unit with a yellow and black detailing.

The custom motorcycle features a belly pan as well that not only protects the engine but also add a muscular appeal. The stock seat of the NS200 has also been replaced with a custom split seat setup that goes well with the overall theme of the motorcycle. 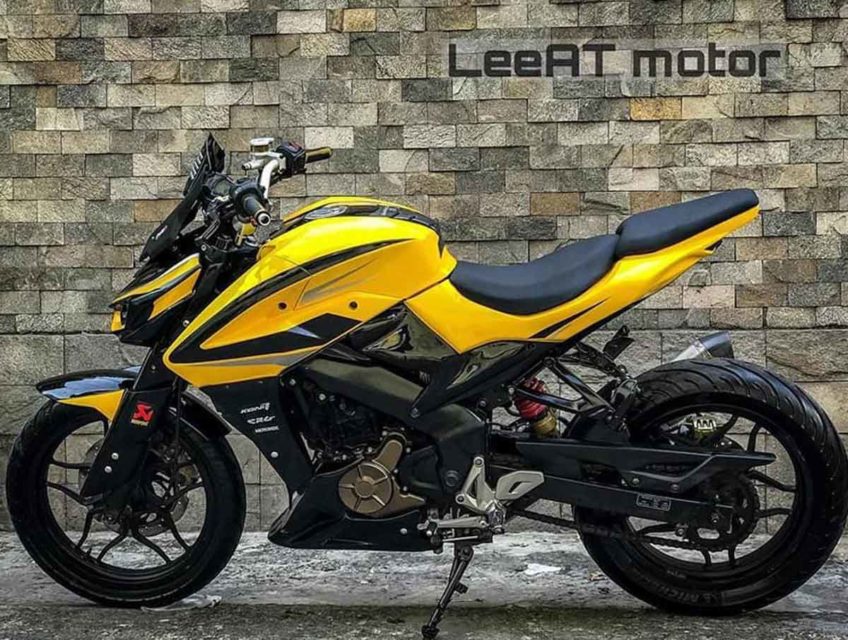 To add a more bass effective sound, the stock exhaust of the motorcycle has been replaced with a custom free-flow exhaust unit. There are no changes made to the suspension, the modified NS200 still uses a telescopic forks set up at the front and a monoshock unit at the rear.

Apart from these cosmetic changes, there are no other mechanical changes made to the modified Pulsar NS200. It is still powered by the same 199.5cc, single-cylinder, liquid-cooled engine that powers the stock Pulsar NS200. The unit paired with a six-speed gearbox produces about 23.5bhp of peak power at 9500 rpm and a peak torque of 18.3 Nm at 8000 rpm.