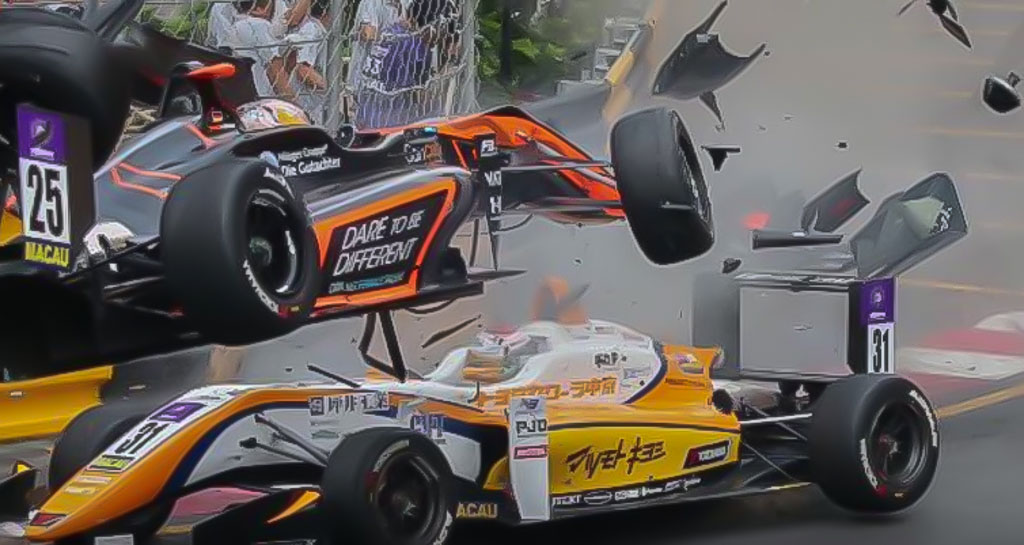 Sophia Floersch, the 17-year-old German racing driver, endured a horrific crash before ending up on the catch fence in Macau

As legendary as the circuit is with a long-lasting history of contesting races for nearly 65 years, Macau is infamous for its scary crashes and even last year we saw a 12-car pileup in the FIA GT World Cup as the narrow streets would not let go of the tiniest of mistakes.

The only street GP where both cars and bikes compete also witnessed British rider Daniel Hegarty flew into barriers off a sharp bend and lost his helmet before sustaining fatal damage in 2017. This year, German female racing driver Sophia Floersch endured a horrific crash that led to the F3 race being red flagged.

The young up-and-comer is one of the brightest open-wheel talents of the future and despite the dramatic incident, she has been confirmed to be conscious by the Macau GP organisers. Having been competing in the second half of the 2018 G3 European championship, the accident took her airborne and over the crash barriers.

Leading up to the terrifying crash, Floersch who was behind the wheel of a Van Amersfoort Racing car, lost the wheels of her machine on the first incident down the long straight in front of huge gathering of crowd that took multiple angles of her mishap. At the Lisboa Bend, a sharp right hander when the whole pack maneuvered through, the uncontrolled Floersch hit the top of Sho Tsuboi’s car.

The latter was inches away from getting majorly hurt as the 17-year-old’s car flew into the air before ramming into the catch fence. Her fellow Japanese driver Tsuboi along with a track marshal and two photographers were also taken to the hospital before being told conscious following various checks.

The accident took place on the fourth lap and Guan Yu Zhou, Ferrari junior driver, blamed the yellow caution lights on the straight. Sophia Floersch was racing close to India’s ace youngster Jehan Daruvala in 15th position and when he braked early due to the yellow lights, Sophia had no time to react.

She ran into the right rear of Jehan’s car and lost control before being a passenger in the final course of action. Much to the relief of everybody, she tweeted of being okay and would undergo surgery for spinal fracture. The race continued on after an hour delay and was won by Daniel Ticktum. We wish a speedy recovery for the resilient German!