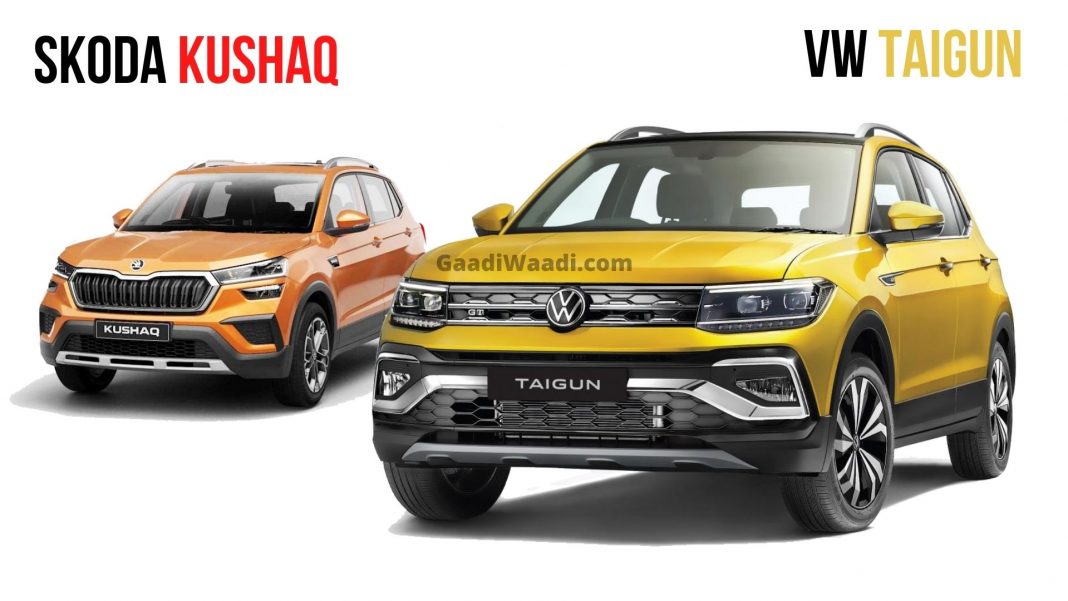 Volkswagen Taigun is set to launch in India next week, and here, we compare all its available specifications with its cousin, Skoda Kushaq

The midsize SUV segment is one of the hottest spaces in the Indian car market these days, and Skoda entered it with the Kushaq back in June of this year. Volkswagen is also planning to launch a new model in this segment, named Taigun, by the third week of September. The Skoda Kushaq and VW Taigun are both based on the VW group’s ‘MQB A0 IN’ platform, and have lots of other similarities as well.

However, there are plenty of differences as well between the two SUVs. Here, we have an on-paper comparison between the recently launched Kushaq and the soon-to-launch Taigun, to see how they measure up against each other.

Although the Kushaq and Taigun share a platform, their exterior styling is quite different. The Skoda has slimmer headlamps (vertically split), along with the signature butterfly grille at the front. The LED taillights of the Skoda are inverted L-shaped units, with high-mounted reflectors just below them. The tailgate gets a bold ‘Skoda’ badge, right in the centre. 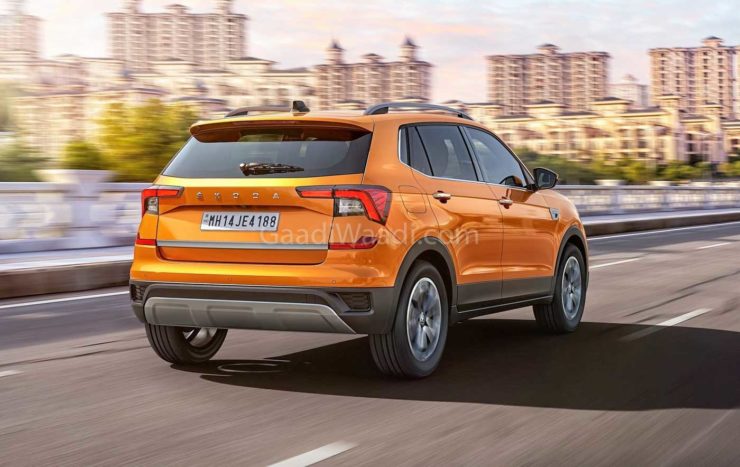 The Taigun, on the other hand, gets larger dagger-shaped headlights, with flamboyant chrome embellishment on the front bumper (on the rear bumper as well). At the rear, we see LED taillights with a single-piece design, and a ‘Taigun’ badge on the tailgate. Its complete list of dimensions has not been revealed yet. 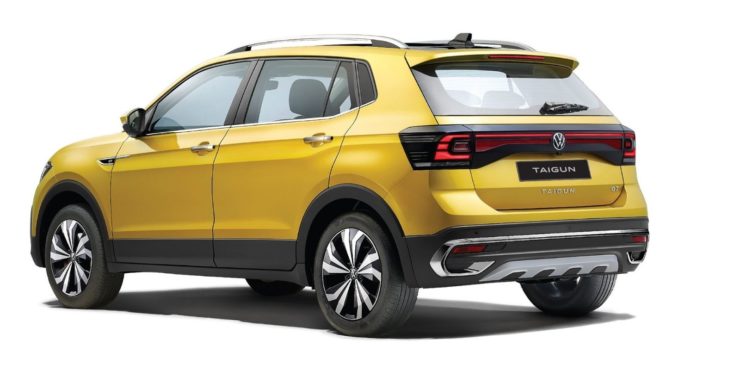 Both these SUVs get black plastic cladding all around, along with faux bash plates on the front and rear bumper. Roof rails, a roof-mounted spoiler, and a shark-fin antenna. Dual-tone, 17-inch alloy wheels are offered on both, but their designs are different.

The interior designs of these two SUVs are different as well, just like the exterior. The Kushaq’s interior highlights include a floating-type 10-inch infotainment system and a two-spoke steering wheel. It also gets a beautiful dashboard design with hexagonal AC vents at the sides, and a touch panel for HVAC controls. 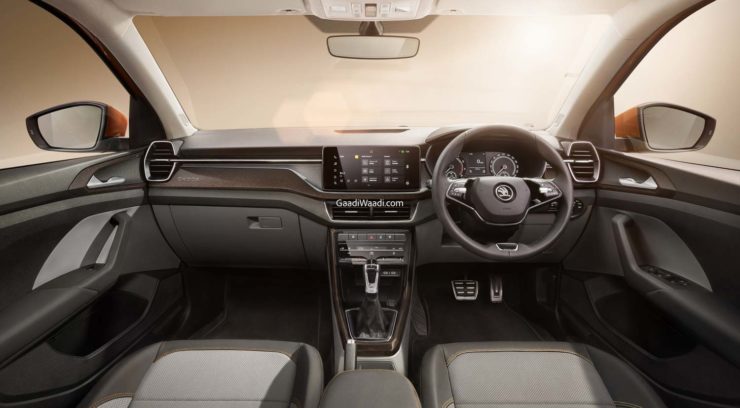 The cabin of the Taigun has a simpler design, but it still looks as classy as its Skoda cousin. The dashboard gets sleek AC vents and an integrated 10.1-inch touchscreen infotainment system, and it even gets a full-digital instrument console (with a 10.2-inch screen). 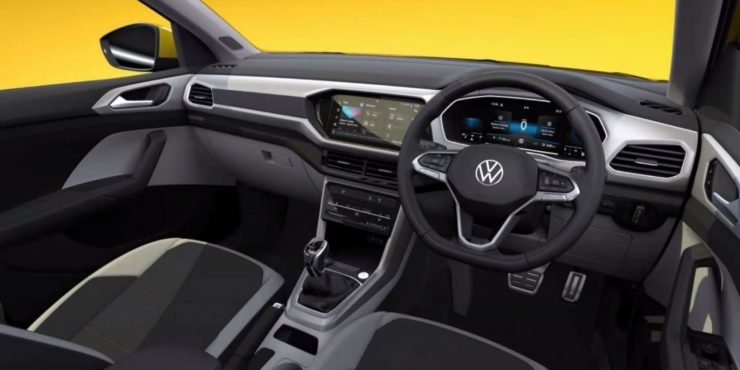 Unlike the styling, the powertrain options of the Kushaq and Taigun are the same; both the SUVs are available with two engine options. The first one is a 1.0-litre TSI petrol motor, which belts out 115 PS and 178 Nm. It can be had with a 6-speed manual gearbox or a 6-speed torque-converter automatic transmission. 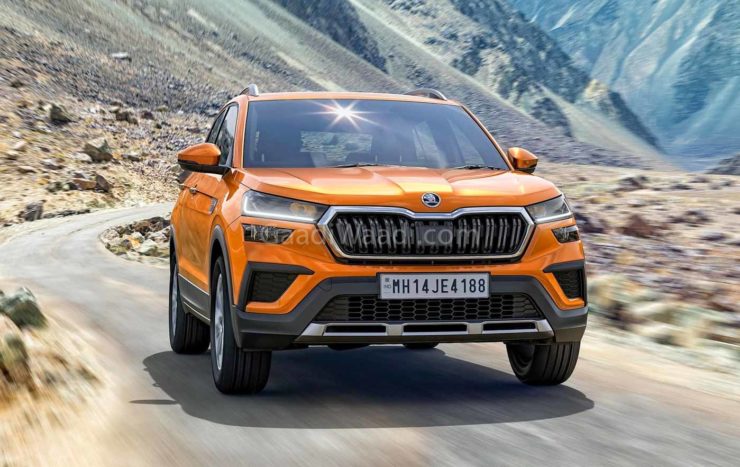 The second one is a 1.5-litre TSI mill, which generates 150 PS and 250 Nm. This powerplant comes mated to a 6-speed manual or a 7-speed dual-clutch automatic. The power is sent only to the front wheels, with no AWD option on offer. 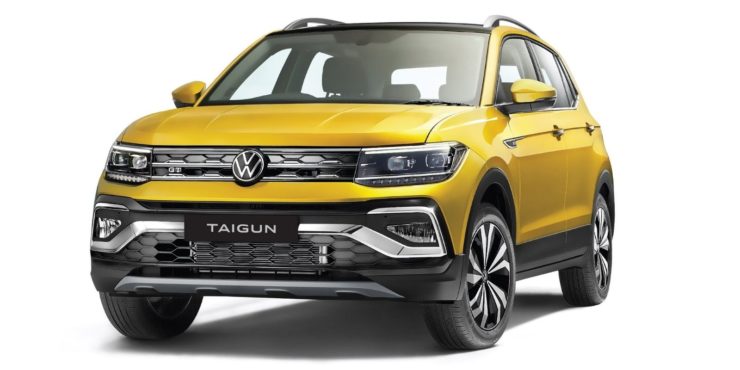