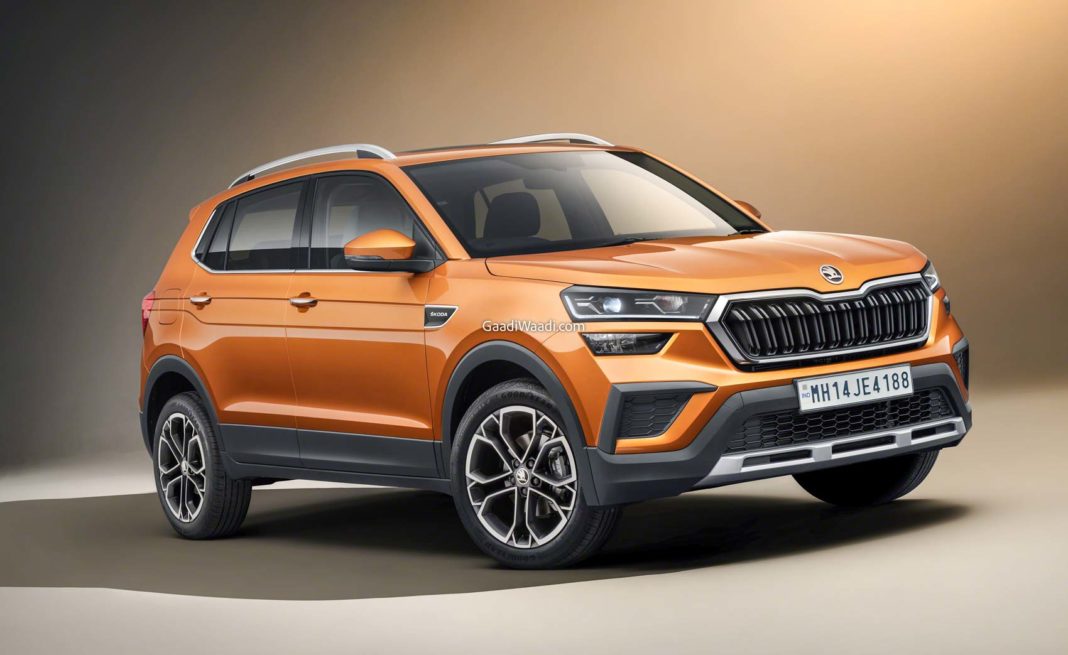 Skoda India recently released a short video of the Kushaq, which takes a close look at the exterior design of the soon-to-launch SUV

Skoda Auto India recently revealed the Kushaq SUV for the Indian market. Built on the India-specific “MQB A0 IN” platform, the Kushaq is the first vehicle to be produced under the VW group’s India 2.0 project. This upcoming SUV has an extremely handsome design, and to make sure people understand the details, Skoda has released an official video highlighting the exterior styling.

The video begins at the front end of the Kushaq, highlighting the Skoda signature grille. The grille features a chrome surround and is flanked by crystalline LED headlamps with integrated LED DRLs. At the rear, we see inverted L-shaped LED taillights and bold ‘SKODA’ badging on the tailgate. The rear fog lamps are placed quite high, just a little below the taillights.

The SUV also gets electrically adjustable and auto-folding ORVMs, with integrated turn signals. The 17-inch alloy wheels sport a unique design and a machine-cut finish. The bumpers (front and rear) get faux skid plates, and there is black plastic cladding all around the vehicle. Other noticeable details on the SUV include an electric sunroof, a shark fin antenna, and a pair of silver-finished roof rails.

As for the dimensions, the Skoda Kushaq has a length of 4,225mm, a width of 1,760mm, and a height of 1,612mm. It has a wheelbase length of 2,651mm, and a boot space of 385 litres (with the rear seats up). Skoda is offering five exterior paint options on the Kushaq – Honey Orange, Tornado Red, Brilliant Silver, Carbon Steel, and Candy White.

There will be two engine options available on the Kushaq. The first one is a 1.0-litre, turbocharged, inline-3 petrol mill, which belts out 115 PS and 175 Nm. The second one is a 1.5-litre, turbocharged, inline-4 petrol motor, which develops 150 PS and 250 Nm. A 6-speed manual transmission is offered as standard on both engines. Buyers can also opt for a 6-speed torque-converter automatic on the 1.0L engine and a 7-speed DCT on the other one. 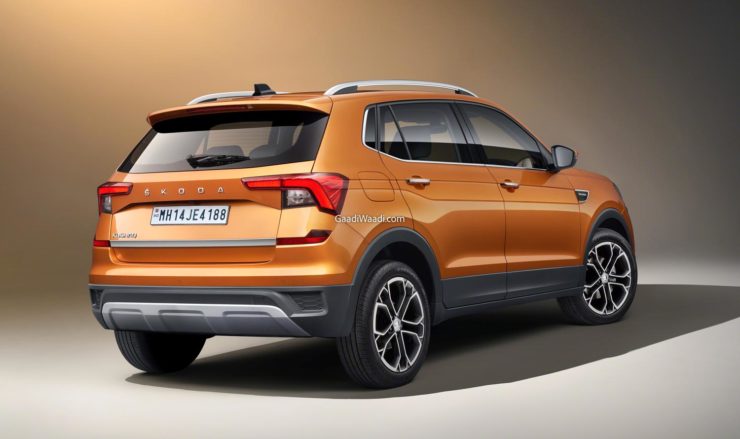 The Kushaq will go on sale in India in June of this year, and we expect it to have a starting price of around Rs. 10 lakh (ex-showroom). Upon launch, it will rival the likes of Hyundai Creta, Kia Seltos, Renault Duster, etc.