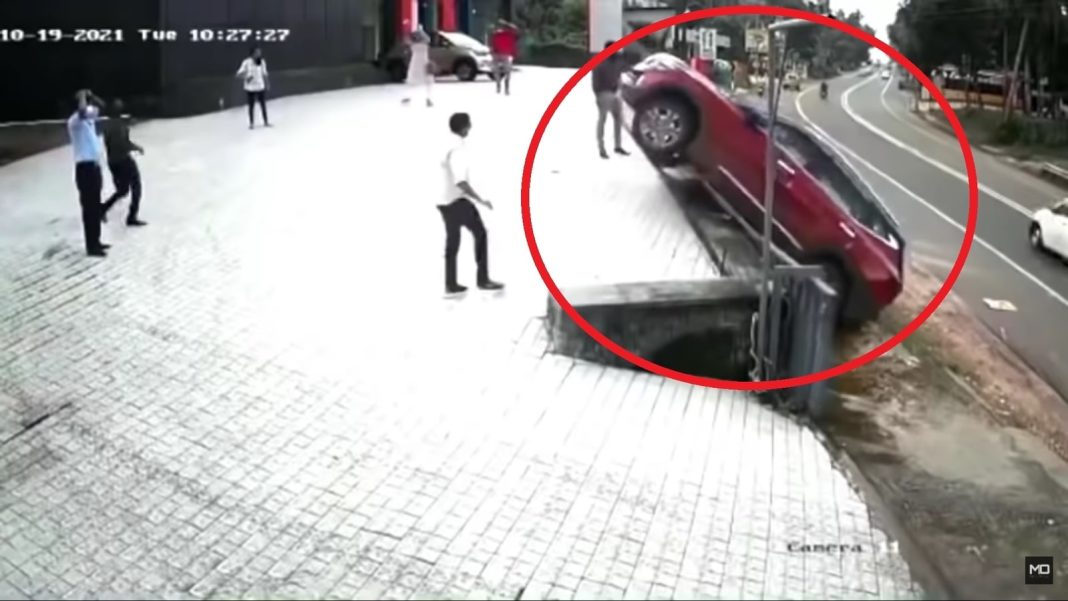 In a recent incident in Kerala, a Kia Seltos managed to roll out from a dealership and across the main road, narrowly avoiding traffic

Car accidents in and around car dealerships are quite common. Sometimes an overenthusiastic customer presses the accelerator pedal at the wrong place and time, sometimes the management fails to check if a car is securely parked before leaving it unattended. Here, we have a video of an accident of the latter kind, involving a Kia Seltos.

The video below, uploaded by It’s My Garage, consists of CCTV footage from outside the dealership where said accident took place. In it, we see a staff member rushing towards the SUV when he notices it rolling backwards. It seems like the parking brake on the SUV was not engaged. He tried to stop the Seltos by pushing it with all his strength, but to no avail, as the vehicle is too heavy for a person and the path is sloped.

Other people also rush to the SUV, with one reaching for the door to jump inside and stop it. However, he couldn’t open the door and the SUV falls down the pavement onto the main road. It continues to drive away in reverse, even as traffic continued on the road. Thankfully, it seems like no one was injured during the fiasco.

In the end, we see that the dealership staff manages to bring the car back in. It doesn’t seem like the runaway Seltos hit anything when it was off-camera. The incident could’ve turned ugly if the oncoming traffic would’ve rammed into the car, which could’ve resulted in major injuries or even death.

India has one of the highest fatality rates in road accidents in the world. In fact, road accidents are one of the leading causes of death and injury in the country. In recent times, awareness about road safety has increased, but India still has a long way to go. 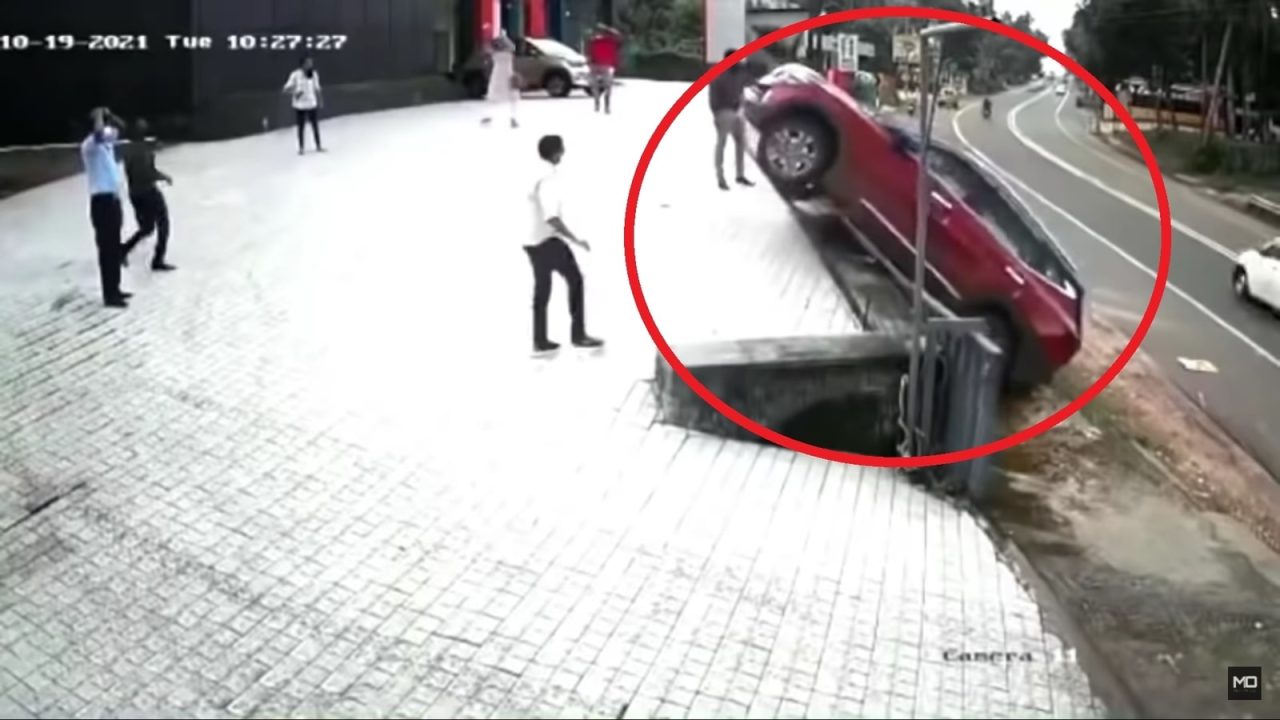 As for Kia Seltos, it is one of the most popular midsize SUVs in India. It is available with both petrol and diesel engine options, and it is extremely well equipped as well. The Seltos is currently priced from Rs. 9.95 lakh to Rs. 18.10 lakh (ex-showroom, New Delhi), and it rivals the likes of Hyundai Creta, Maruti S-Cross, Renault Duster, etc.