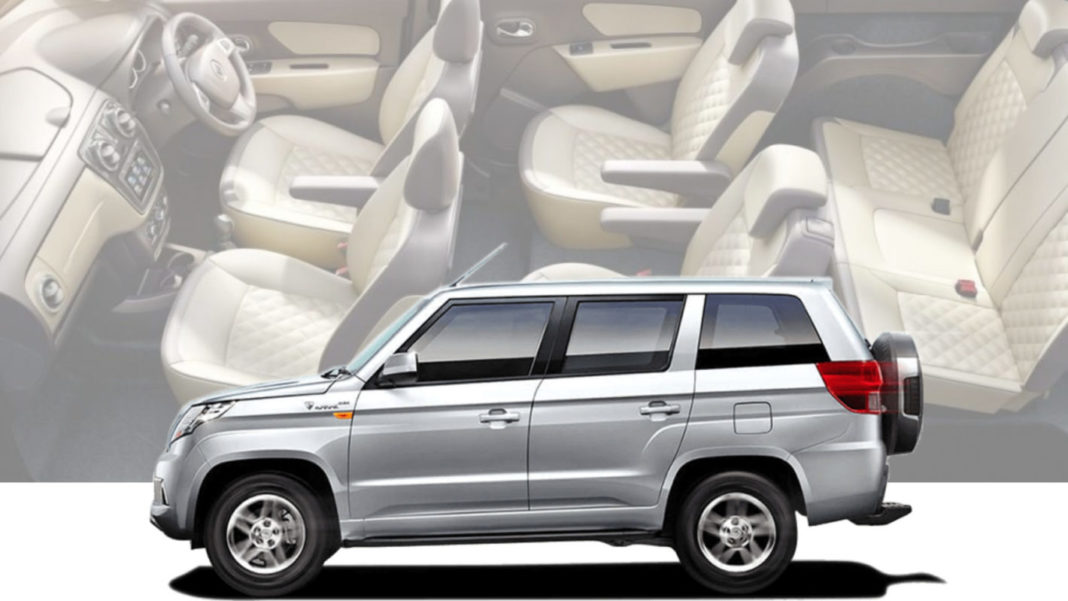 Mahindra & Mahindra will reportedly be launching a 7-seater TUV300 Plus variant in India soon. It will get a proper front facing bench seats for the third-row passengers instead of jump seats making it more comfortable and practical vehicle.

Mahindra introduced the TUV300 almost 2 years back in 2016. it was then followed by a longer TUV300 Plus version this June with a 9 seater layout and featured bigger jump seats that would accommodate 4 passengers at the rear.

Mahindra and Mahindra had already launched number of compact UVs including the TUV300, Quanto and Nuvosport in India but all of them failed to attract buyers attention compared to other vehicles in their segment. As a result, the Indian utility vehicle manufacturer is now shifting their focus from Compact SUVs to full-size SUVs which still has plenty of demand in India.

According to Mahindra officials, their plan was to make their presence felt in almost all the UV categories in India. Although they have no plans of taking their eyes completely off the compact SUV segment despite the low demand, strategy to focus more on bigger UV market comes into play. Lastly, the official also added that Mahindra is planning to introduce a new 7 seater SUV based on the TUV300 in 2019 as well.

Now, Mahindra already offers a 7 seater TUV300 here so could this possibly mean that the upcoming 7 seaters TUV variant could get more comfortable and practical rear bench for the occupants instead of the uncomfortable jump seats? Well, at least we can hope so. Under the hood expect the same 2.2-litre mHawk diesel engine from the TUV300 Plus to also power the upcoming variant.

As far as the pricing is concerned the upcoming TUV300 Plus with bench seats will be priced slightly above the current lineup. It is also expected to get some additional interior features to add more premium appeal to the product.