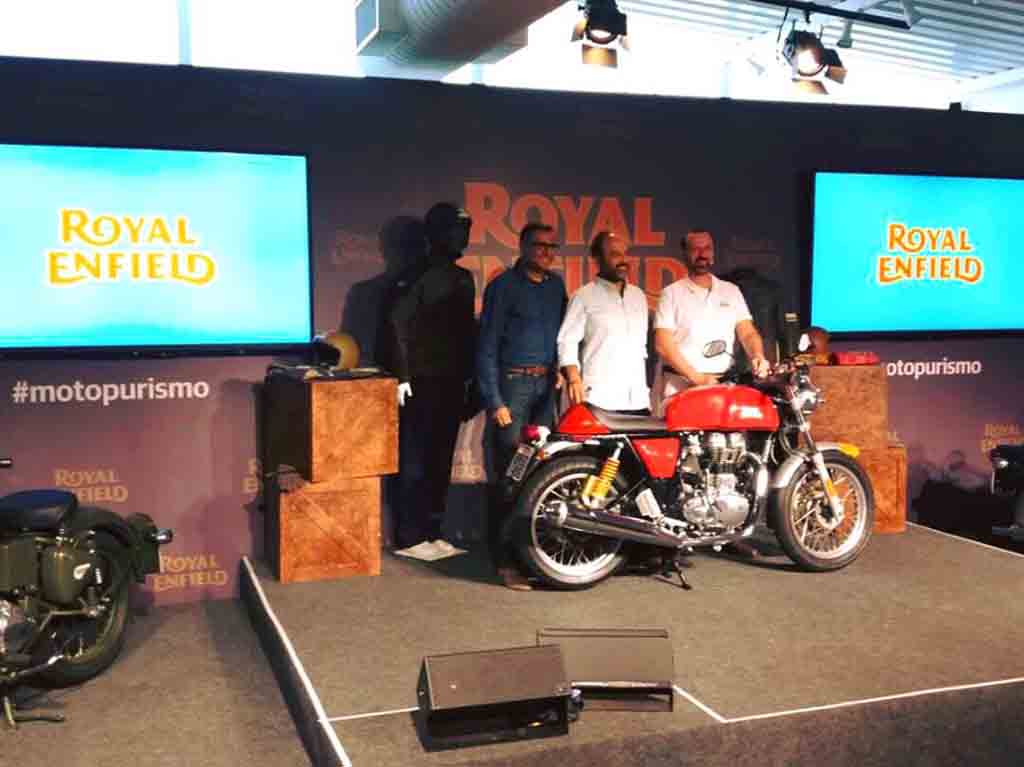 The Sao Paulo showroom of Royal Enfield is the second overseas outlet for the brand after North America; Brazilian market gets Bullet 500, Classic 500 and Continental GT 535

Royal Enfield is currently the fastest growing motorcycle brand in the world. Apart from being a very popular motorcycle brand in India, the Chennai-based company is showing keen interest to grow in the overseas markets. It opened its first direct showroom in North America earlier and now it has entered Latin market by launching the official dealership in Sao Paulo, Brazil.

Initially, Royal Enfield will sell three motorcycles in the Brazilian market, which are Bullet 500, Classic 500 and the flagship model of the brand Continental GT 535. The Classic 500 will be sold in regular version and the Desert Storm, Squadron Blue and Battle Green will be available as well. These motorcycles will be sold in both non-ABS and ABS variants (except Bullet 500) in the Brazilian market. Speaking at the launch, Royal Enfield president Mr. Rudratej Singh has said that the brand with its authentic British pedigree will be able to cater the Brazilian motorcycle enthusiasts at an affordable cost. He also said that Brazil is going to be one of the major markets for the brand after India. He also hopes that Brazilian market will help the company to become a global leader in the middle weight category motorcycle market.