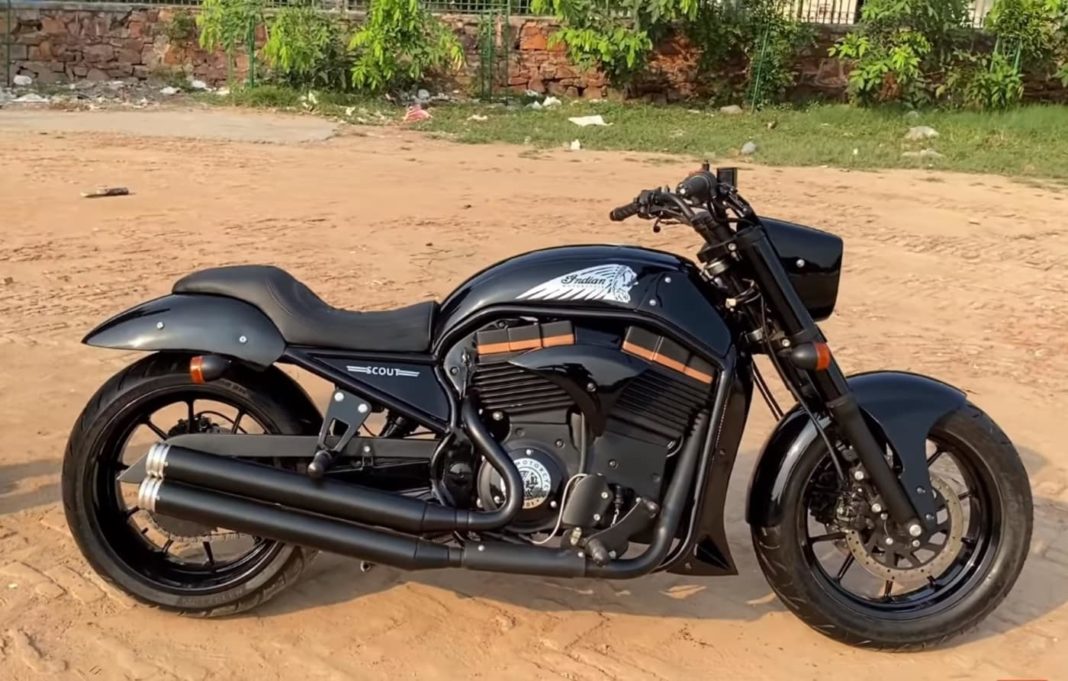 Check out this customised Royal Enfield Thunder 350, which has been transformed into an Indian Scout-lookalike

There are plenty of motorcycle enthusiasts in India, a lot of whom dream of owning a big-displacement motorbike. Sadly, due to the high price tags of such machines, complemented by massive taxes, this dream is quite hard to realise for many people. Some, however, are quite resourceful, and employ the customisation route to own their dream bike without actually buying it!

Here, we have an example of a modified Royal Enfield Thunder 350, which has been transformed into an Indian Scout lookalike. At the front, we see a black alloy wheel, with a 150 section tyre and twin-disc brakes. It also sports a custom fender, along with covers for the front forks. The headlamp unit seems to be inspired from the Scout Bobber, but gets a full-LED setup.

The single-piece handlebar is mounted on raised brackets, and you also get a pair of with the forward-set footpegs. Just behind the headlamp cowl, there is a fully-digital monochrome instrument cluster. The fuel tank is also custom, and looks extremely wide and shallow, just like on the real thing!

Just below it, we see the fake V-twin engine cover, which hides the real single-cylinder thumper inside. The motorcycle also sports a dual exhaust system, with chrome-tipped end cans. In the video, we also hear the engine roar at a standstill. The bike has a bass-heavy sound, but at idle, it sounds undeniably like a Royal Enfield.

There is a single-piece seat on offer here, which doesn’t seem to have a lot of space for the pillion. The bike also gets a custom fender, which is quite short and sporty. The rear tyre is extremely wide – 250mm – and shod onto a custom blacked-out alloy wheel with a single disc brake. The number plate has now been mounted on the left swingarm, but we’re not sure where the brakelight has been placed. 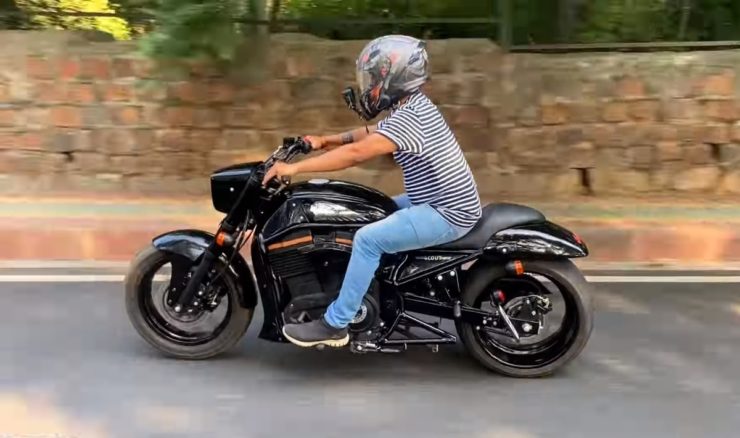 The entire motorcycle gets a glossy black paint job, and there are ‘Indian Motorcycles’ logos (decals) on the tank and at the tail. All the custom parts for this modified motorcycle are reportedly handmade, from the tank to the new frame. The modification has been performed by “Bittoo Bike Modification’, a garage based in Janta Market, New Delhi.