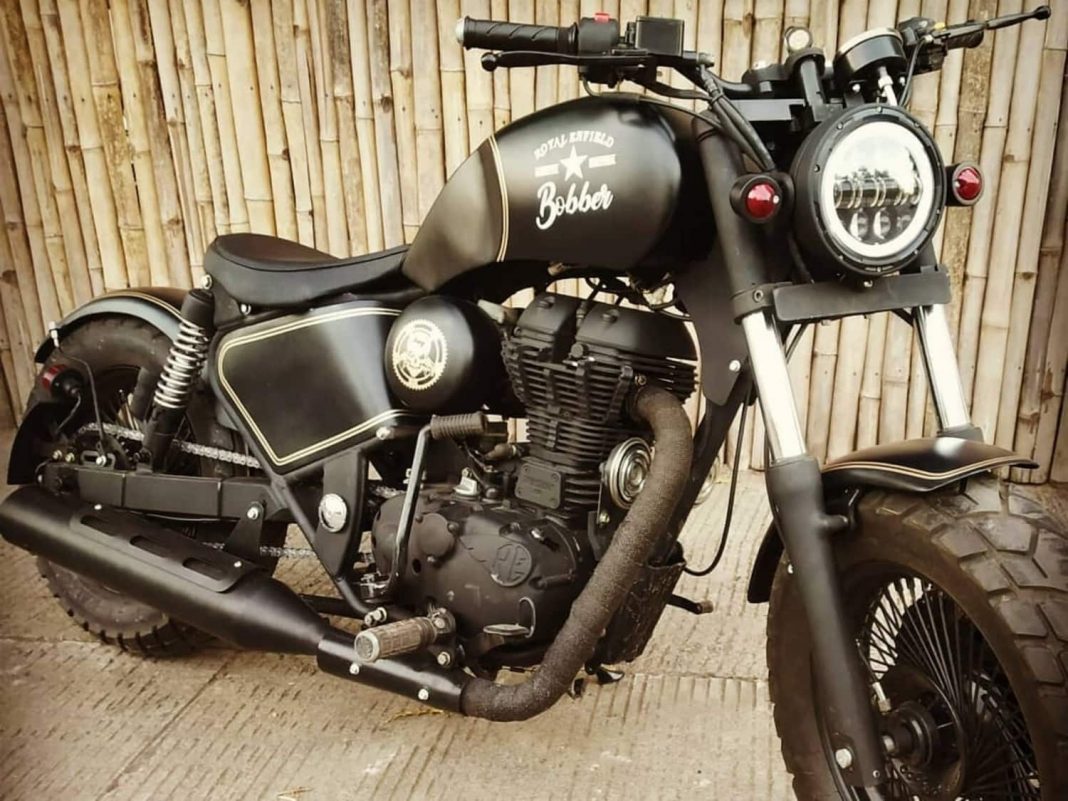 Here, we have a pretty-looking modified RE Thunderbird 350, which has been built by Indore-based Dirt Machine Custom Motors

Royal Enfield Thunderbird was first introduced in the Indian market back in 2002, as a successor to the Lightening 535. This cruiser-style bike was given a facelift in 2012, and in 2020, it was discontinued (with Meteor 350 now taking its place). Just like all other Royal Enfield motorcycles, the Thunderbird is popular among custom-builders in India, thanks mainly to the strong aftermarket support it enjoys across the country.

Take a look at this modified RE Thunderbird 350, which has been turned into a lovely bobber. The mod job, performed by Dirt Machine Custom Motors, is quite an extensive one. As per the workshop, it took almost 90 days for this project to build, and there are a lot of changes worth noticing here.

At the front, the motorcycle gets an aftermarket round LED headlamp, along with aftermarket turn indicators. The stock instrument cluster has been replaced by an aftermarket single-pod unit, offset to the left side. The fuel tank is a custom-built unit, and it gets a new filler cap as well. The bike also gets a new single seat, wide and sculpted, which seems extremely comfortable. 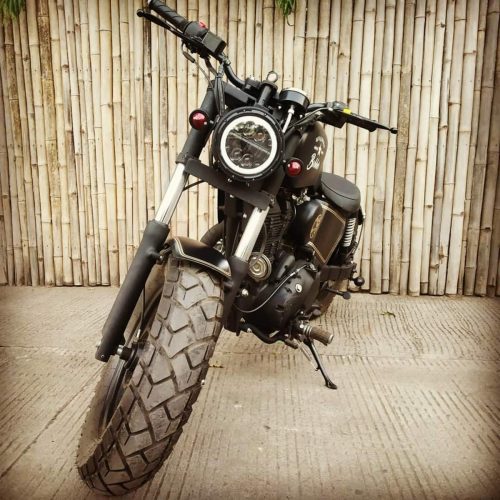 The motorcycle also gets custom airbox and beautifully crafted side panels. The rear suspension features twin gas-charged rear shockers, mounted just under the seat. We also see aftermarket wire-spoke wheels here, shod with wide 140-section tyres at the front as well as the back. To accommodate the fatter rear tyre, a custom swingarm has been used here.

The motorcycle sports a dark green paint scheme, with golden pinstripes on the tank, side panels, and fenders. We also see ‘Dirt Machine Customs’ and ‘Royal Enfield’ branding here, along with custom logos on the tank and the airbox. The engine assembly has been finished in a dark green matte finish, which looks extremely premium. 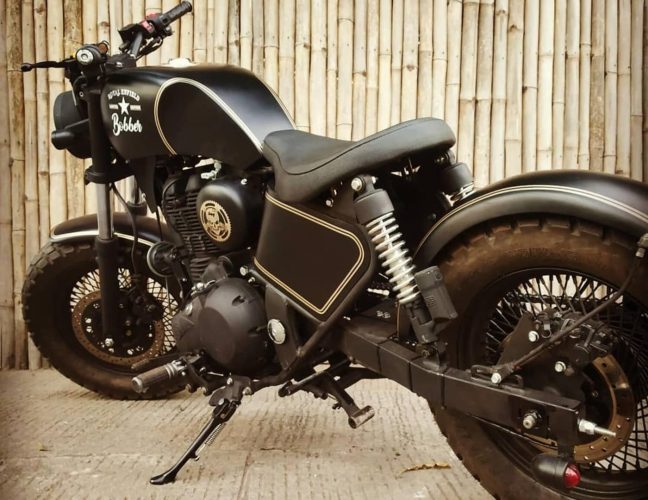 It also gets a Harley-Davidson-sourced exhaust, and the exhaust pipe has been covered in insulated wrapping. Also, the taillight and the numberplate holder have been moved to the right swingarm, which gives the tail a clean look. The overall design of this modified RE Thunderbird 350 is extremely impressive, to say the least.