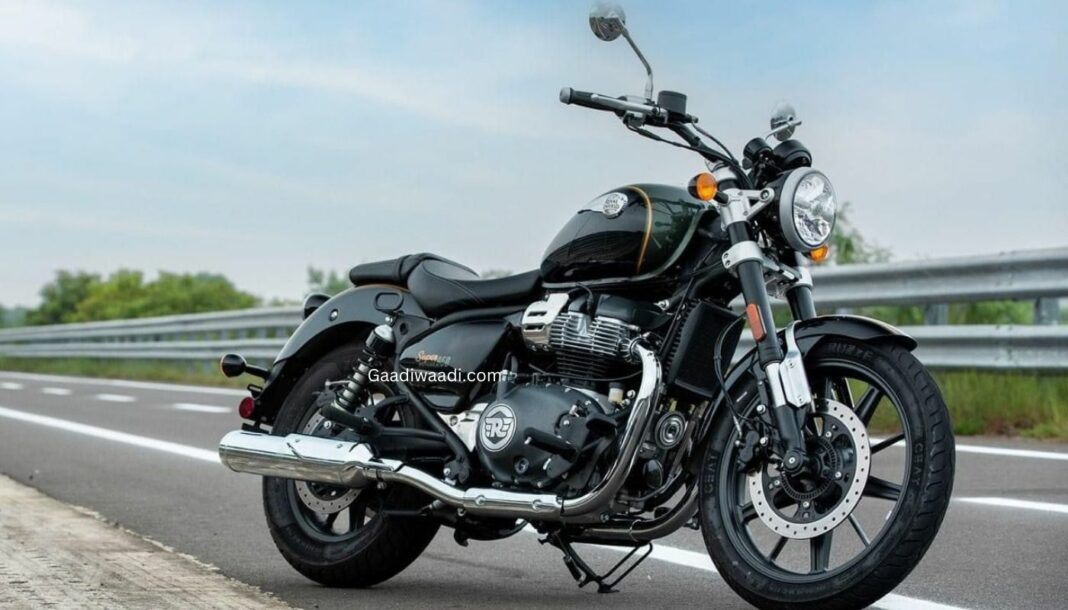 Royal Enfield Super Meteor 650 is powered by a 648 cc parallel-twin developing around 47 PS and 52 Nm, paired with a six-speed transmission

Royal Enfield hosted the global debut of the Super Meteor 650 at the 2022 EICMA show in Milan, Italy last November and it was followed by the domestic premiere at the three-day-long Rider Mania event. The prices of the flagship cruiser have been announced for India as well as Europe today and is made available in a total of two variants.

They are the Super Meteor 650 and the Super Meteor 650 Tourer in seven different paint schemes. In India, it is priced at Rs. 3,48,900 for Astral, Rs. 3,63,900 for Interstellar and Rs. 3,78,900 for Celestial tourer (ex-showroom, India) while in the United Kingdom GBP 6,799 and €7,890 max retail price in France. The dealership displays and reservations of the motorcycle have officially commenced today.

The deliveries of the Royal Enfield Super Meteor 650 will begin next month while the bookings will open across Europe today and the deliveries scheduled by the middle of March 2023. The Chennai-based manufacturer says the cruiser has been tested for more than one million km on proving tracks, Belgian PAVE, and the highways, byways, towns and city centres of India, the UK and Spain. 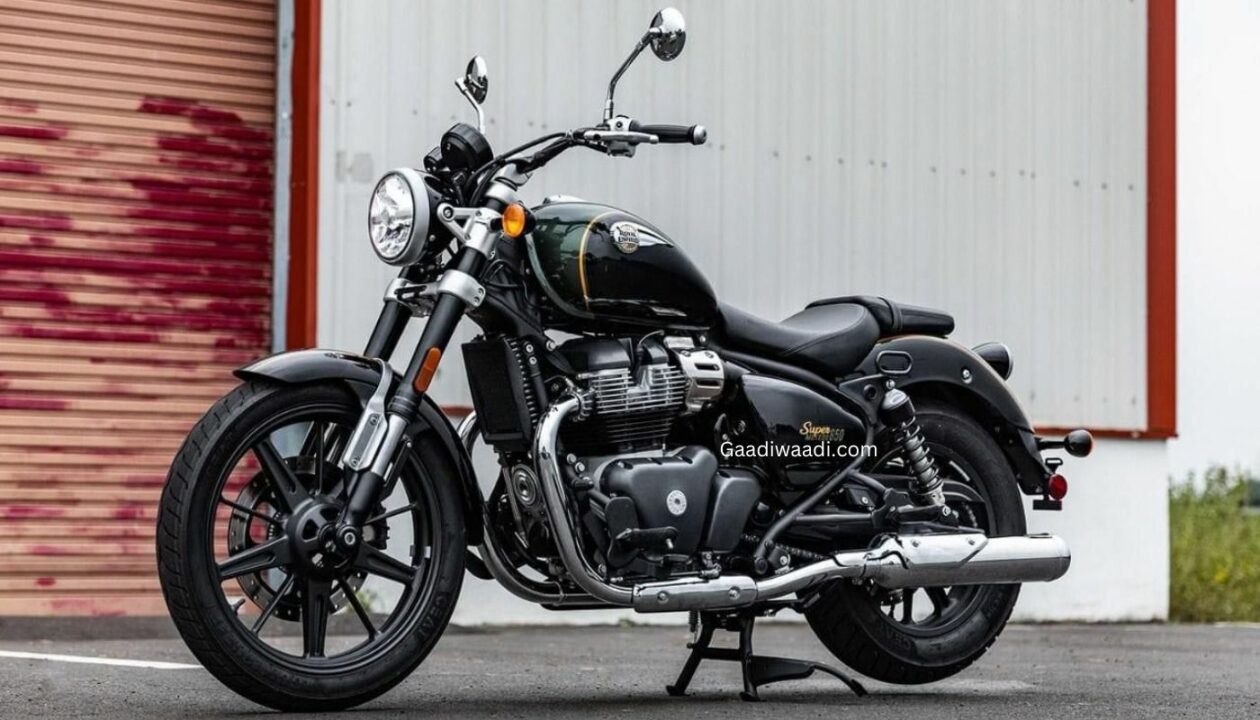 The Super Meteor is the third 650 cc offering from the brand and it builds on the success of the Interceptor 650 and Continental GT 650 by being based on the same platform with apparent modifications including a longer wheelbase to suit the cruising needs. It is positioned above its two siblings (Rs. 60k more than Int and Rs. 45k more than Conti).

Speaking on the launch, Siddhartha Lal, Managing Director of Eicher Motors Ltd. said, “The motorcycle has confidence inspiring stability, takes corners well and feels planted at highway speeds. It is a perfect mid-segment motorcycle that may actually interest even people who are not interested in cruisers. We believe the Super Meteor will expand the market for cruisers around the world and take the Royal Enfield twin platform a notch higher” 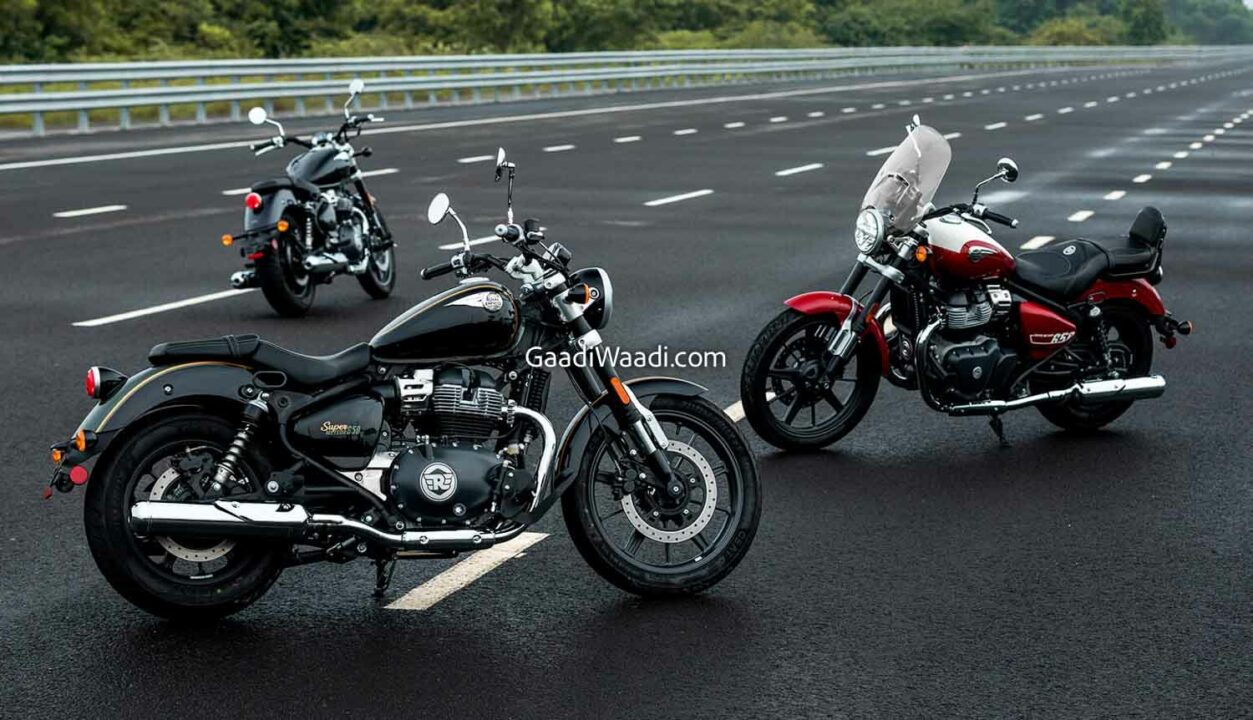 Some of the first-for-RE features in the Super Meteor are Google-powered turn-by-turn Tripper Navigation system as standard, an LED headlamp and Showa-sourced 43 mm upside-down front forks. The Super Meteor 650 boasts relaxed rider ergonomics and is designed to give top-notch stability on highways and intuitive ride quality in responsiveness to steering inputs through corners.

It is created at the UK Technology Centre in conjunction with Harris Performance while the frame and swingarm are entirely new with a low centre of gravity for high-speed stability and easy manoeuvrability. The chassis incorporates a new cylinder head mount for additional stiffness and is fabricated in steel with optimised forgings, investment castings, pressings and extrusions. 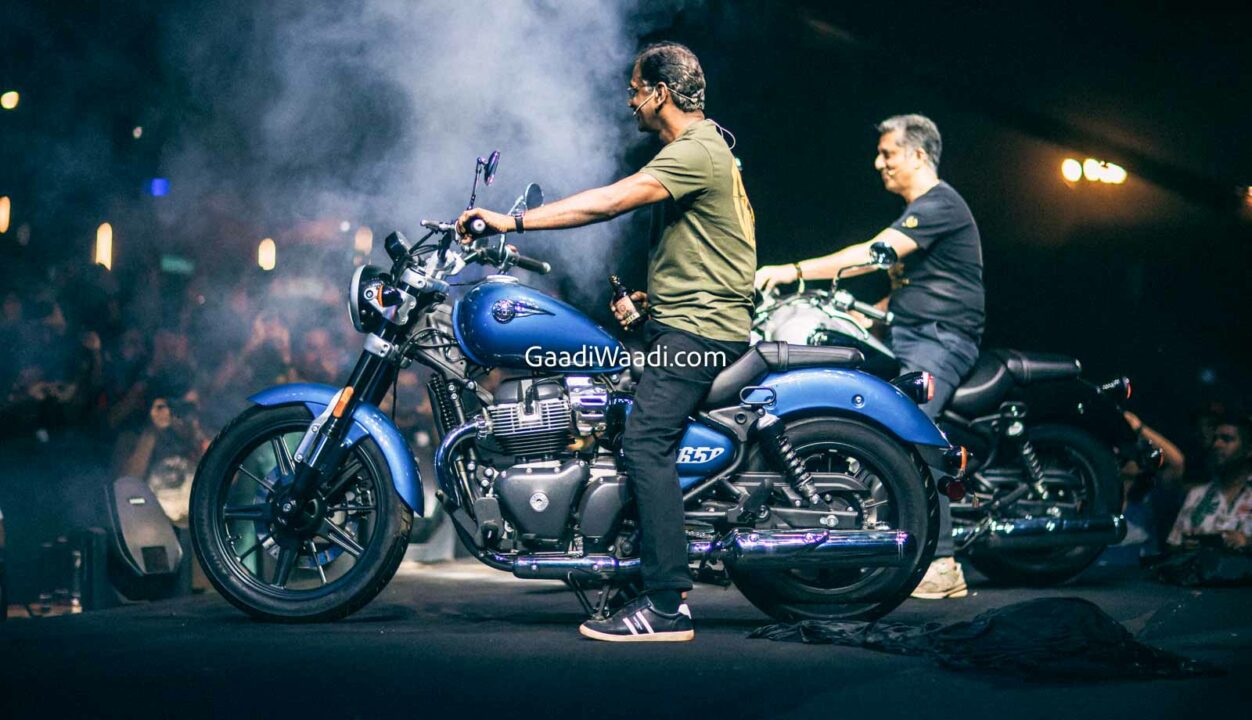 The USD forks come with a 120 mm stroke and the twin-sided rear shock absorbers with five-step preload and 101 mm travel complement the new frame. The USD forks also have big piston-damping technology for a plush and planted ride. The thoroughbred cruiser has a low riding stance and seat with wide hips and a narrow waist for comfort. 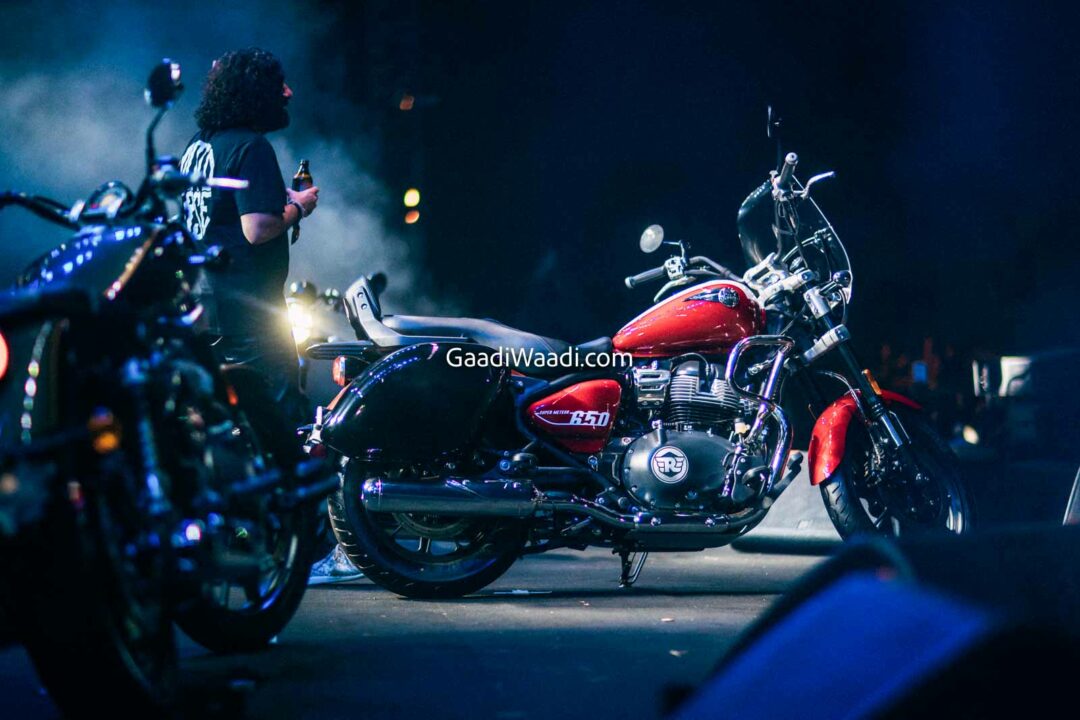 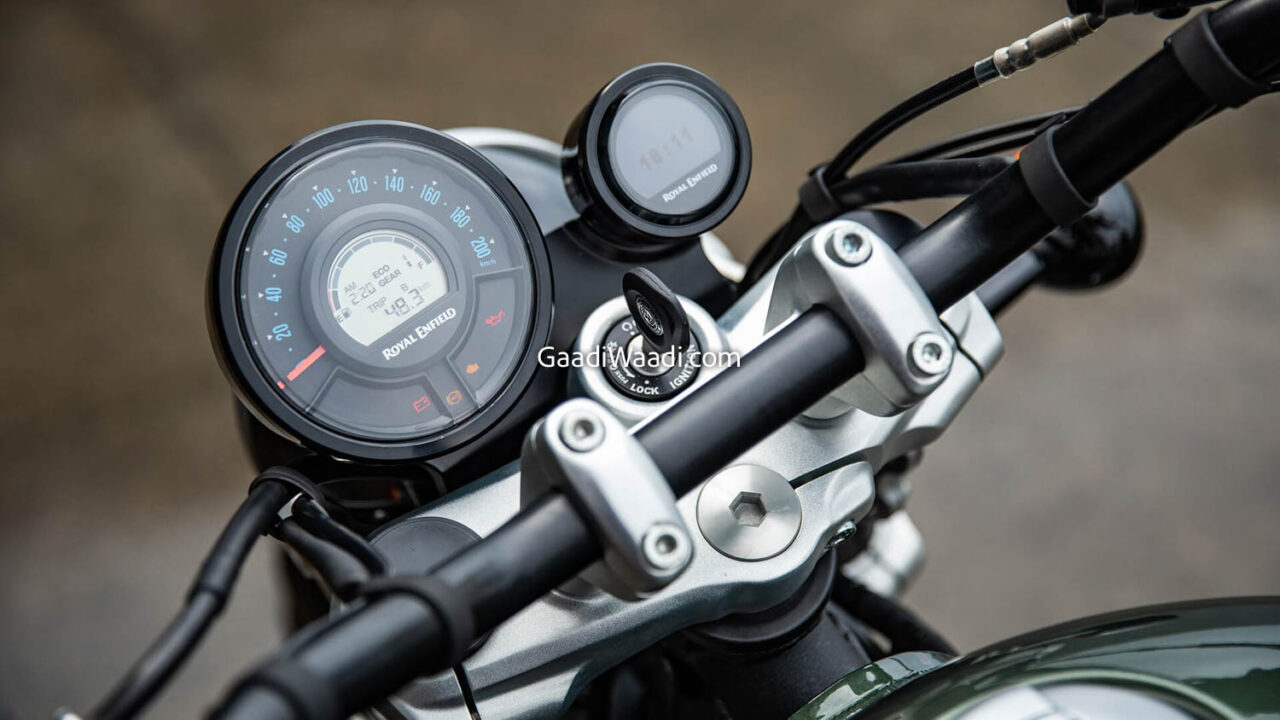