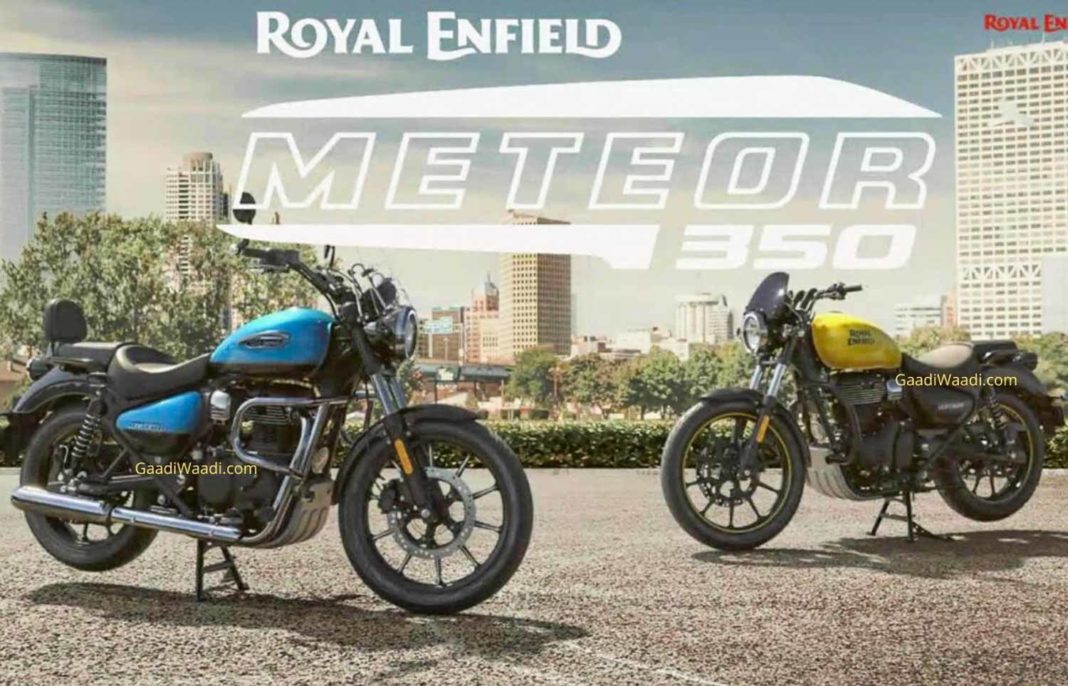 The upcoming Royal Enfield Meteor gets a new 350cc engine (with OHC), and offers dual-channel ABS as standard

Royal Enfield will soon be launching its Thunderbird 350 replacement in the Indian market, called the ‘Meteor”. The new upcoming motorcycle, gets revised styling, a new frame, and a new engine over the model it replaces. Recently, its technical specifications have leaked online, giving us a clearer picture of the upcoming RE motorcycle.

The Royal Enfield Meteor will be powered by a 349cc, air-cooled, single-cylinder engine, which can generate a maximum power figure of 20.2 BHP and a peak torque of 27 Nm. Compared to the Thunderbird 350, the power has increased by 0.4 BHP, while torque has reduced by 1 Nm. Sadly, no confirmation has been provided about the gearbox, which will probably be a 5-speed unit with slipper clutch.

Other than that, the Meteor will also get 41mm telescopic front forks and 6-step adjustable dual rear shockers. The front wheel is a 19-inch alloy unit, shod with 100/90 tyre, while the rear wheel is a 17-inch alloy unit with 140/70 rubber. Braking duties will be handled by discs on both the wheels – 300mm and 270mm at the front and rear, respectively. The company will also offer dual-channel ABS as standard. 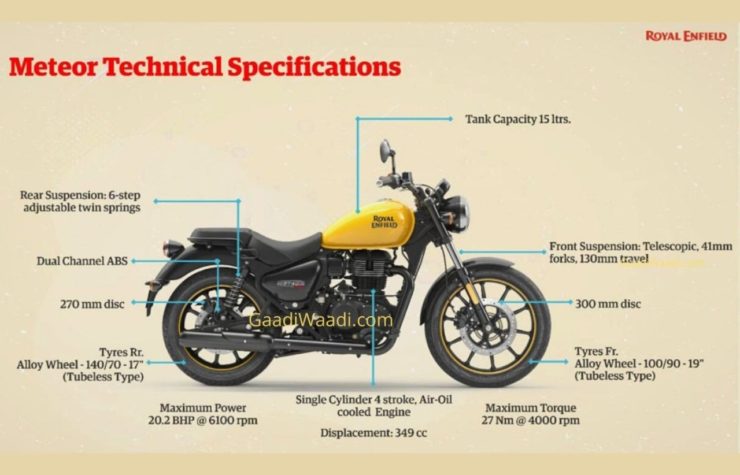 The comfort factor of the Meteor will be high, with forward-set footpegs, low seat height, and raised handlebars giving it a relaxed, leaned-back riding posture. The bike also offers a split seat design, along with split grab rails for the pillion. The fuel tank will be a 15-litre unit, which is smaller than the Thunderbird’s 20-litre tank.

Royal Enfield will also offer a completely new instrument console, which looks much more upmarket than anything the brand has built before. It gets a lopsided twin-pod cluster, with the larger one featuring an analogue speedometer and tell-tale lights, while the smaller one gets a TFT colour display for the navigation system. 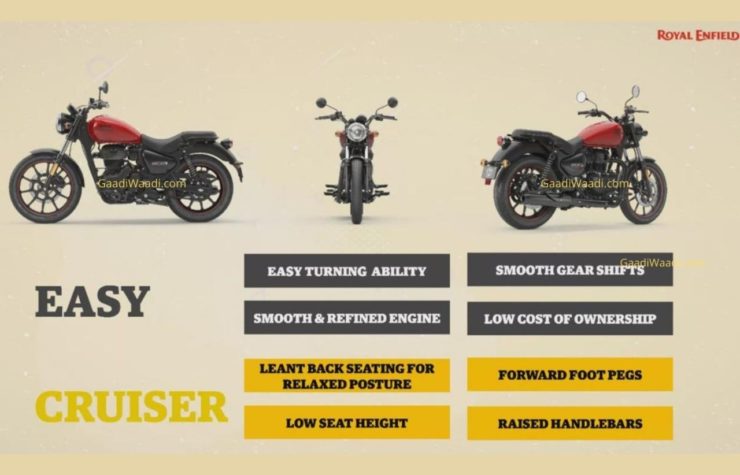