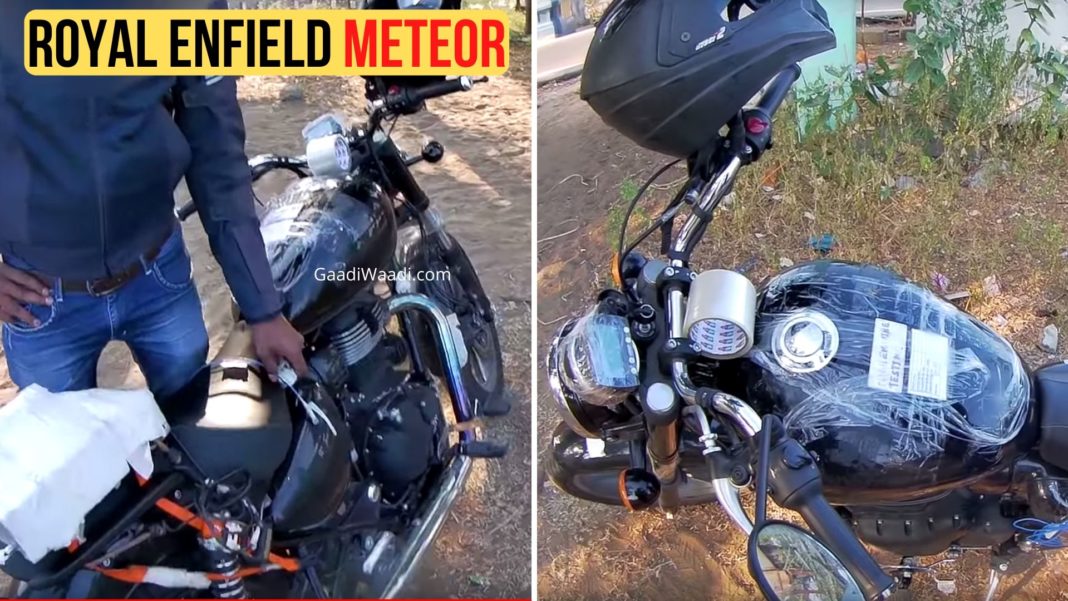 Recent reports emerged on the internet indicated that the existing Royal Enfield Thunderbird will be replaced by a brand new nameplate dubbed the ‘Meteor’. Hot on the heels, a video posted on Youtube shows the name being used on the prototype test machine. The rider of the test mule told the Youtuber of the name change and thus more or less confirming its existence.

The test mule was doing rounds on what appears to be checking the NVH levels. Internally codenamed the J1C0, the new motorcycle will be underpinned by the flexible J architecture and it will also give rise to the new generation versions of the Bullet and Classic. In 2019, Royal Enfield endured tough times in sales as its top-selling Classic 350 could not fetch as high volumes as it used to be.

With BSVI regulations just around the corner, the homegrown manufacturer has already begun updating its models. In what can be said as the last hurrah for the 499 cc single-cylinder engine, Royal Enfield is reportedly working on a BSVI compliant motor that will debut alongside the new-gen series later this year and its engine capacity will likely lie somewhere between 346 cc and 499 cc.

It is expected to be the very engine, inspired by the 650 cc parallel-twin found in the Interceptor 650 and Continental GT 650 with an overhead cam, powering the Royal Enfield Meteor. The 499 cc engine will cease to exist in the BSVI era and thus it won’t be sold beyond March 31, 2020 and in the coming months, Royal Enfield is said to launch a women-centric and easy to ride motorcycle.

The test mule of the Meteor can be seen sporting the newly designed tail lamp and a digital instrument console. The design changes compared to the Thunderbird will be evolutionary and it must be noted that mechanical improvements will be part of the equation to increase the ergonomics, comfort and convenience factors of the rider as well as the pillion.

Reduced vibrations, improved handling characteristics and responsive throttle are expected to be the main improvements with lowered NVH levels. A few weeks ago, RE introduced the BSVI Classic 350 and Himalayan in the domestic market.