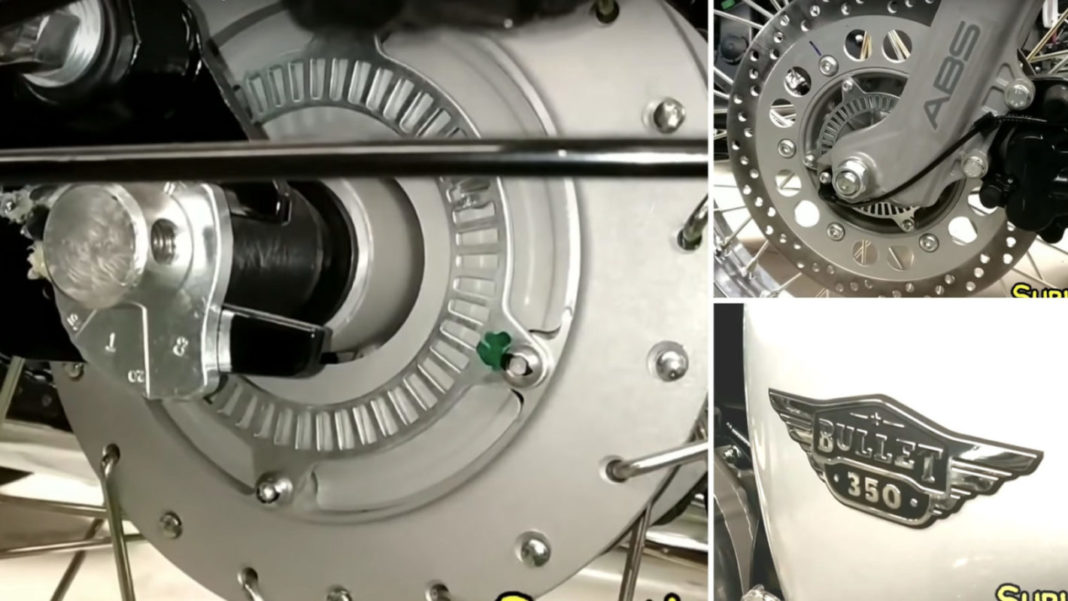 The Antilock Braking System (ABS) has become mandatory for the sale of any kind of private vehicle in India. All the two-wheelers with engine capacity of 125cc or above, be it a gearless scooter or a motorcycle, have to be equipped with ABS now.

However, their entry-level bike – the Bullet 350 gets a drum brake set-up in the rear wheel while the front wheel gets a disc brake. Royal Enfield has added the ABS feature in the rear drum brake in the new lot of Royal Enfield Bullet 350, which will allow company to keep the price competitive in the market.

Royal Enfield earlier dispatched Bullet 500 and Bullet 350 ES with rear disc-brake set-up. However, even the models with rear disc brake did not offer the ABS (not even single-channel). The new model with dual-channel ABS and rear drum brake have now arrived in the showrooms.

The video shows that Royal Enfield has fitted the rear drum brake with the new ABS sensor ring, which is identical to the ring in the disc brake ABS set-up. The mechanism of the ABS stays the same with disc brake and drum brake. The system works to avoid the brake lock-up when the brakes are applied suddenly under panic, or the surface does not offer enough traction.

The new rules also mandate Combined-Brake system on all the two-wheelers powered by an engine, which is lower than 125cc capacity.